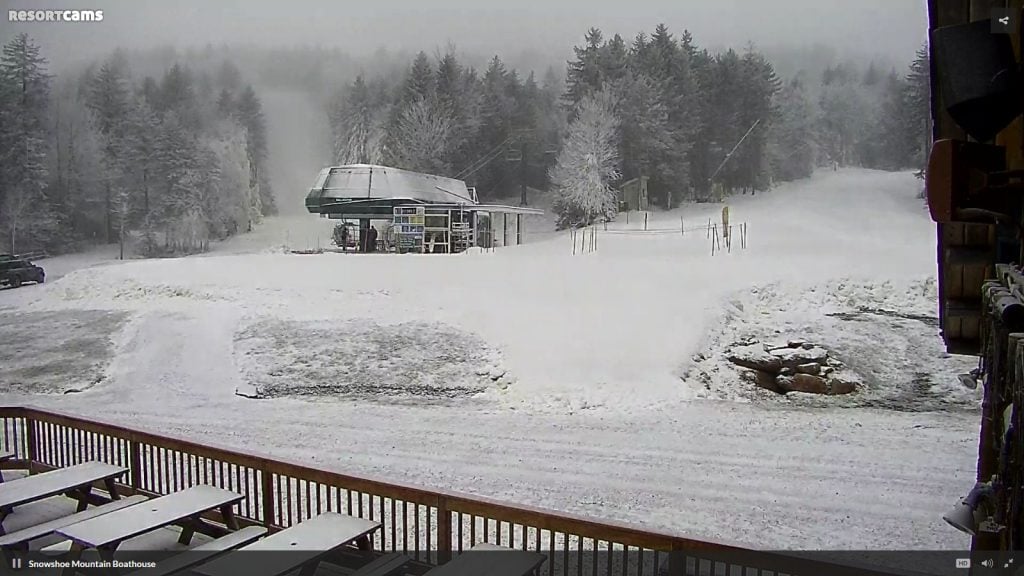 I was up this morning by 5:50am working out when I got a text from Brad Moretz, President of Appalachian Ski Mountain in Blowing Rock. He shared, “It didn’t get to 29° until 3am and we had high humidity – close to 100%. We were not able to make snow at all last night.”

So Brad and his crew have suspended ski and snow ops until later next week when an arctic front sweeps through sending temperatures into a nosedive. We will see snow showers next weekend and Friday will be the coldest day we have seen since last February. It’s time to find all of your cold-weather gear!

There’s even better news pertaining to the weather as we get into next weekend and the following week but I’ll share that news a bit later.

For today, we’re talking a bit about “playing the cards you’re dealt”. I was speaking with someone a week or so ago and they were reminding me that they had spoken with me about two years ago about the idea of opening a ski area in the region and he shared that his potential partners were all pencil-pushing worst case scenarios about how much money could be made by operating a successful ski area.

Fast forward a year or so later and he shared that his partners were playing a “wait and see” game in terms of how feasible that venture would be with the challenging weather we’ve seen in the last 18 months.

He reminded me that I had told HIM that our ski area operators ALL have a bit of “Riverboat Gambler blood” in them.

Case in point is while Brad and Appalachian are awaiting the great cold-weather pattern that begins NEXT week, others in the region are doubling down on their bets and making snow like crazy this morning as temps at a few locations DID ALLOW for snowmaking. 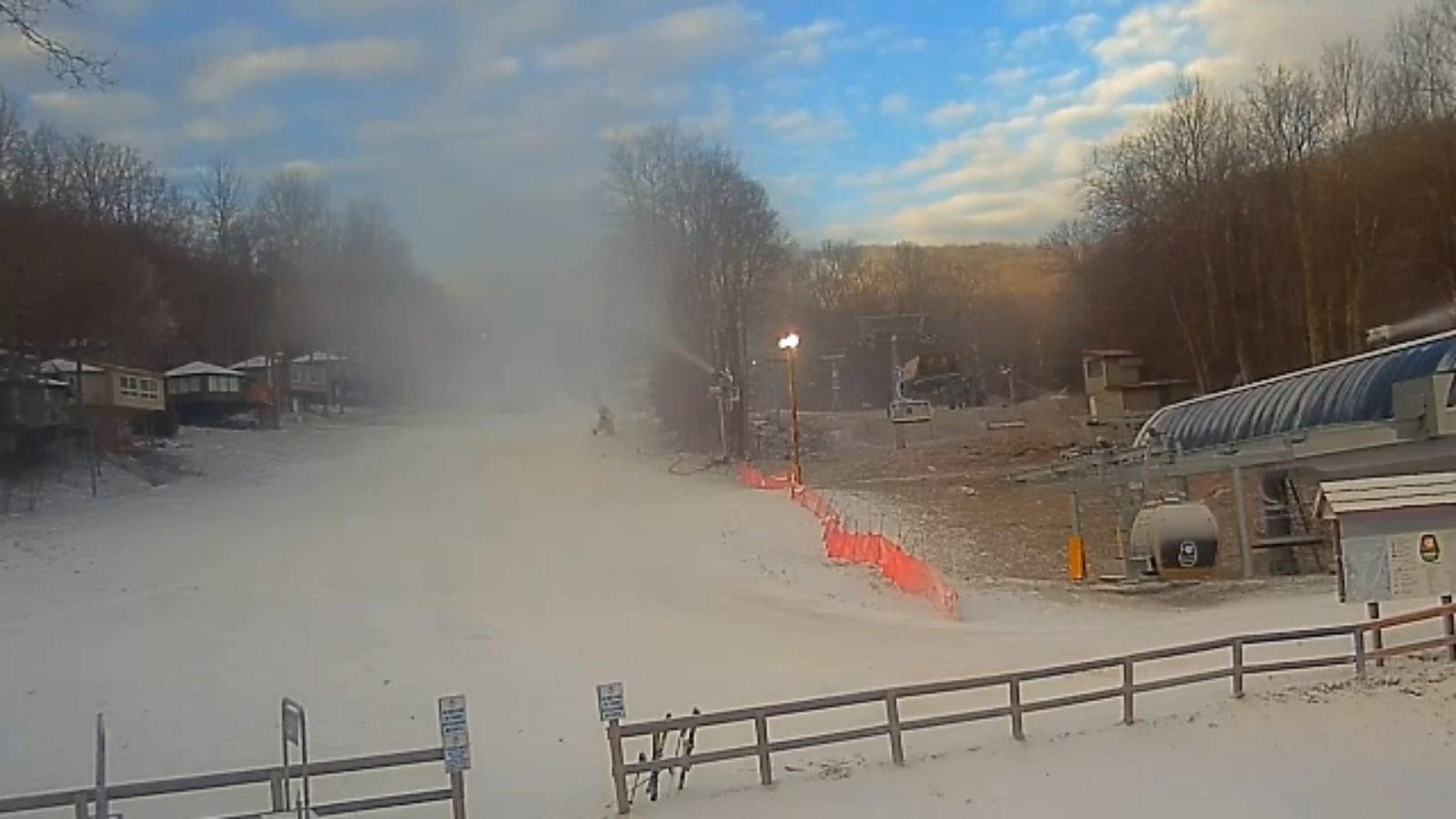 Click to Enlarge image at Sugar via their LIVE CAM

Sugar Mountain Resort – 23° and making snow as of this early morning. Open for day and night sessions with 4 slopes and 1 lift. Ice skating is open as well.

On the other hand…

Snowshoe Mountain Resort is showing 24° and they are acting like everything is “business as usual” and that’s because it IS. The cold temps have allowed them to make a lot of snow.  Shawn Cassell posted, “This run of cold weather means that our snowmakers are putting down a lot of fresh snow, making great conditions for Demo Days this weekend, and these lower temperatures mean we could make even more snow.

Progression Park is open with 9 features, including 1 jump. The Mountaineer Parks Crew have put in two new features in the past two days including the “Pontoon”– our new “Never Summer” feature for the mountain. 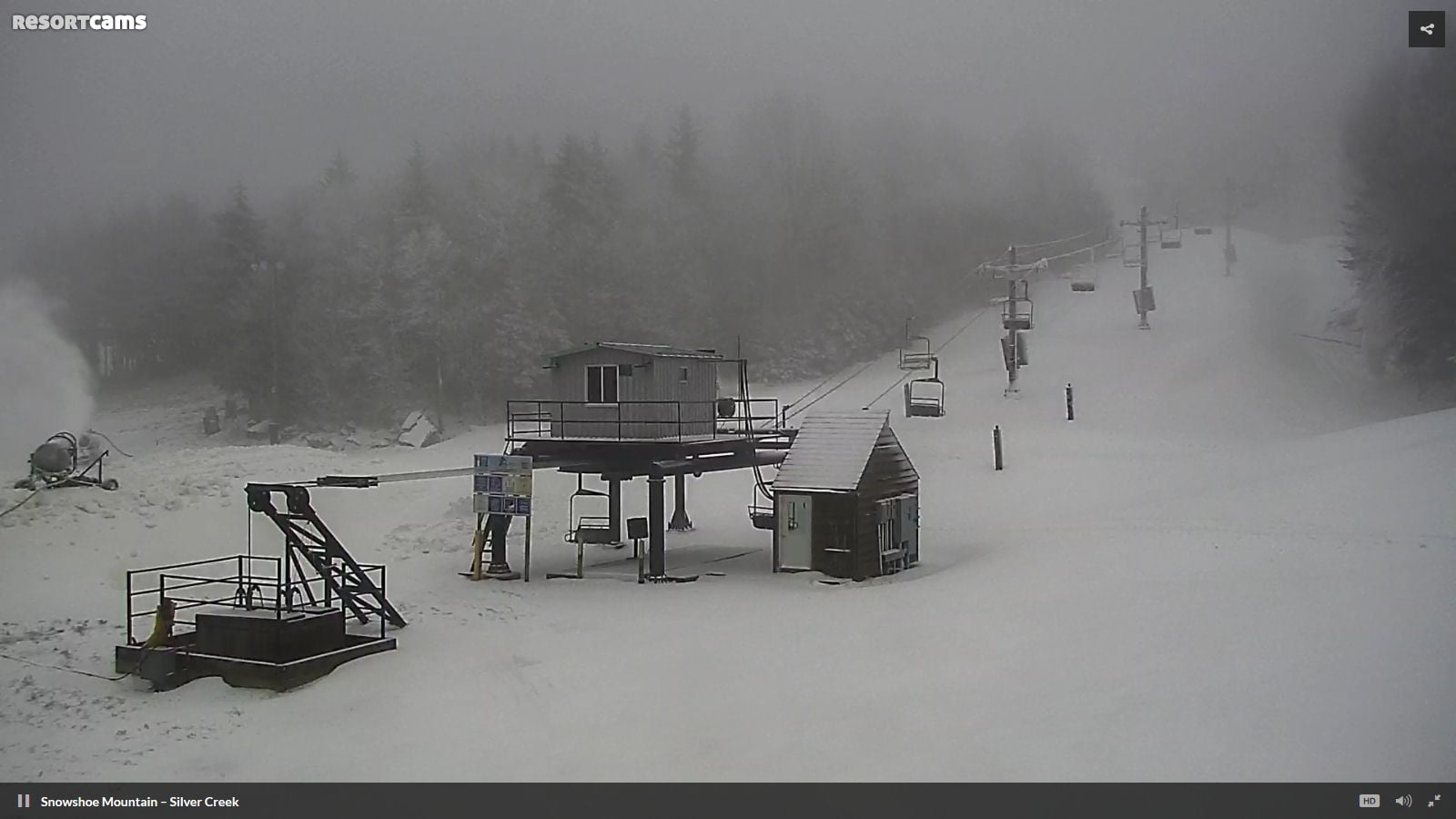 Demo Days are Upon us, so this is the perfect time to try multiple setups from the top names in the industry. Come grab some skis and snowboards, take them for a few laps, and see how they ride before you buy. Our Early Season Pass would be perfect for Demo Days and let you ski or ride all the way until Christmas. To plan your trip to the mountain, head to our Deals and Packages page at snowshoemtn.com.”

Snowshoe is operating on 9 slopes and trails and making snow across the entire mountain AND Snowshoe is ALSO seeing a light sprinkling of snow flurries that have painted the mountain WHITE.

Cataloochee Ski Area IS OPEN for Day Sessions ONLY today (Saturday). It is 32° but we have not seen the snowguns running last night or this morning. However, they are reporting a base of 10-16″ on the 4 slopes open.

Remember Saturday and Sunday, December 3 & 4 marks Cataloochee’s 4th Annual Cataloochee Ski & Snowboard Swap here at the area.  Sign up to bring your gently used winter clothing and used hardgoods to sell on both Saturday and Sunday, or shop for the best deals of the season on used equipment.  For more information, visit our website at www.cataloochee.com/swap.

Also Sunday, December 4, is Can-U-Ski Food and Coat Drive for Haywood Christian Ministries.  24 cans of food or 2 winter jackets of any kind will get you your lift ticket on Sunday for free, it’s a $65 value.  Cans and coats should be dropped off at either the Ghost Town parking lot at the bottom of the hill or at Cataloochee Ski & Sports and you will receive your lift ticket there.  Those persons needing to rent equipment and get lessons will pay for those items at the ski area when they show their lift ticket.

Beech Mountain Resort is showing 26° AND THEY ARE MAKING SNOW and have been since last night and this morning…but they are NOT going to be open for skiing and snowboarding today. Marketing Director, Talia Freeman posted, “The Beech Mountain Brewing Co., Ski Beech Sports and Ice Skating will be open. Our snowmaking crew is hard at work preparing the slopes to re-open.  Stay tuned for updates on the opening of skiing and snowboarding.”

We THINK they will open Sunday, but we’ve also heard from some reliable sources that they are NOT planning on being open Sunday. They COULD be making snow like crazy and then trying to hold onto it through the “rainy forecast” ahead and wait for the Arctic Blast of highs in the 18° range for Friday of next week. (By the way, the lows are expected to be in the low single digits!!!)

Winterplace Resort – is NOT MAKING SNOW as the temps are just not “there” over the last 24 hours. There IS some snow on the slopes and once the frigid temps hit next week, Winterplace will be ready for their December 10th opening…or they will be close to that date…

Canaan Valley Resort is showing 24° and a TRACE of new snow and they ARE MAKING SNOW. Those guys at Canaan Valley are fired up about the forecast! They plan to open next weekend.

Timberline Resort plans to open December 16th and we’re not certain if they are making snow as their LIVE CAM is down.

Wisp Resort – 28° – They ARE NOT making snow. We’ve heard from more than a few people who are wondering why Wisp isn’t making snow and even really TALKING about an opening. The truth is they are probably looking at the rain coming in Tuesday-Thursday and hedging their cards until the Arctic Blast hits late Thursday night. We did a TIMELAPSE of how quickly they can go from “O-60” with snowmaking and slopes open and we think they will be cranking the guns and opening within 10 days.

Wolf Ridge Resort is NOT making snow, HOWEVER you can see via their LIVE CAM that they HAVE BEEN! We got the webcam back LIVE for them on Friday. The snow on the slopes is great news. They plan to open within 10 days.

Ober Gatlinburg – has had MUCH MORE IMPORTANT things to worry about with the recent, devastating wildfires that took many lives and destroyed hundreds of homes in the area. They ARE STILL STANDING and their webcam is back LIVE showing snow on the tubing hill. We THINK they will be up and running within a day or so.

I have been in touch with several of the ski areas in Virginia and they have just not seen ANY snowmaking temps to speak of and they too are awaiting the frigid temps in the forecast for Thursday and beyond (next week).

So as you can see…resorts around the region are simply being “dealt different playing hands” and they all do a great job of making lemonade out of lemons. Thankfully this mild stretch will be history next week…and every resort will be playing with nothing but ACES!!!

I am headed out to a Christmas parade and will be updating this report later in the afternoon as I have some exciting news to share related to the weather.

So right now, go play at Cataloochee, Sugar and Snowshoe for the day.

Previous Post
Snowshoe Passes Are Running Out – Ski Any 3 Days for $159
Next Post
It’s Snowing at the Ski Resorts this Morning! Check the LIVE WEBCAMS at ResortCams.com!