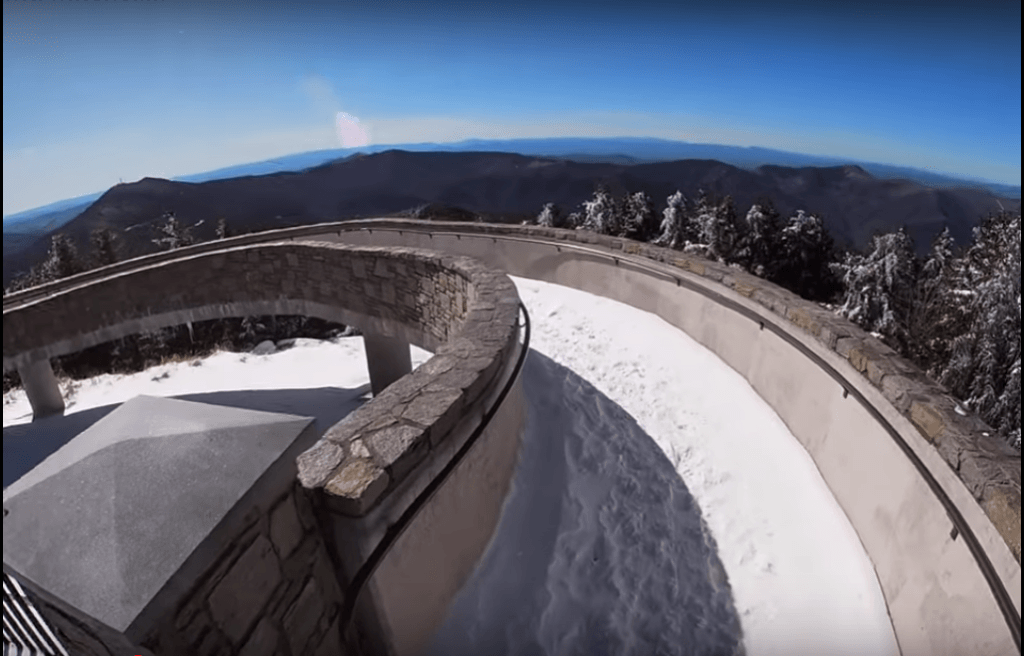 Last week, I was feeling a little under the weather. Seems like I always get a little winter illness, annually, around this time of year.  On Sunday though, I woke up with tons of energy and excited to get outside. I was up for a Kilian Jornet-style adventure . . . Ok, maybe not quite Kilian crazy, but after having been couped-up most of the week, it was definitely time to get some fresh air.

It was set to be a beautiful day . . . The region saw a couple inches of northwest flow, Saturday night, at the highest elevations (on top of the rest of last weeks accumulation). All told, there was going to be between six inches and a foot of snow above 6000′, and I was psyched!

I’ve always wanted to conquer Mt. Mitchell on skis. “The beast of the east” sits at 6684′ and is the highest peak east of the Mississippi River. During the summer, Mt. Mitchell is accessible via the Blue Ridge Parkway. But during the winter, it is one of the most inaccessible places in the Eastern US.

Mt. Mitchell was originally named Black Dome . . . “Black” for the dark colored spruce-fir trees at the summit, and “Dome” because of the shape. That was until Elisha Mitchell, a professor at UNC – Chapel Hill, explored the region in 1835. He determined that Mt. Mitchell was actually higher than Mt. Washington in New Hampshire, which was commonly thought to be the highest point east of the Rocky Mountains. In 1857 he returned to the summit of Mt. Mitchell, but fell to his death on the decent, at nearby Mitchell Falls.

The Trail to the Summit

The Mt. Mitchell trail begins at Black Mountain Campground which is on the eastern flank of the ridge upon which Mitchell sits. It is rated difficult because of the combination of both mileage, 5.6 miles each way, and elevation gain.

After being nearly frozen at the summit, I descended back down into shorts and t-shirt weather at the valley floor. It took 5 hours to complete this “mission”, and I was ready to start pre-gaming for the super bowl!

Previous Post
Back To Winter We Go
Next Post
What a Wild, Crazy Ride We’ve Had This Week…

New for this Winter!