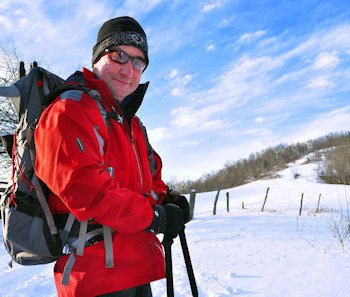 Widely published Banner Elk photojournalist and author Randy Johnson has joined the team at SkiSoutheast.com as Contributing Editor. His articles, photos and videos will be a prominent part of the great coverage of ski season 2015-’16 that skiers and boarders can expect from SkiSoutheast.com. 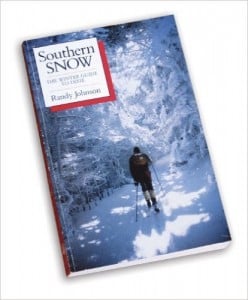 Johnson has been chronicling skiing in the South since the 1980s as a columnist for the Charlotte Observer and author of the 1986 “cult classic” Southern Snow: The Winter Guide to Dixie, soon to be republished by the University of North Carolina Press. Johnson is a Lowell Thomas Award-winning travel writer whose articles have appeared in many national newspapers and magazines, among them the Miami Herald, National Geographic Traveler, Ski, Skiing, Cross Country Skier, Snow Country, Outside, and more. His highly anticipated new book from UNC Press, Grandfather Mountain: The History and Guide to An Appalachian Icon, will be published in spring 2016, along with a full-color third edition of his bestseller, Hiking North Carolina.

Johnson came to the High Country to launch Grandfather Mountain’s backcountry management program in the 1970s. While Randy was editor of United Airlines’ publication Hemispheres, the magazine became the nation’s most award-winning inflight, earning a James Beard Award, and being named “world’s best inflight magazine” in 2006.

Johnson will cover skiing throughout the South for SkiSoutheast.com. He’s a passionate Nordic skier and telemarker, a member of the North American Snowsports Journalists Association, and former cross country ski member of the Professional Ski Instructors of America and National Ski Patrol system.

Mike Doble, owner of SkiSoutheast.com says, “I’ve been reading Randy Johnson’s articles and stories for years now and I personally feel that he’s one of, if not the top writer for all things skiing as it relates to the region. His insight and knowledge of the histories of each of our ski areas is something that we look forward to exploring as a part of our team. Any person who has been referenced by skiing legend, Warren Miller himself is pretty strong in our book and we think that our readers will agree”.

He adds, “We think that Randy’s weekly contributions will be invaluable in growing our audience and outreach to even greater heights as we move forward. We welcome Randy to ‘Team SkiSoutheast.com’.