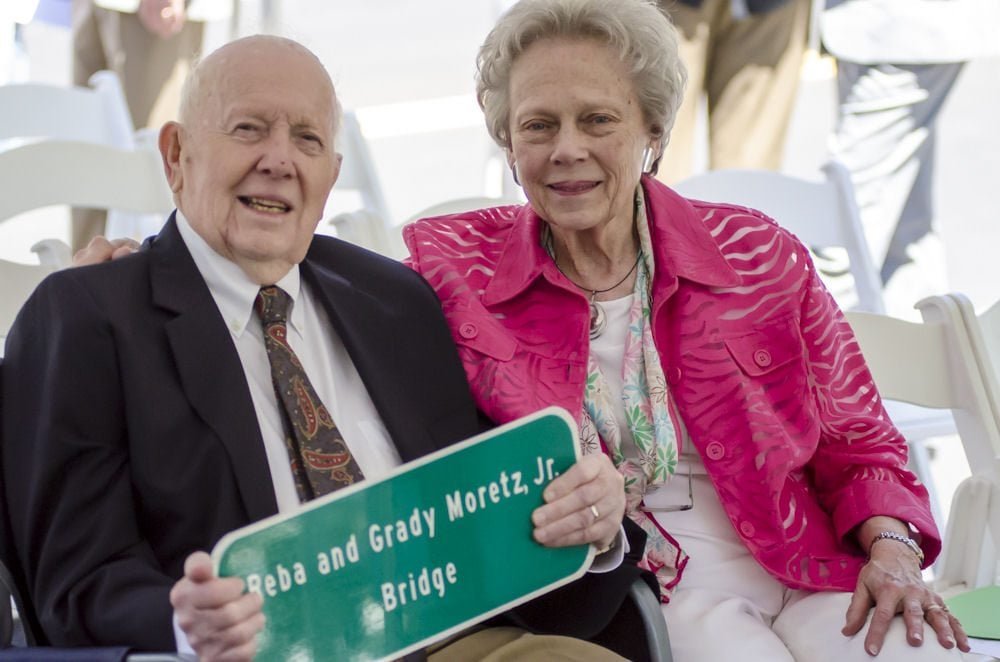 D. Grady Moretz, Jr. of Appalachian Ski Mountain, passed away Sunday morning at his home, at the age of 88.

With his passing, the ski industry lost a pioneer and the High Country area of Western North Carolina lost one of its top tourism icons.

The ski area initially opened as Blowing Rock Ski Lodge during the 1962-1963 season and like many of the early ski areas in the region – they struggled financially through the first six years. Grady Moretz basically rescued the ski area when he and four partners purchased it from the Northwestern Bank at foreclosure at a public auction. Mr. Moretz renamed it Appalachian Ski Mountain and opened it under his direction on December 4, 1968.

Appalachian Ski Mountain was the second ski area opened in the state of North Carolina (after Cataloochee had opened the previous season).

As Reba Moretz once shared – “Grady had a great group involved, but they were from down the mountain. After the sale they asked Grady, ‘Would you just look after it for us?!’ That was the terminology.”

“The way I looked at it,” Grady responded, “if my money’s going to be involved, maybe it’d be good if I did look after it.”

“Bad debt, bad reputation, bad behavior, equipment in bad condition,” that’s what Grady inherited, says Reba. “It was daunting. He had to cope with just about every problem you can imagine in a business.”

That humble beginning turned into a 51 year love affair with the ski industry, the High Country and all who have ever worked for or with Appalachian Ski Mountain, Mr. Moretz or his family and son, Brad Moretz.

The Moretz family acquired sole ownership of Appalachian Ski Mtn. in 1986 and it has remained a family operated business since then.

Grady Moretz was a special man of character and good will towards anyone who was ever blessed to meet him and speak with him. He will be missed.

Here is the Obituary from Austin and Barnes Funeral Home:

Born June 29, 1929 in Watauga County, he was a son of Dillard Grady Moretz, Sr. and Grace Rhyne Moretz. Grady was a life-long member of Grace Lutheran Church. After attending UNC Chapel Hill, Mr. Moretz served a four year tour of duty in the US Navy during the Korean Conflict. He was a co-founder, owner and operator of Appalachian Ski Mtn. A noted civic leader, Mr. Moretz was a die-hard Tar Hill fan and also was a proud supporter of ASU.

He is survived by his wife of 63 years, Reba Smith Moretz; son, Brad Moretz, wife Jennifer, and their children, Jensen and Avery Elizabeth Moretz, and daughter, Brenda Moretz Speckmann, husband, John, and their children, Benjamin Wiley and Sophie Brynne Speckmann, all of Blowing Rock. In addition to his parents, he was preceded in death by his brother, Joseph A. Moretz.

Funeral services for D. Grady Moretz, Jr. will be conducted Thursday afternoon, April 12, at 3 oclock at Boone United Methodist Church, officiated by Pastor Stephen Troisi and Rev. John Bollinger. Military graveside services, provided by the American Legion Post #130 and the US Navy, will follow at Mount Lawn Memorial Park & Gardens. A reception will follow the graveside services at Grace Lutheran Church. The family will receive friends Wednesday evening from 6 until 8 oclock at Austin & Barnes Funeral Home.

Online condolences may be shared at www.austinandbarnesfuneralhome.com

Previous Post
A Good Season for Skiing in the Southeast
Next Post
Ikon Pass Deadline Coming Up on May 1st!