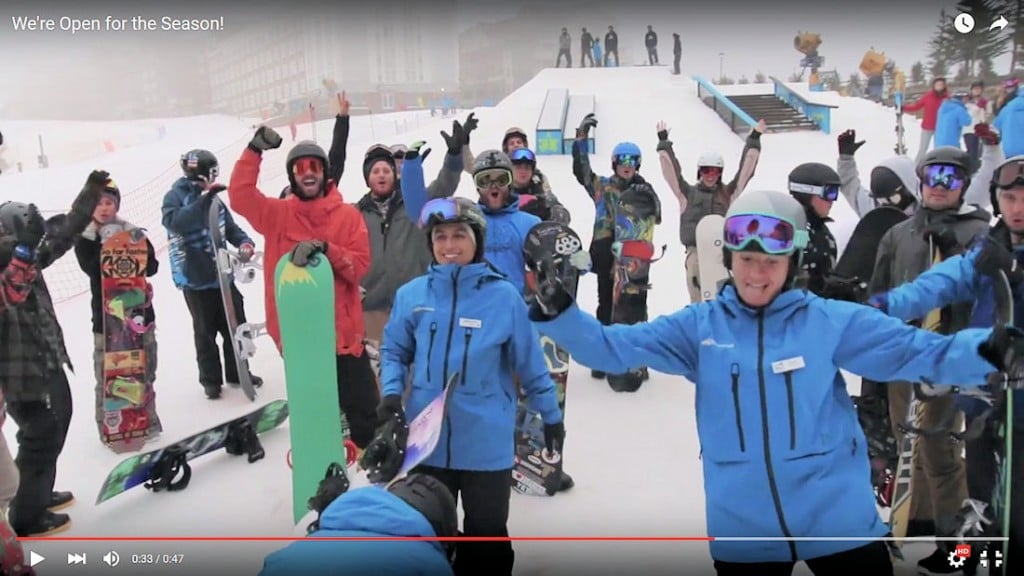 Snowshoe Mountain opened on Friday morning and you can see this very cool, short video chronicling that epic event.

They and Cataloochee Ski Area are the only two resorts in the region that are operating today. Sugar suspended ops as the record warmed deteriorated conditions to the point that Gunther pulled the plug on things until colder air hits next week.

You Guys and Gals Ready for some GOOD NEWS?!?! How about some GREAT NEWS?!?!

I’ll get to that, but since we have a near Spring or early Summer kind of a weekend going on right now, I have to report that I was sent a couple of interesting notes.

While all of the east coast has been experiencing mild conditions and no snow, 60″ of snow has fallen at Mammoth Resort in California. By this date in 2014 Buffalo, New York had seen SIX FEET of snow. So far in the 2015 Winter season? Not a TRACE.

By this date (December 12th) in 2014 Beech Mountain had already seen 23.7″ of natural snow. So far this season? A TRACE. Not even a measurable TRACE.

Brad posted his latest weather forecast on Friday and you can watch that video below:

Notice the SkiSoutheast.com logo on his weather. Pretty cool. 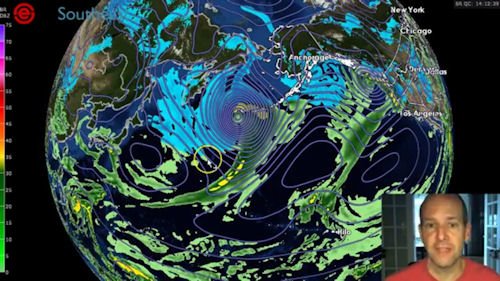 Brad is talking pattern change with his latest weather forecast. For the pattern to change and allow some cold air to begin funneling into the south and east coast we need the pattern to begin with a monster storm over what is called the Aleutian Arc or Aleutian Islands off of Alaska.

The good news is that we have a massive storm equivalent to a Cat 5 Hurricane (if it was over water) happening right now in that area which according to Panovich should help to buckle the jet stream DOWN and eventually cause some big changes for our area.

While this weekend will produce record warmth for our area, Brad (and the rest of “SkiSoutheast Nation”) is excited to report some cold, cold air that will filter into our area next week on the 17th and 18th.

On Friday, I reported some input from sources that were forecasting some snow for us! 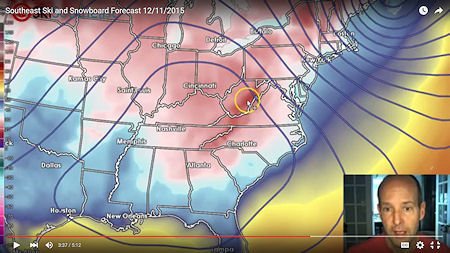 Early next Friday we should see some snow falling – along with some MUCH NEEDED snow-making weather for the ski mountains. Brad is forecasting some snow into next weekend AND A BIG ARCTIC HIGH that is moving in with temperatures in the TEENS and low 20s.

The even sweeter news is that Panovich is thinking that this pattern change looks to be hanging around as we head into Christmas week and he’s sticking with the pattern change to go even colder and snowier as we get into January.

So we are on the cold weather and snow COUNTDOWN of SIX DAYS and counting until we see something that more resembles Winter around here.

SPREADING THE GOSPEL OF SNOWMAKING AND OUR SNOWMAKERS OF THE SOUTHEAST

Over the last few days I’ve received more than a few emails asking about the prospects of slope openings and conditions as we head towards the all-important Christmas-to-New-Year ski getaway period. 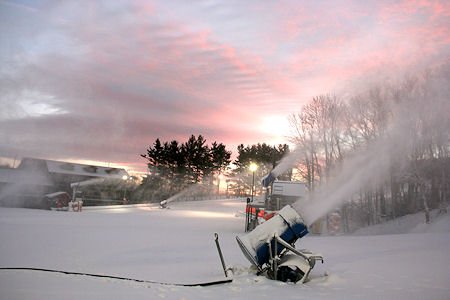 Here’s what you need to know. We’ll call it a Master Class in Snow-making. We’ve YET to have really, really cold air and yet when Cataloochee and Sugar opened up back in November, they did so with borderline snow-making temperatures and they did it within 30 hours.

When Appalachian Ski Mountain opened a few weeks ago, they covered their entire mountain in less than 30 hours of snow-making. They went from CLOSED to open with 8 of 12 slopes and trails in just a bit more than ONE DAY.

Cataloochee Ski Area and Sugar Mountain opened 25-30% of their terrain with just 30 hours of blasting those trails.

All of this was accomplished with B-O-R-D-E-R-L-I-N-E temperatures in the upper 20s and low 30s.

With the forecasted temps that we’re seeing for later next week (lows in the TEENS!!!) we should see some amazing transitions that will leave you shaking your heads.

Right now we’re seeing these readings for Beech and Sugar Mountain next week:

As Brad stated – it looks like we’ll have a much improved pattern going towards Christmas…but EVEN with just those FIVE DAYS of snow-making, you simply will not believe how AWESOME the slopes will be at your favorite ski resort.

…and we’re not talking about “Awesome conditions CONSIDERING how the weather has been”. We’re talking AWESOME CONDITIONS PERIOD!

We’ve spoken with most of the ski area management crews over the last week and trust me when I report that they are READY to make record amounts of snowfall next week.

So we are happy to report that cold air is on the way and SO IS awesome slope openings and conditions. 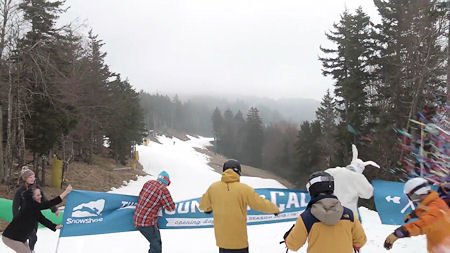 So stay tuned. Right now only Cataloochee and Snowshoe are open and they are fighting the fight. However they and all of our ski areas are primed and ready to blast the slopes and open terrain in record style as we’re all looking at December 17th to start “blizzarding” the slopes and opening the following days.

By the way – we’re not sure about HOW MUCH SNOW may fall in terms of natural snow just yet, but there DOES look like we’ll see some natural snowfall as well.

So keep THINKING COLD AND SNOW.