Shaun Goodwin, a renowned US Ski Team coach, helped out with a special workshop for the Appalachian Junior Race Team 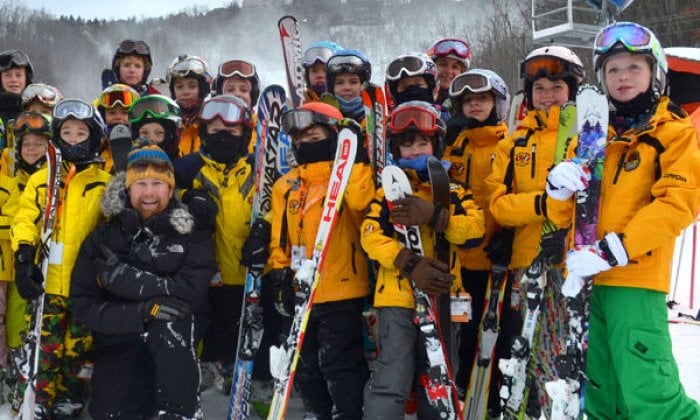 ASM was excited to have Shaun Goodwin, a renowned US Ski Team coach, help out with a special workshop for the Appalachian Junior Race Team, along with the ASM coaching staff.

Shaun started his coaching career at a small alpine racing program at Bristol Mountain in upstate NY. Starting as a coach Shaun moved on to run the Bristol Ski and Snowboard Association managing 125 athletes and 20 coaches. During his years at Bristol Shaun became the youngest chairperson to the New York State Ski Racing Association alpine development committee. It was there that he connected with the US Ski Team. After moving on from Bristol Mountain, Shaun spent 8 years working for and with the US Ski Team. During his tenure with USSA/USST he focused on everything from children’s athletic development and coaches’ education, to coaching the US Women’s Ski Team. Now Shaun has moved on to run a small media company in upstate New York. He is still an acting member of the USSA coaches education staff as well project to project involvement with US Ski Team Programming. Shaun is also an avid whitewater kayaker and travel enthusiast who loves to share stories from his travels that span from Asia and the Middle East, to Africa and most places in-between!

Previous Post
FIGHTING TO GET THE MESSAGE OUT…THIS IS WHEN IT’S TOUGH…
Next Post
Adjust Your Balaclava, It’s Going to be a Chilly Ride!