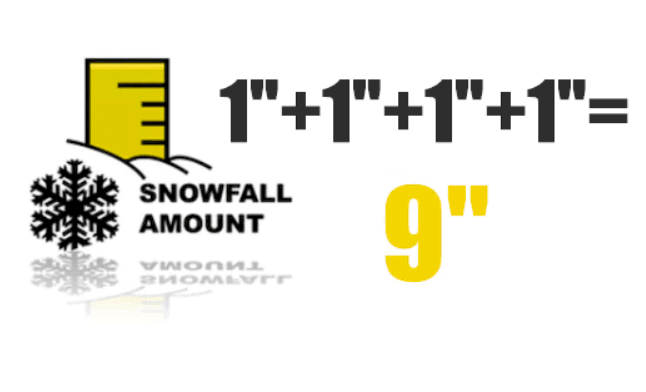 One of the common themes and info shares that we tend to talk about on this website is the fact that SNOW trumps e-v-e-r-y-t-h-i-n-g. Our traffic is always pretty strong on this network of SkiSoutheast.com, ResortCams.com and our related lodging and weather websites and content. However, throw in some natural snowfall and WOW, do we get some huge visitor spikes here and on our Social media.

I personally thought it would be a pretty popular video – nothing viral, but popular – but as of Monday afternoon around 4pm it had only been viewed maybe 1100 times or so if you combined the webpage, YouTube (only a few) and Facebook.

See video below and SCROLL DOWN for some additional “numbers” reporting…

Fast forward to Monday evening I started seeing those numbers rocketing up. We had shared the video to our core audience (coverage area), but then it began to snow and television stations were talking about us and sharing the LIVE CAMS at various ski resorts.

Within MINUTES, “Si” became popular. As of this writing, the video has been viewed more than 24,000 times (in the last 24 hours), on Facebook alone – and few hundred times otherwise on YouTube, etc.

Not So Real Numbers…

Contrary to what some of our readers might thing – I DO NOT like posting the following kind of content, but we feel it is our duty to provide “no bull reporting” to as many people as we can reach…particularly when it comes to ski areas posting content that is just not accurate. 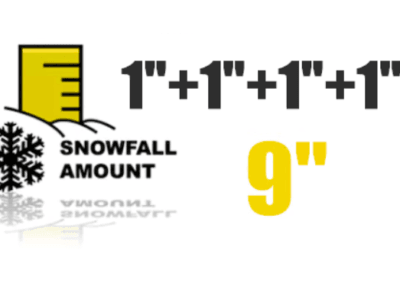 So this past Saturday morning Sugar had 1″ of natural snow but reported 2″ of snow as of 8am. It was snowing pretty good, so we posted the same 2″ snowfall and then drove up expecting to play in a couple of inches of snow. There was some nice snow around – about an inch – but it was snowing pretty good and we figured that the snow would “catch up” with Sugar’s assessment later in the day.

We ended up driving up to Beech minutes after and they indeed had 1.5″-2″…but definitely more on the ground than down at Sugar.

It snowed on an off Saturday, but never really accumulated anymore snow at Beech on Saturday. However, Sunday morning, Sugar had reported 3″ of snow. Beech reported 1″ more or 2″ from the 24 hour storm (and yet that 2″ of snow on top of Beech sure looked like more than down at Sugar).

Somehow, Monday, Sugar reported 5″ of new snow and we can promise you that only another 1″ fell…bringing their 3 day total in reality to 4″ and yet, according to Sugar’s website, they claimed 8″ of snow and that is what they upped their season snowfall total by – taking them to 29.2″…compared to 14.4″ being reported for Beech on another independent weather website (which was as inaccurate as Sugar’s reported 29.2″.)

Several NWS reporting stations and local snow spotters will tell you that there’s only been 3″-4″ max at the highest elevations over that stretch of days.

So 1+1+1=8″ (While supposedly Beech only had 3″ of snow – I have to remind you guys again, that we shared video updates all weekend and Sunday evening where those LIVE videos show considerably more snow on the ground up at Beech.)

Then this morning on Sugar’s website they are reporting 4″ of snow in the last 24 hours and now 29.2″ on the season. See capture to the right:

Somehow, someone in control of Sugar’s webpage is adding snow that falls in a single day two-to-three times without ever starting back at zero from the previous day. That is THE ONLY way that 3″-4″ of snow can somehow add up to 9″ that is being reported – or at least the number they have upped their season snowfall total by.

I can PROMISE OUR READERS that there has not been 9″ of snowfall in the High Country since Saturday morning AND that Sugar (nor Beech) has had nearly 30″ of snowfall on the season. (I wish that were not the case!)

In an alternate universe, Sugar is reporting 29.2″ on the season (as of this post), Rays Weather is reporting 30.2″ as they simply mirror Sugar’s posts, but somehow got into some fuzzy math themselves. Neither is accurate.

Thus far this season, here are the accurate snowfall numbers:

While we’re at it, here are the snowfall totals for all of the resorts:

In closing – for anyone who wants to ask, “Why is this so important to us?”

We receive thousands of emails from prospective visitors planning to make a trip to the mountains. They could care less about base depths; most care about the slope conditions and how many slopes are open – but almost without except a portion of their emails ask, “Where can we go and see the best chances of natural snow?”

I began this post by sharing the fact that “SNOW TRUMPS EVERYTHING”. It is what excites people and when any ski resort posts numbers that are so far out of whack from what others are reporting it is simply not cool, and when it happens, we are going to report it.

In closing, I should share that Sugar’s conditions ARE AWESOME right now (as are ALL of our ski resorts). You should definitely visit Sugar Mountain as well as all of our Southeastern and mid-Atlantic resorts. However, if you are planning your trip up based on slope conditions, the number of trails open AND natural snowfall – you can trust SkiSoutheast to provide with the facts and we’d appreciate it if you would spread that message and share it with as many of your friends and circle of influence as possible.

Until Next Time… (and feel free to email me – [email protected]