Seems that Captain America and Uncle Kracker are NOT the ONLY Celebrities at Snowshoe this weekend! 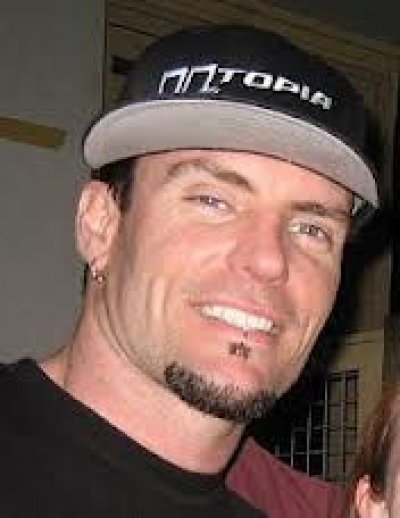 This is my first post in about a week since Kenny and Tonette have blogged each of the last several days. I'm chilling at Snowshoe – literally and figuratively this weekend with family and many friends as well as co-workers who I also call friends.

I'm expecting a few sightings of some 30+/- messageboard members who are on the mountain this weekend. I am expecting to see Uncle Kracker and a bunch of military heroes since this is Military Appreciation Weekend at Snowshoe. What I WASN'T expecting was to run into Robert Matthew Van Winkle at the Sunset Cantina in the Village. You DON'T KNOW WHO THAT IS, you say!?!?!  Ummmm… Vanilla Ice, Ice Baby!

My girls and I were enjoying some phenomenal fajitas when literally Rob (as his best friends know him) and some family and friends walked past us. Admittedly, my daughters recognized him first and the restaurant was buzzing with waiters and bartenders all talking about Vanilla visiting the mountain. Evidently he has a home in Wellington, Florida these days and he and some friends and family are here to simply enjoy the snow. My wife is a huge fan of his HGTV show these days.

ANYWAY…ON TO SNOW BIZ INSTEAD OF SHOWBIZ…

I received a couple of emails on Friday about a Tweet that went out Friday morning about Sugar's reported snowfall totals on Friday morning. I was at the base of Sugar on Friday morning at 8am and there was about an INCH of snow on the ground. (Really LESS in most locations…) I drove to the highest elevations and there was about THREE INCHES of snow. I don't do the reporting most mornings these days, so I just tweeted out what I saw. To Sugar's semi-defense, they have leaned towards posting storm totals rather than necessarily what falls within a previous 24 hours. Several people emailed me with thumbs up and a couple emailed "why" I was questioning what they were reporting.

I actually wasn't disputing Sugar's claim of 5" of snow; I was only making sure that OUR readers knew what to expect when they trekked from all points south to Sugar Mountain on Friday. When people log onto a website and see that 5" of snow supposedly fell, they kind of, sort of expect to be able to drive up and see 5" of snow on the ground. Actually around MOST of the High Country on Friday morning you would have been hard pressed to located more than 3" of snow on the ground except where it may have been wind-blown into a 4" drift.  I drove up to "where snow goes to die" at the foot of Beech Mountain where I keep my horses and the majority of the 16 acres was covered with PERHAPS an inch of two of snow…and there WERE some spots where the snow drifted to 3-4"…and that snow total is one that accumulated over the last 2-3 days.

As of Friday morning Sugar's website was reporting 7" of snow within the previous 24 hours. They have now fixed that to report:

SNOWFALL WITHIN THE LAST 24 HOURS:
2 inches and snowing

SNOWFALL FROM THE LAST STORM:
7 inches

I report this stuff because when people spend their hard earned money trekking up to the mountains from all point south, it's only fair that they should find (on the ground) what is being reported.

Beech Mountain actually HAS an official NWS reporting station at Fred's Mercantile up there and if I'm not mistaken Gil Adams is the CoCoRaHs reporter up there.  Sugar, like many of the other Southeast and Mid Atlantic ski areas has no OFFICIAL reporting station. Snowshoe hosts an NWS official reporting station and that tally can always be seen at: http://www.nws.noaa.gov/view/productview.php?pil=RLXHYDRLX&version=0

Oddly after MUCH MORE (AND HARDER) SNOW, Snowshoe reported 4" of new snow on Friday morning…which is precisely what the NWS reporting station reported. It's kind of nice to know that what you see on that report is what you get, don't you think? As I arrived on the mountain at Snowshoe this afternoon, THEIR 4" was piled six feet deep on the roadsides and came up above my boots as I walked across their parking lot. Conversely, the 4" at Sugar's parking lot was dusting the bottom of my boots.

These two resorts benefit from an older gentleman by the name of David Lesher who has long operated a CoCoRaHs and official reporting station in Davis, West Virginia. You can see his morning postings at: http://data.canaanmtnsnow.com/

When David reports 4.2" and 9" in the last four days, you KNOW you can count on making a sizable snowman if you head in their direction. In fact, Canaan and Timberline (as well as Snowshoe) are all enjoying about 12-16" of natural snow on the ground if you want to get in a little cross country skiing.

I had a cross country ski enthusiast email me earlier in the week about where he could get in a little backcountry skiing around the High Country. When I told him that he couldn't, he quickly answered back that THAT was not what he was seeing on another website. Let's just say that I don't think it was very "SWEET" to give an inflated impression.

THANKFULLY because of Gil Adam's Beech Mountain CoCoRaHs report we can share that there is about 3.5" of TOTAL SNOW DEPTH on the highest elevations as of THIS MORNING around Beech and atop Sugar.

THERE'S PLENTY OF SNOW ON THE SLOPES!!!

SNOW, for obvious reasons, IS the big draw that brings people to the mountains. Everyone wants to play in it, sled on it, and for those of us who head to the hills to ride the snow on the slopes…conditions are as GREAT as they've been in two-plus seasons. They are SO GREAT, in fact, that many resorts will no longer make snow during open sessions.

The Homestead has extended their season til March 17th. I heard reports from earlier in the week that The Homestead was enjoying an amazingly good season – skier visit-wise. They attributed some of this season's great success to us. (Thanks for that Lynn!)

Sapphire Valley will end their season after Sunday's sessions.

HERE ARE SOME CLOSING NOTABLES:

For those who asked for it…here are the snow totals on the season for across the region: First Number is Since Wednesday; Second Number is for the season.

That's it for this morning. I will be posting some photos and videos later in the day so check back for those. We'll also be filming this evening's Uncle Kracker concert. If we have any Vanilla Ice sightings, we'll let you know.

In closing, Kenny Griffin MAY be pushing some LIVE STREAMS from on the slopes at: www.SkiSoutheast.com/live-stream.php so check that out from time to time.