SEEING THE WHITE STUFF FOR THE FIRST TIME 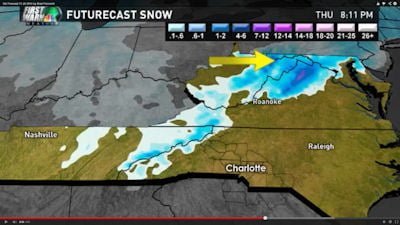 The first time I can actually remember playing in the snow was when I was growing up in Baltimore and wondering why my mother was dressing me in 40 pounds of clothes and wondering if my arms would ever touch my sides again. I think I was around three at the time and some old Kodak Box Camera pictures I found recently have helped bring back some much worn brain cells. I do remember playing with my dad and brothers in the backyard for hours, throwing snowballs, making and knocking down a snowman, making a snow fort and just having fun. From that point forward I was hooked on the white stuff and have been ever since.

That brings me to the point of this week’s column. You see in a week or so – thousands of southerners are going to be heading north to spend the Christmas holidays in the southeast mountains where some of our favorite ski resorts are located. These folks are going to be packing up their mini-vans and SUVs from Florida, Georgia, Alabama and South Carolina, some knowing what to expect but many not ever before knowing the enjoyment of having a snowflake land and melt on their tongue. You can thank “Charlie Brown’s Christmas” for installing that picture in many a young head.

What they will find again this year is snow and lots of it at every ski resort from Tennessee to Maryland in the southeast region. Unlike the last couple of years, there really hasn’t been all that much natural snow, plenty to help the snowmakers, but not the big dumpings that teased us the start of the 2012 and 2013 ski seasons. But none-the-less there is plenty of snow for everyone to enjoy and see for the first time at every single resort out there. As we have written before, the snowmakers have been very busy taking advantage of every single minute when the temperature has dropped below freezing to make snow – and that will put a smile on every face upon arrival to their designated resort.

Those smiles are what help employees at the resorts get through the very busy three-week holiday period. That includes the week before Christmas, the week of Christmas and New Year’s week. When I say it’s a busy time, please understand that for many of the resorts, 35 percent of their year’s business will occur during that period. At the end of those upcoming three weeks many of the employee’s tails will be dragging from the hours they have to be at work. Now getting back to the point, when that little three-year old smiles getting out of that SUV seeing snow for the first time, the adrenaline factor kicks in for employees and those long hours don’t seem to matter anymore. I am speaking first hand for both my wife and myself from our years of seeing those types of guests arrive at Snowshoe Mountain. I know that is the same case at every resort in the region.

Now for the crazy thing that happens a number of times this type of year but always ends with a happy ending. You see unless there is a natural snowfall prior to the departure of our southern friends, there is a very good chance there will be no sign of snow at all during their long drive. Instead of hearing “Are we there yet” parents hear “I thought we were going to see snow”. So when that mini-van or SUV makes it to the ski resort and that three-year old spots that snow on the trails and makes his or hers first snowball, that means as the old saying goes “Mission Accomplished.”

So the next time you can catch that snowflake on your tongue or make that snowman with your child, think back to the first time that happened for you and for gosh sakes have some fun.

A couple of weeks ago I tracked down a few meteorologists that I have come to depend on throughout the years for open-minded forecasts. I reached out to Jacqui Jeras (pictured left), (formally of CNN and now with WJLA in DC) and for a couple of reasons she couldn’t get back to me until last week. There is some great information in her forecast and didn’t want to leave it out this year, so here it is.

After a bitter cold and snowy winter last year, it will be tough to rival that this go around. Signals that I typically look at for winter forecasting are mixed. El Nino appeared to be a good player early on, but now the probability of it developing is down and a weak El Nino will bring different weather than a strong one to the Mid-Atlantic and Appalachians. Snow pack in various parts of the world looks favorable for cold air intrusions in the eastern U.S. and we have to watch various weather patterns in the Atlantic for blocking.

While seasonal forecasts aren’t always terribly accurate, it’s best in my opinion to focus on above and below average trends for both precipitation and temperatures.  After a chilly November, December leans warmer than average and drier than average, but the pattern shifts in January to a cold bias that lasts through February.  However, I don’t see the arctic blasts being as intense or persistent as last winter. Either way it ends up below average.

While temperatures should support some good snow making in the mountains, will the jet and moisture train feed in some good storms?  With the leaning towards southerly tracks that could lead up the east coast, this would bring above average snow west of I-95 this winter. If a moderate or better El Nino develops, we could see a couple of big snow making storms. 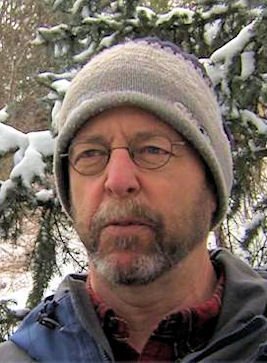