We COULD see a ‘wintry mix’ in the final week 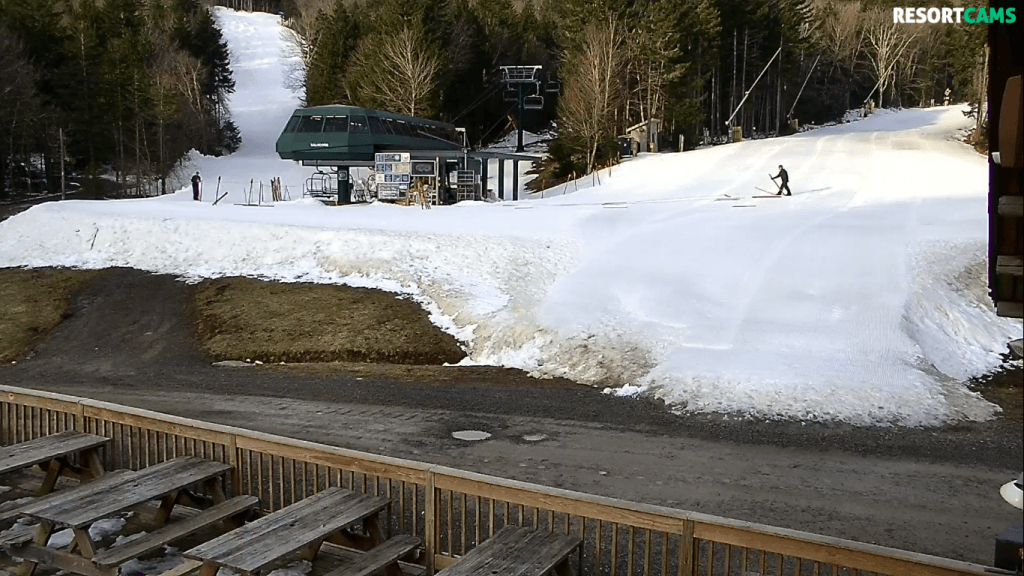 As we enter the last week of the season, we MIGHT even see snow at some of the resorts in the Southeast, although don’t get your hopes too high as ‘little or no accumulation is expected’. The places that might see some flakes include:

Wisp: Tonight: Rain and snow likely before 10pm, then a chance of snow between 10pm and 1am. Little or no accumulation is expected.

Snowshoe Mountain: Tonight: a chance of rain and snow between midnight and 2am.

Cataloochee: Tomorrow: a chance of rain and snow between 7am and noon.

Even though Beech is now closed, the area could see some some mixing tonight and tomorrow, where ‘a slight chance of rain and snow between 7am and 1pm’ may occur.

But remember, it’s not the natural snow that keeps resorts open late in the season, it’s the commitment to aggressive snowmaking throughout the season that helps them ‘bank’ snow during the thin times.

I hope to get up to ski/ride at least once this week . . . Although twice would be nice! 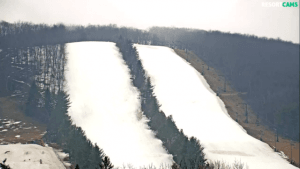 Wisp has some nice runs open down the frontside

Skiing/Riding in Virginia is possible this upcoming weekend! 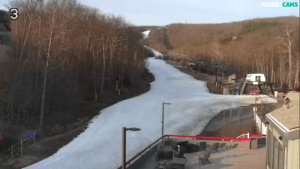 Base is still holding up at Bryce