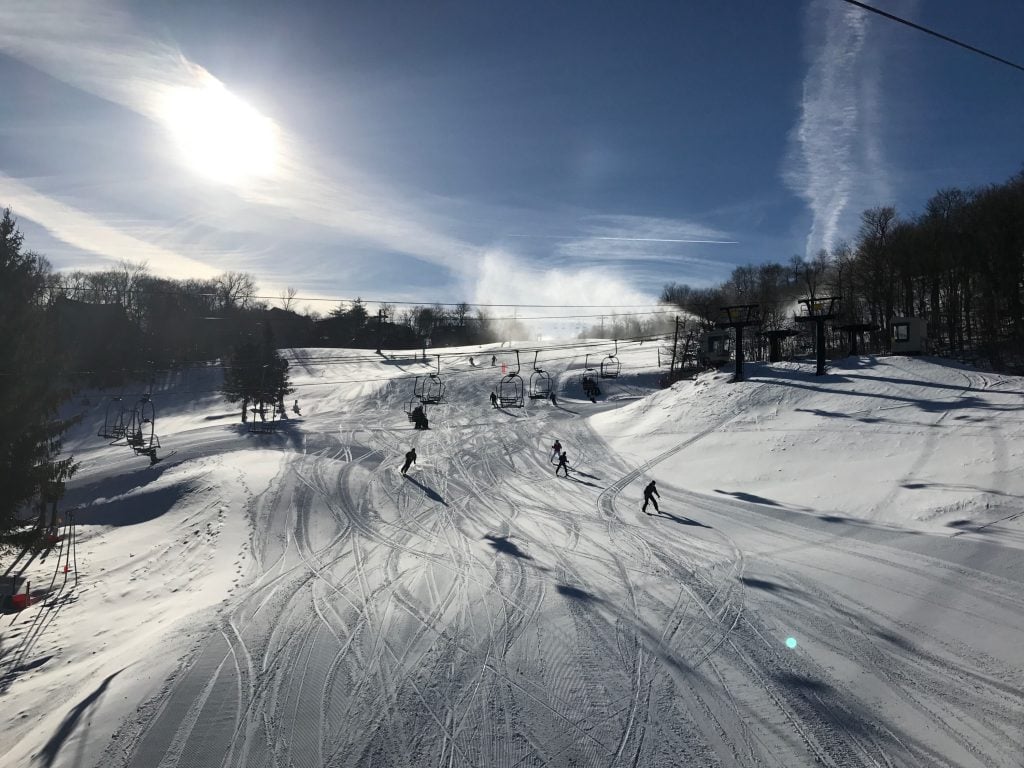 Our own Kenny Griffin is up “doing hot laps” at Beech Mountain Resort on this gorgeous, blue-sky, Chamber of Commerce like Saturday. Temperatures hovered in the upper teens and low 20s for the morning hours under nearly cloudless skies. Around noon things warmed a bit but even as of 4pm the temps are still in the upper 20s atop Beech Mountain’s 5506′ elevations. Conditions are so good on this particular day that the mountain ops at Beech decided to leave the snowguns off. With NO wind to speak of (a gentle breeze hits occasionally) and plenty of sunshine, things FEEL warmer than the 20s. 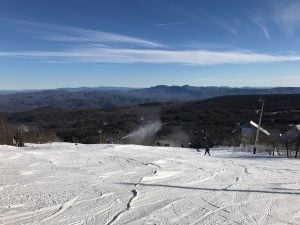 Kenny reported sweet conditions top-to-bottom and the crowds were brisk but not that bad accept for the occasional backup in the Quad lift line.

I was up at Hawksnest for my first trip to a tubing hill in a couple of years. The temperature was 13° when we first hit the mountaintop. I couldn’t help but walk up to the old trail system and have a look around. I know that the owners and the Town of Seven Devils had their issues – that combined with not having the resources to upgrade the lifts etc. caused them to close the golf course AND ski area…but man I have to admit I DO miss the old resort. I can’t tell you how many times I made turns on that mountain after midnight. We used to ski Sugar, App and Beech during the day, take a break and then head up for those infamous “Nighthawk” sessions that first allowed us to ski or ride until 4am, and then 2am before they finally closed up for good. 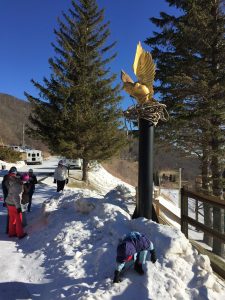 The old Hawk on the Nest tower still shines at the edge of the mountain. Click to Enlarge.

I will admit that I held out hope for a long time that someone with deep pockets would come along and purchase the 150+ acres that made up the ski and golf course and reopen it with all new amenities, lift system, etc.

Long time fans will attest to the fact that Hawksnest had some unique trails that made that little mountain a local and traveling fan favorite. But things don’t always go the way WE want it and the Cottom family decided to kill what was an awesome ski area and better than great golf course and turn it into a zipline tour and snow tubing hill.

As much as I might personally not be a fan of that decision it is hard to argue with the financial logic and Leonard Cottom turned things over to son, Lenny Cottom and there is no question that the once semi-busy (skier visit) ski hill is now a VERY crowded snow-tubing hill. At $30+ dollars per person (to tube) and $5 parking – they have turned Hawksnest into a pretty darn good “cash cow” business.

The parking lot was actually more full that on the busiest of busy weekends when it was a ski hill, and they turn that parking lot (and crowd) over several times a day when the weather cooperates – for numerous tubing sessions that last two hours each. 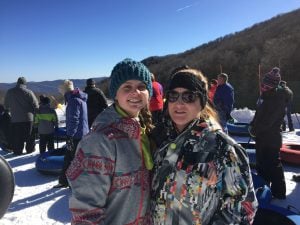 Two of my four daughters enjoyed their day at Hawksnest.

My own personal dislike for the fact that they no longer operate as a ski area definitely had a negative effect on my first couple of trips down the steeper of the four tubing areas. Even with my 240+ lbs and a running, diving start – I didn’t make it half-way down the tubing hill. Words like “lame” came to mind. As I looked around the mountain EVERYONE was walking as nobody was getting more than halfway. I voiced my displeasure. (I’ll admit it.)

However, as the morning progressed, the slopes (I mean tubing lanes) sped up SOME and I guess the sound of kids of all ages laughter had me forgetting my “glory days” of skiing that mountain and ACTUALLY enjoying myself.

Here’s a quick video of one run down their main hill. Prepare to get dizzy and I think we spun around 10-15 times and I couldn’t walk straight when we stopped at the bottom!

A quick tour of all of the SKI CAMS and HighCountryWeather.com at 5pm showed that temperatures were hovering around 27-33 degrees across the entire region and yet none of the ski areas were making snow. Lots of sunshine was on display on every camera that I looked at and the snow looked pretty sweet everywhere.

No snowmaking, lots of sunshine, no wind, temps in the 20s – good grief, what more could you ask for? 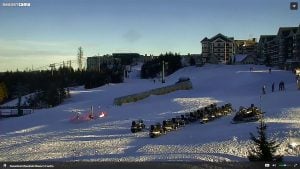 We SHOULD see some additional snowmaking temperatures tonight which will make for another spectacular day to be on the slopes of YOUR favorite mountain. If you are reading this and have ANY chance of dropping everything and heading up to play – you should do it. Blame your absence from work on me.

Sunday will be another awesome day and then we’re looking at another slight mild-up until WEDNESDAY of this week when things are looking quite cold into Wednesday night (low of 13 at Snowshoe) and that will allow for more snowmaking.

We seem to be looking at a pretty good pattern of weather for the next week or two with swings of temps just above snowmaking for a day or two – followed by a day or two with very cold days and nights. That’s a nice setup for continuing to see more slopes open and great slope conditions anywhere you decide to head.  In the next two weeks – we are really only looking at ONE DAY (Tuesday) with good chances of rain, but that’s pretty good as Wednesday things turn frigid again for great base-building snowmaking.

Email me if you have something to say… at [email protected]

Previous Post
A Super Saturday on tap for Ski Resorts!
Next Post
A Stellar Saturday at Omni Homestead