The Return of Snowmaking is Here for a Few Days 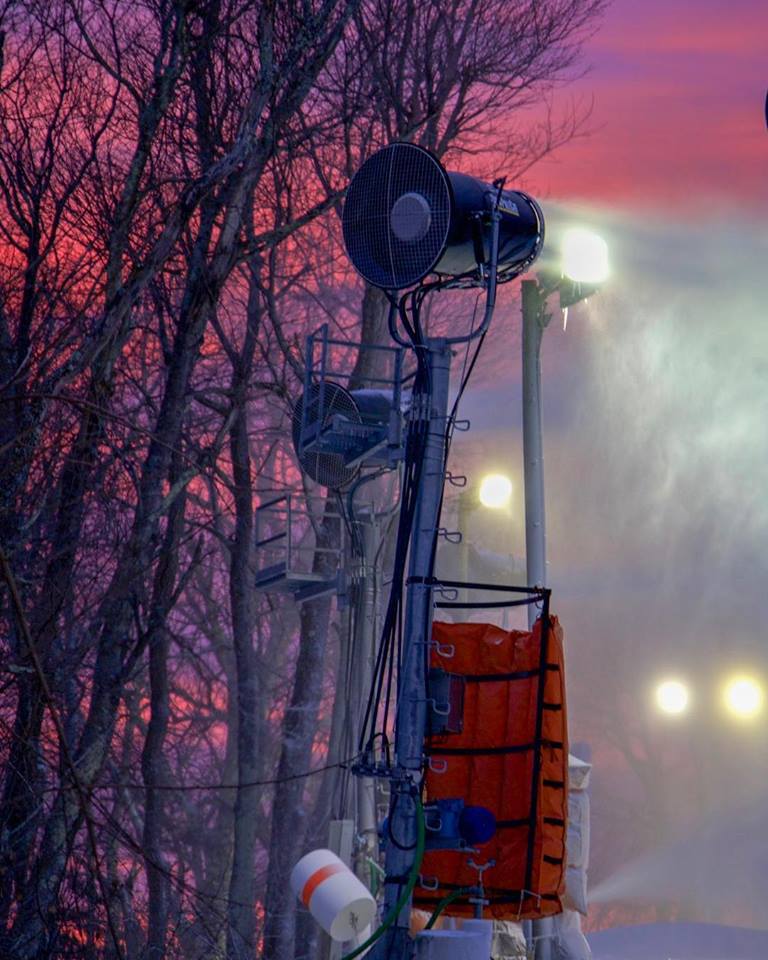 Ah yes, the sweet sound of snowmaking is permeating throughout many ski areas in the region this morning for the first time in several days.  Colder air moved in yesterday and a little under half of the resorts were able to lay down some manmade snow in the past 24 hours.  After a few days of really mild temperatures it was a sight for sore eyes to see the guns blazing on many webcams.  Here’s a shot from Timberline Resort this morning showing said snowmaking.

The ski areas that were able to make snow include App, Beech, Cataloochee, Sugar, Canaan Valley, Snowshoe, and Timberline.  You can tell from that list that most of the sub-freezing air was confined to the North Carolina and West Virginia mountains for the time being.  A few resorts were sitting well below the freezing mark this morning though and didn’t turn the guns on.  I’m not sure why (humidity was a little high?) but hopefully they can get things going this evening when we should see every resort be able to make snow.  Temps will dive into the teens and 20’s tonight for the resorts so I’m optimistic that I will be able to report a smorgasbord of snowmaking tomorrow.

Worth mentioning is the fact that we do have a small, and I mean small, amount of natural snow to report this morning.  Canaan Valley and Timberline have 1.1″ of new snow on the ground while Snowshoe has an inch.  Wisp just updated their morning blurb and said they received an inch as well.  Obviously that is not a lot but it is nice to see a layer of white off trail again.  The Canaan area had an 8 inch snow depth at this time last week and it had disappeared by yesterday.  My mood is always better when I’m riding and the entire surrounding mountains are covered in a blanket of white. 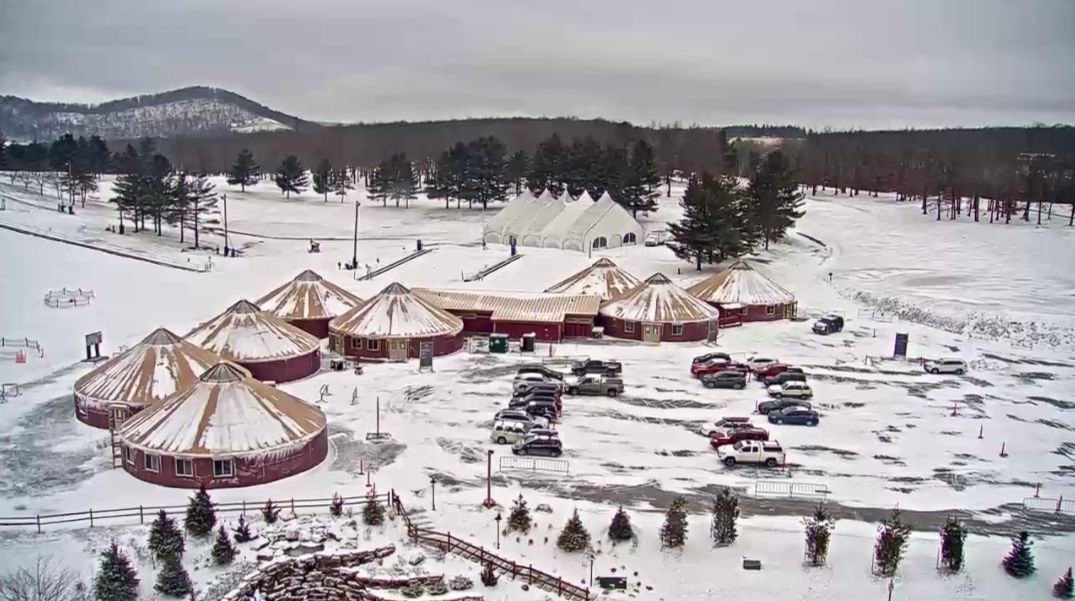 Wisp saw an inch of snow and the surrounding areas were covered in a layer of white.

The next 36-48 hours should be very kind to us.  The usual spots will be able to make snow around the clock today and tomorrow and everyone will be able to join in at night.  This mini cold snap isn’t as intense or prolonged as recent ones, but it’s sandwiched in between some milder (and wet) weather.  Another short lived cold snap looks to move in early next week so we’ll have a stretch of mild, cold, mild, and then cold weather again.  Overall, I’d say that’s not too bad.  Breaking even isn’t the worst thing ever.  Last season at this time we would have killed for a few days of cold like we’re having now.  I might go over some of the numbers tomorrow but needless to say, this January has been MUCH better than that of 2017.  Think double digits colder.

I told you all yesterday that I was going to feature some more events this week and I’m keeping my word.  Here is today’s…

This one is only applicable to a certain group of people, but it is a cool event nonetheless.  Fire and rescue personnel (and their families) get reduced rates tomorrow and Friday at Cat.  From their site… 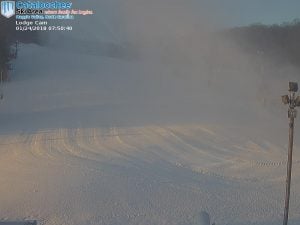 The base cam at Cat looked good this morning. Fire and rescue personnel shoud some have sweet conditions tomorrow and Friday!

It should be a good Hump Day for the ski areas.  Head on over to Resort Cams to watch the snowmaking happen today and tonight and make sure to check back tomorrow morning!

Previous Post
A Mid-Week Influx of Cold is Almost Here
Next Post
Evolution Jumps are Built and Ready to Send!