A Response to the Statement from Timberline 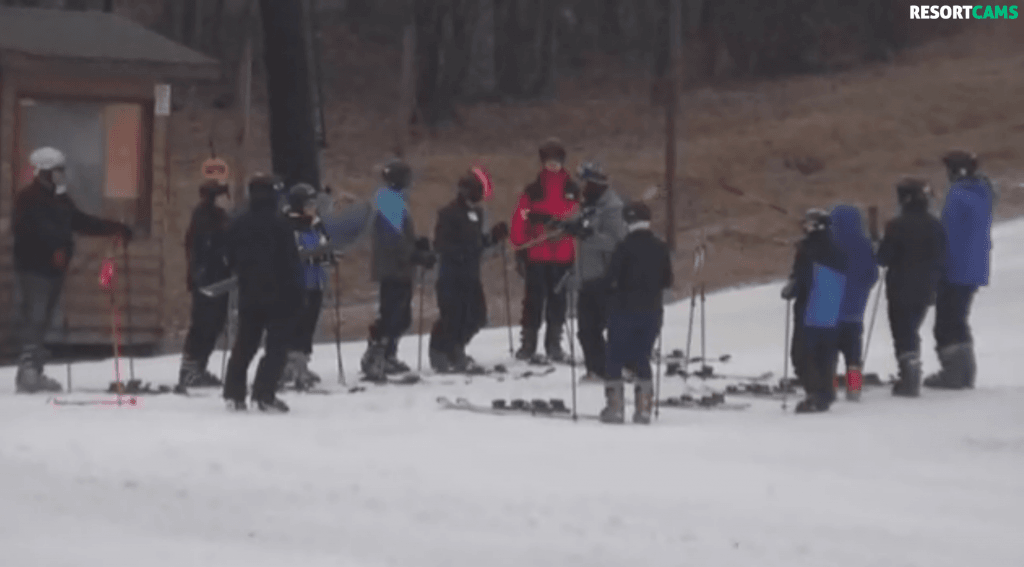 Around lunchtime on Friday, March 22nd, I received an email from Tracy Edmonds Herz of Timberline Resort. She sent me a statement that she wanted to share with those in our region. No doubt, some readers – mostly from the Davis, WV community will want to jump on me with both feet for sharing the statement. However, over our 22 seasons, we have never once denied posting a piece that was submitted by a ski resort owner, management staffer or marketing director. You can read it in its entirety and come back here for some additional commentaries of our own. No doubt, many of you will have your own.

As I am typing this, Mrs. Herz’ statement has already been viewed a few hundred times and has garnered some comments.

Our thoughts…for what little they are worth…

When Tracy submitted the statement she mentioned that she was simply trying to get this piece published. I let her know that I would do so (as I have always done for all ski resort owners over the years).

She texted me a few responses….

She thanked me and added, “I’m sure a heroic figure will be revealed in all this. Money never sleeps.”

“Timberline is our family farm. That’s all.”

Later she added a concern for me, “Fred said you will be labeled a ‘thought criminal’ if you publish this. He said it will be considered ‘violence against popular wisdom’.”

These kind of comments are quintessential Tracy.

I will not get into MY meaning of “quintessential Tracy”, but suffice to say that the Herz’s think differently than a lot of us. Not saying that’s good or bad. However, I will say that communication is key in any business and within any community – especially one as small as Davis, West Virginia.

Communication has simply been lacking and evidently all along…since the Herz family arrived at Timberline. To hear them tell it…they were never given a chance. Perhaps they didn’t TAKE that chance. It doesn’t matter who’s right or wrong in that. However, without clear and honest communication…things go south.

Earlier in the season, I was personally jumped on by some Davis, WV peeps for “selling out” to Timberline because I and our staff would not climb into the ring with some dirty MMA-style fighting of global proportions via Social Media and elsewhere. I ended up deleting and blocking two or three of the most venom/hate filled posters.

It may sound like I am defending the “haters”, but people get really passionate about their favorite mountain when they see it ran in any way other than how THEY feel it should be operated.

Truth is, there is much reason for Davis community residents to be very upset with Timberline management and mismanagement. Even as recent as this past week, Timberline Four Seasons Utilities was taken from the Herz in an emergency hearing requesting receivership of the Timberline Four Seasons Utilities. The courtroom as well as the hallway was overflowing with individuals having interest in this matter. Representatives from the PSC carted in boxes full of documents and files on dolly’s with evidence to make their case.

The meeting was being wrapped up with the judge providing control and responsibility of TFSU water and sewer utility operations to remain with the receiver until further order of the Court.

In true Tracy fashion – only THEN did she enter the courtroom. The judge had to ask who she was. Tracy explained she was late due her children using up her printer ink. The judge stated that the proceedings were over.

Prior to the hearing being dismissed, Herz claimed to the court the family had put several thousands of dollars into the utilities company and that she had forensic accounting to prove her case. Nelson encouraged Herz to seek council and file a suit before dismissing the courtroom.

…again quintessential Tracy. She just thinks differently from most of us.

Where I and others may see that Timberline Resort (the ski resort, etc.) has come to an end, she sees something else. She hinted at some possible “hero” emerging from “all this” to resurrect the place.

Stranger things have happened and even the “haters” out there will challenge you if you make the definitive statement that Timberline Resort is done as a ski area. Not sure where any reasonable thinking person can find a light at the end of this tunnel. I cannot FATHOM a way where Timberline Resort opens this summer, Autumn and the winter or winters ahead.

Per Tracy’s statement…I asked her if Timberline would ever open again. In more quintessential Tracy, I got an answer that was not an answer.

As with most cases and stories of its kind, there are SEVERAL more layers of this “legal onion” to peel off and discover. I have no doubt that several legal proceeding will occur. Some in the community have threatened Tracy and Fred Herz; and Tracy has made some inappropriate comments that have been posted on Social Media against some in the community.

I read one such comment on social media from five days ago that sums up the venom and accusations that are still being spewed both ways up there.

It is a crying shame that things have come this far. As one person TOTALLY from the outside looking in – MANY, MANY people have mishandled things related to this story.

There is NO question that the Herz family and management have been a HUGE cause in creating this ill will. The truth is that most of the problems up there ALL stem from the lack of funds to properly own and maintain a resort. When you don’t have proper funds (whatever the reasons), things will be mishandled such as paying employees with bad checks, not keeping up with tax payments, not having the funds to ensure that the infrastructures are maintained properly. When you are “robbing Peter to pay Paul”…some of those Peters are going to get mishandled and most often in our SOCIAL world, they will not go quietly…and things are ANYTHING but quiet in Davis, WV.

Things have been going downhill at Timberline Resort for several years now. The snowball effect really hammered them over the last few years and really went viral this past season…before, during and now after.

WILL someone step up and not only purchase the resort from the Herz famly but also invest millions to bring it back? Man I don’t think so. We’ll see though.

Previous Post
A Statement from Tracy Edmonds Herz of Timberline Resort
Next Post
A Glorious Day to Ride for another Day, Two or Week More!