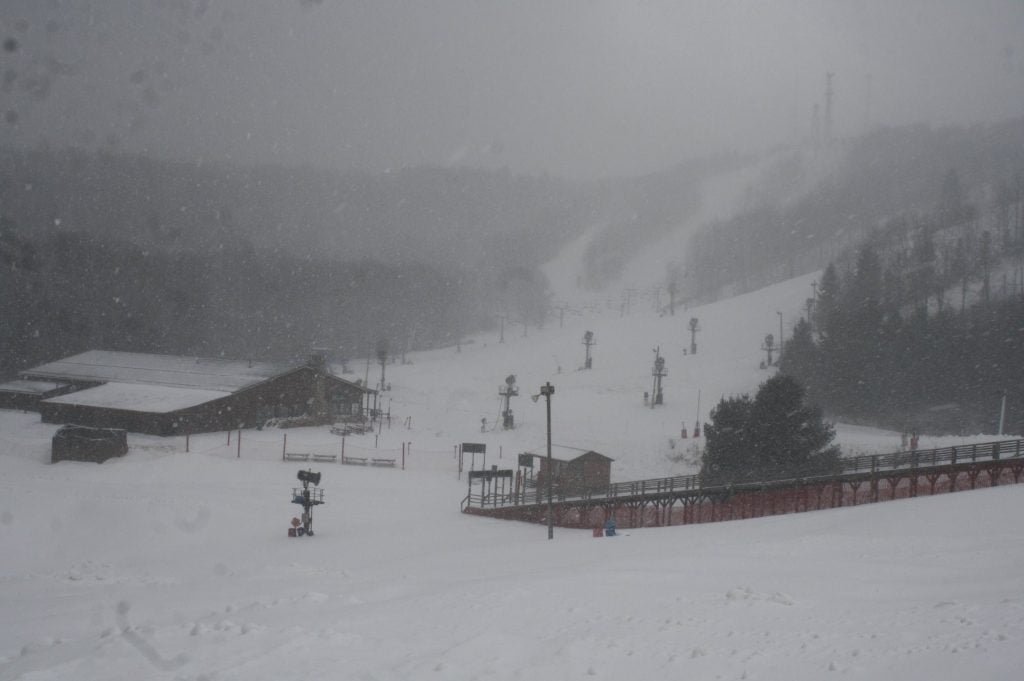 It was cold and even a bit snowy on Friday. We had flurries here in the High Country and some measurable snow further north into West Virginia. I think one of the best things about this particular early season in terms of the weather thus far – it has been very “equitable” for ski resorts across the region. The last few years has seen some ski areas really having to fight to make snow or get natural snowfall and so far (I know it is early) it’s been nice to see good natural snow as far south as Sapphire Valley and plenty of snowmaking temperatures across the widespread region.

I will admit that I am in a bit of a hurry as I have to get out of town this morning and I’m running quite late. So I’ll provide some quick hitting news and elaborate on Sunday morning. Many of you also emailed me some updates and photos from yesterday and this past week and I will get those posted as well.

If you are out and about today – shoot me some reports and photos. [email protected]

Here’s the news for today!

Canaan Valley Resort – 20° – They have seen 5″+ from the last three days and already 22″ on the season! Steve Drumheller and his crew are in pristine condition today with 11 slopes open, tubing, terrain parks, ice skating and more. What are you waiting for?

Snowshoe Mountain – 19° – They’re boasting 32 trails open covering 130 acres for day sessions and there is night skiing over on Silver Creek. Terrain parks are open as well. It looks awesome at The Shoe!

Wolf Ridge – 20° – Made snow however – The Snow Guns Will Be Off today so get out early! 10 slopes open for day and night sessions. Tubing and terrain park open.

Bryce Resort – OPENS TODAY. 28° Made Snow. Although their slope report was not available we are speculating the will be open with 5 trails or more and for day and night sessions. Tubing opens as well.

Massanutten Resort – 24° and they are open til 5pm with 5 slopes and tubing and skiing!

Wintergreen Resort – 23° and they are open til 9pm with 9 slopes, tubing, terrain parks and great times.

Timberline Resort – 20° – They were supposed to be opening yesterday, then put that off to today due to some technical difficulty…and now they are only opening one beginner slopes. Conditions there look near mid season form, so obviously Timberline is scrambling to get the pieces in place to allow a “more robust opening” later in the week. (Really pulling for these guys to have a bit more good fortune.)