Refreshingly Cooler This Morning But Not Quite Cold Enough 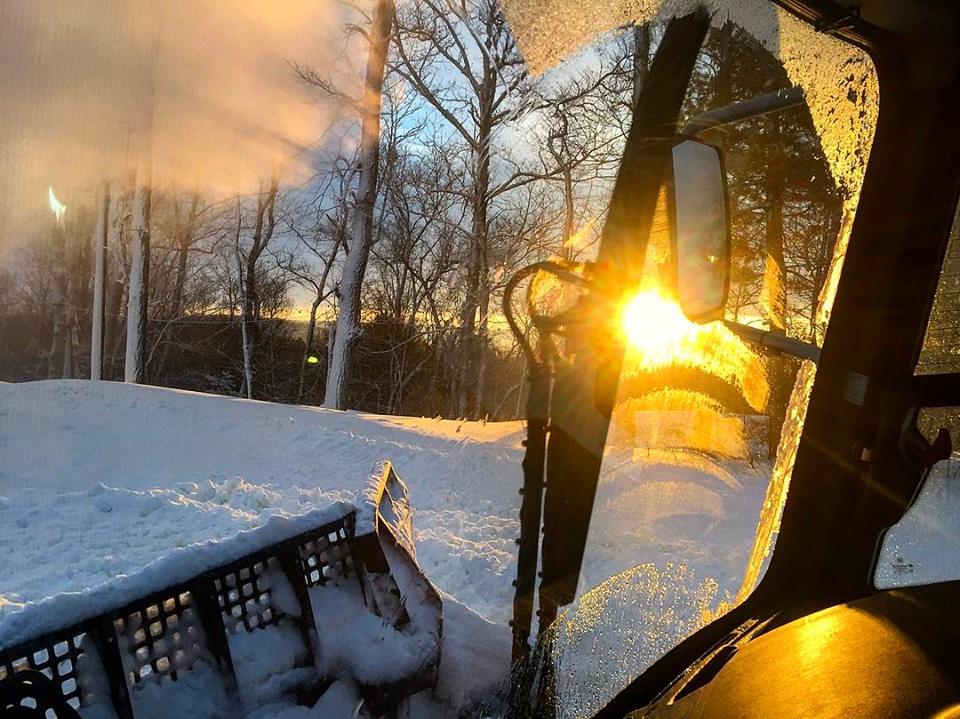 Mother Nature teased us overnight with some temperatures that were borderline good enough for snowmaking.  However, conditions weren’t quite optimal and no ski area was able to fire the guns back up, except for one who maybe shouldn’t have.

If you take a look at the SNOW REPORT this morning you will see that many of the ski areas in West Virginia, Virginia, and Maryland are right around the freezing mark if not a little below.  It just wasn’t cold enough for long enough though and the snowmakers weren’t able to do their thing.  That said, it is nice to see widespread temps in the low and mid 30’s this morning and there was even a little bit of snow that fell yesterday at Snowshoe Mountain.  Nothing accumulated but it was a sight for sore eyes for sure.  Click on the video below to play it.

Down here in North Carolina it is several degrees warmer but still on the cool side.  Temperatures this morning are generally in the low 40’s and lows overnight bottomed out in the mid to upper 30’s.  You’d think that means no snowmaking (and you’re right) but alas, Sugar Mountain has had the guns going for probably 18 hours now.  I have no idea why that is the case, other than marketing reasons I guess.  It is very, very weird to look at their website and see this.

The local forecaster for the High Country had a forecasted low temperature of 30-32 degrees for Beech and Sugar and obviously that didn’t pan out.  I’m wondering if they were counting on that happening and when it didn’t they just let the guns keep on going.  Who knows.

Regardless of the lack of snowmaking, the cooler temperatures this morning definitely helped out the groomers overnight.  I talked the other day about how grooming the snow when it’s slushy makes things worse and contributes to the deterioration of it.  The last few days it’s probably been difficult to spread snow piles out on the slopes as a result.  These overnight temperatures have allowed the groomers to get out and move around some snow to patch things up.  Massanutten’s snow report included this…

This morning’s conditions should be really nice with the firmer snow and corduroy.  Things will soften up though throughout the day as we warm back up in the afternoon.  Forecasted highs are once again in the upper 40’s and 50’s across the region.  But hey, at least it should be on the sunny side again. 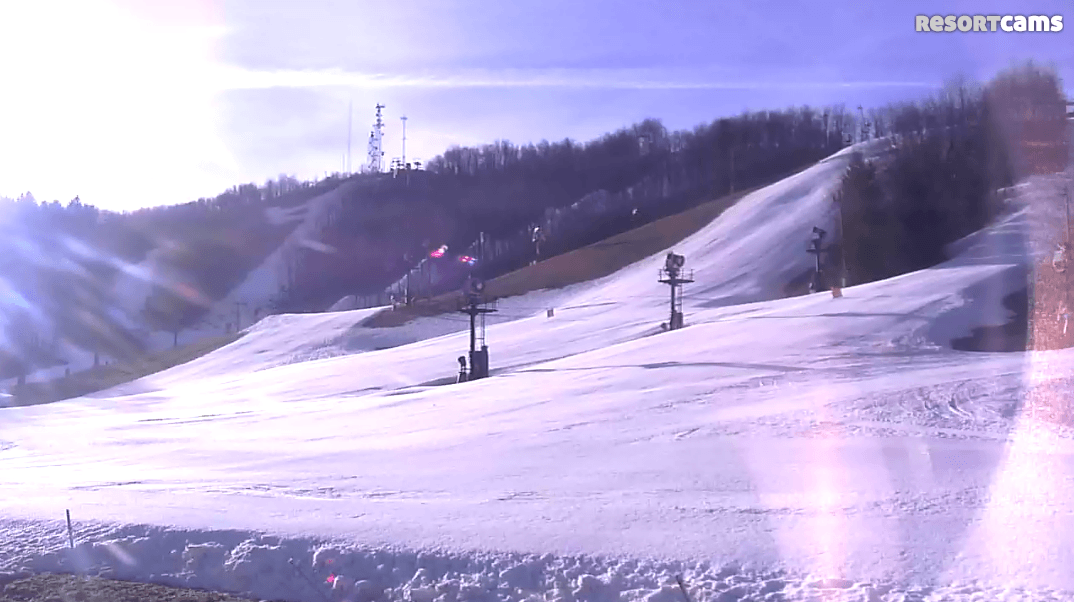 Bright sunshine at Winterplace this morning.

This will be the last time we see temperatures this cool for a while as the forecast still looks less than ideal to say the least.  Mild temperatures will persist and we have some rain in the forecast for tomorrow and late Saturday/Sunday.  There’s even the possibility of thunderstorms for ski areas here in NC on Sunday.  Ugh.  I need to stop reading weather blogs from out in Utah and Tahoe as it’s making things worse for me.  On the bright side, at least I’ll have all day Sunday to watch football.

I’m still a little worried about what things will look like come Monday, mainly for the resorts here in North Carolina.  That said, the resorts are doing a pretty dang good job right now of holding on.  Sure, there are some brown spots here and there showing up on the webcams but there is also some good looking snow slabs as well.  If you look again at the above image of Winterplace you will notice how thick the base is.

All of us snow lovers are already looking ahead to the end of next week for the return of colder air.  As are the resorts as some of them are already mentioning it on social media…

A long stretch of mild weather in the middle of January is never ideal, but winter has re-appeared in the 10-day...

It’s so impressive that Snowshoe has been able to stay open with 55 trails.  Crazy.

Once we make it to the end of next week, it looks like we will see an extended period of colder temperatures and possibly some snow as well.  It sure looks promising and hopefully this thaw will become a distant, distant memory.  I’m already thinking of lining up a trip to West Virginia next weekend.  It’s going to be a long 7-8 days of waiting!

That’s it for today.  It’s a short post I know but there just isn’t much going on right now.  Get out and ski or snowboard today if you can!  It might be the best day until next week.