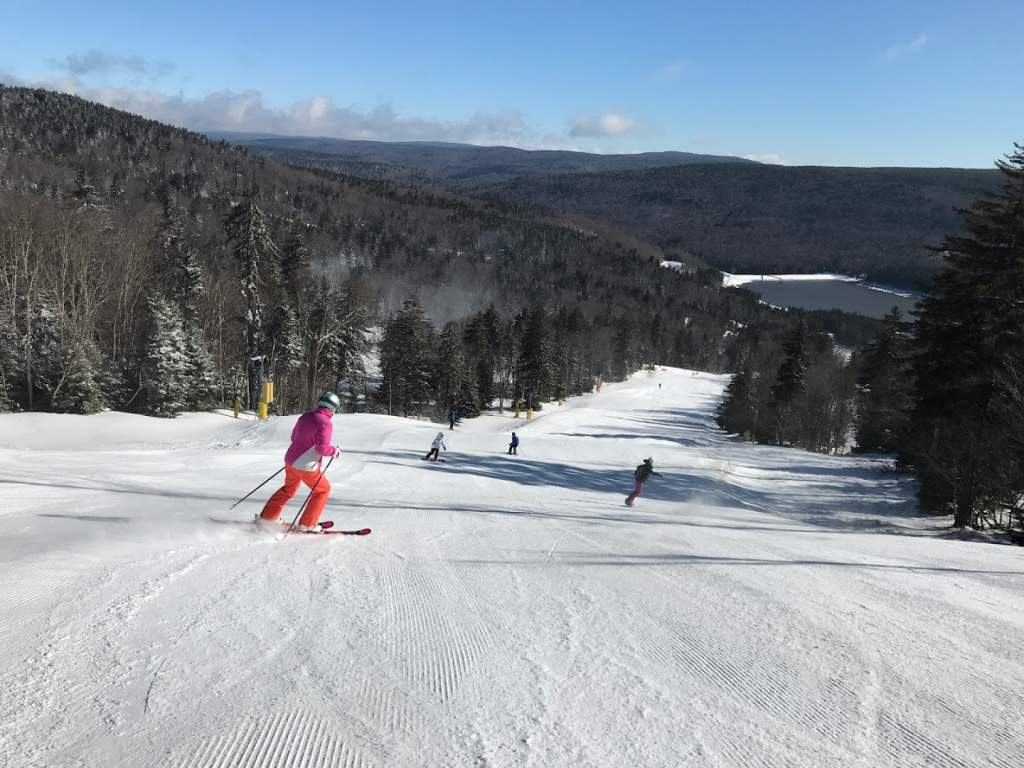 I have used my space on this web site on numerous occasions this season to spout off about the importance of using the various web cams located at the resorts in the southeast as a way to make sure you know what you are getting into, after making a decision to go and play in the snow.  After taking a look at the conditions at all of the resorts this past Thursday, I would’ve said, “There’s just no way, I mean no way, the upcoming weekend’s skiing and snowboarding was going to be worth a darn.”

That my folks, might have been my thinking had I not looked at the various weather forecasts available to everyone, 48-hours prior to making a final decision to head to the mountains for some “product evaluation.”  As you probably know, I am not a big fan of long term forecasting as things can change on a dime in the mountains.  I have seen it happen so many times, when historical data shows there might be this happening or that happening.  I feel a lot more secure when I am closer in to making a move one way or the other.

When the forecast showed overnight snow for about 36-hours, I knew this was going to light a fire under the “you know what” of some mountain operation staffs and the situation was going to turn on that same dime.  Again, when looking at the webcams on Wednesday, I saw a lot of brown just about everywhere at every resort.  I am not telling you anything you don’t already know but, that is not the color you should associate outdoor winter sports with at any time.  It isn’t pretty and makes everyone in the industry depressed, when this time of year the color of white is what is expected and usually seen, if you catch my drift (pun intended).

I knew by talking to a number of industry folks, after the blow torch type of February the Southeast region has had, this weekend was going to be the last hurrah for a few of them.  I also know that those same industry folks like to go out of every season with a hang and a little bit of real winter weather would help their cause.  Well I am here to say, the shot of winter weather came and a lot of the brown went bye-bye.

I took another tour around the region using the web cams at all the resorts on Friday and it was a drastic change from the conditions I saw just the day before.  No, the resorts were not back into the shape they were at the beginning of last month, but things were white again, pretty much everywhere.  I reached out to a couple of those same industry officials and you could sense of bit of giddy up in their step.  Natural snowfall and a chance to make a little bit of snow, here and there will do that to you if you are in the snow sports industry.

You could also tell the folks that enjoy this time of year to maybe make last final turns of the season were looking at those same cams as I was, because the phones started ringing at the resorts.  That meant reservations were being made at the last minute and skiers and snowboarders knew that if they were going to visit their favorite resort again this season, they better not waste any time.

My son Christian, yea the same one that turns 14 this week, wanted to use the annual Skisoutheast.com Summit at Snowshoe Mountain as his “Birthday Gathering” (he is too old to have parties, you know) this year.   So, with the conditions situation changing over night we rounded up a couple of his ski and snowboard buddies and headed to join Mike, Kenny and the rest of the crew for the summit.  By the way, usually when I hear the word summit, I think of those two-hour long seminars that really don’t mean a hill of beans and rubber chicken luncheons, when you have to play nicety nice and give that political nod to the folks at your table, that you are meeting for the first time.  That definitely hasn’t ever been the case with the Skisoutheast.com gathering and I don’t think will ever be if Mike and Kenny have anything to do with planning the event.

Nearly 150 winter sport lovers gathering for the summit that was all about enjoy the sport of skiing and snowboarding.  Now getting back to what everyone found when they hit the slopes at Snowshoe Mountain, they found over 170 acres of white fun.  Yes, those brown spots that everyone had seen on those web cams earlier in the week were gone, no where to be found.

Usually on a Saturday morning it is tough to awaken from the dead three young boys who for the most part cherish their sleep.  It was my task of starting their engines up to make sure we hit the slopes for those first turns with Mike and Kenny when the ropes dropped at 9 am.  I am here to say, I did not have to use a pitchfork or a loud voice after I informed them that the temperature at the top was in the teens and all of their favorite trails were opened and groomed and reminded them that six inches of natural was also mixed in with some man-made snow also.

Again, remember the situation was looking a little bleak during the midweek observations of the webcams, but having placed some well timed faith in Mother Nature and Snowshoe’s Mountain Operations crew, I knew we were going to be just fine.  You know where we were just a few days earlier and again with just a little help here and there, the industry that I have been proud to be part of for the last 35 years, redeemed itself again.

Finally, this week, hats off to Mike and Kenny for another fine and fun Skisoutheast.com Snow Summit.  My only question is, when is next year’s scheduled.

That’s it for this week’s column, unfortunately I don’t think many more will be following this one, but you never know.  Just remember whether it be cold or whether it be warm, we’ll weather the weather, whatever the weather will be.  Think about it! See you on the slopes.

Previous Post
What a Crazy, Busy, Great Saturday it Was
Next Post
I Told You March Would Be Better