President’s Day Weekend Was A Success

Today’s featured image is from Bryce Resort from over the weekend.

The weather was outstanding all weekend, and the conditions were even better after the light snow at the start of the weekend. The mountain operation crews took advantage of the perfectly timed cold snap and outdid themselves to give us spectacular conditions.

The weekend was crowded (really crowded at times), but it seemed that the crowds started dissipating yesterday afternoon.

That proved to be a recipe for a great night on the slopes for everyone that was able to take advantage.

I always love seeing emails from you guys in our inbox and it was great to see a couple of trip reports in our inbox this morning.

Matt Losh shared this about his day from Beech Mountain.

“Spent the day at Beech Mtn. and it was an amazing day! Bluebird conditions! The open slopes were in excellent shape despite the crowds on Saturday and Sunday. There was a little bit of a crowd in the AM, but most were gone by noon. What a great day for skiing/boarding! My best day of this season.”

Mike hit the slopes at Sugar yesterday and shared a great report on his President’s Day.

“I thought I’d share this bit of insight about Monday skiing. Justin Partridge and I decided to head out and make some Monday turns and at the last minute, we decided on Sugar Mountain. We planned our arrival to be after 1 pm figuring that a lot of the heavy traffic from the President’s Day weekend would be gone.

We could not have timed things better.

We did several laps down Upper and Lower Flying Mile and although the main lift kept stalling (someone shared that there was a small electrical issue) we never had a lift line of more than 10 minutes. We took a short break for a couple of brews and then rode the old Green lift to the top of Big Birch and it too stalled twice…but then skied down to Oma’s Lift and did laps on Oma’s Meadow.

Before leaving we hit up Gunter’s Way and all I can say is that Monday turns on Sugar Mountain were the best I’ve had this season. The snow was absolutely perfect for carving and pretty much opening up and skiing however you desire. I was really surprised at just how great the conditions were. I’d bet the same could be said on Monday wherever people decided to ride, but Sugar was an awesome day for me.

Timing is everything and most of my days on the slopes around the region have been just after thaws and cold snaps with lots of snowmaking. Monday was a perfectly timed day. Lots of base, no snowmaking and no lift lines to speak of. I had not waxed my skis in a bit and some of my first runs kind of grabbed my skis. I stopped in the ski shop in the lodge and they sold me some instant, rub-on wax and the rest of my day was sweet.”

Hopefully, we can keep that momentum going.

Now that the holiday weekend is gone, we turn our focus to ending the season strong. It’s hard to believe that it is the middle of February, but as Mike shared yesterday there are still at least six weeks of the season left.

Conditions this morning are still looking great. For the full details, be sure to hop over to the Snow Reports page.

Here are a couple of shots from around the region this morning. 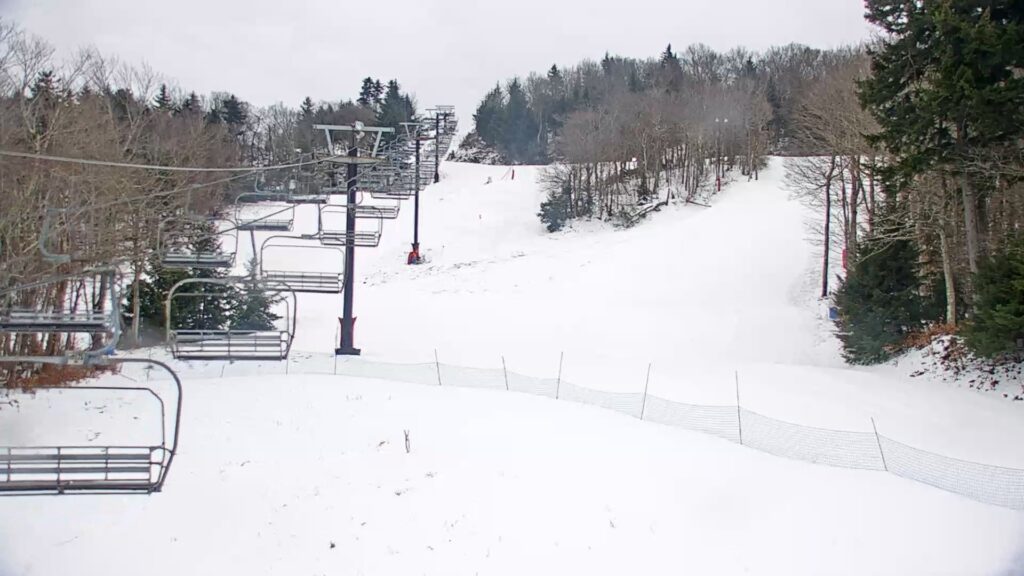 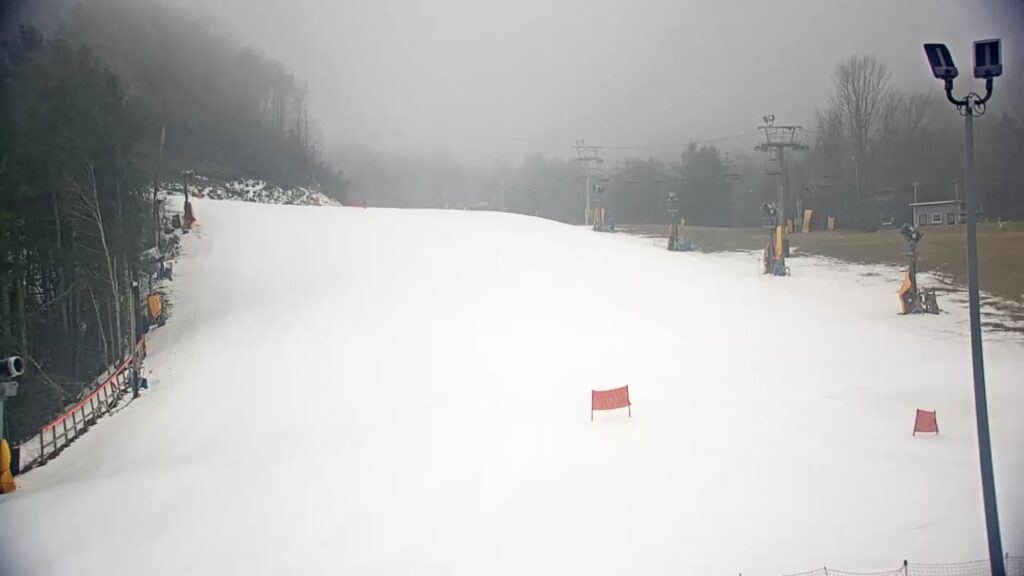 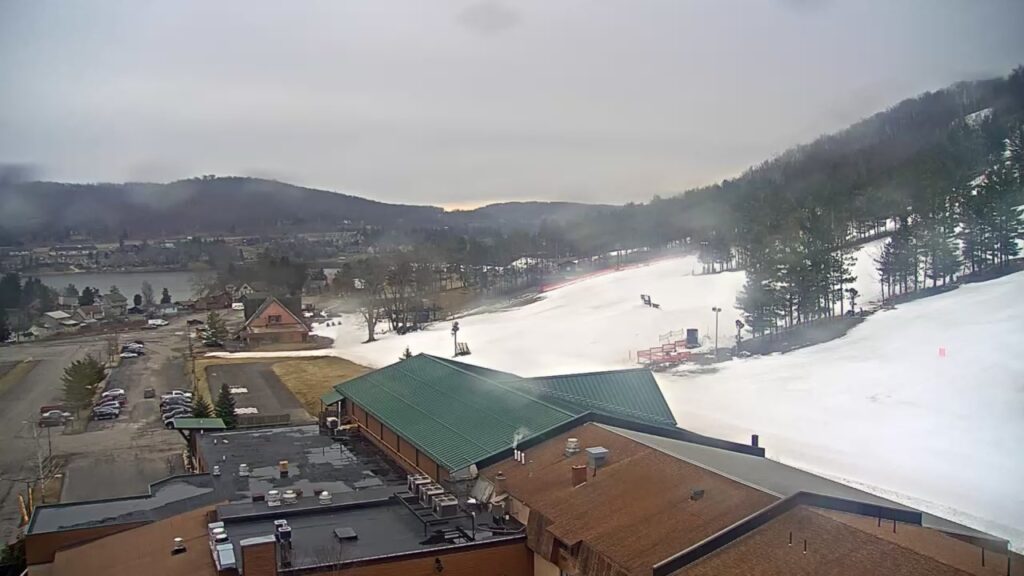 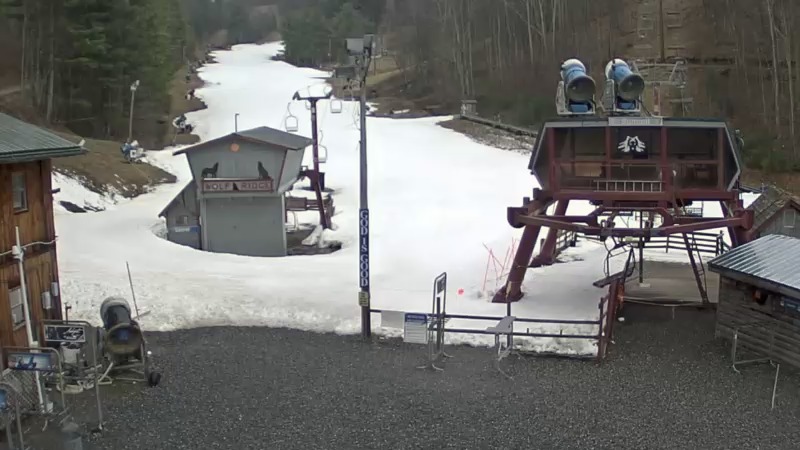 The weather, however, isn’t going to be as nice as it was this weekend for today.

Some of that pesky underdeveloped snow will move in later today and last throughout the night. On the bright side, it isn’t going to be anywhere near the amount of rain that we have seen the past couple of weeks.

We are keeping an eye on the weather for Thursday and Friday – especially for the southern part of the region – as we may see Ma Nature provide us with some fresh powder. Be on the lookout for an update from Brad, and I will certainly have more to share tomorrow.

Area-wide, there will also be some great snowmaking windows for the rest of the week an en into next week after the rain moves through.

As good as this weekend was, this upcoming weekend (and even the weekend after) has the potential to be even better – fingers crossed.

Speaking of next weekend, we are up to 135 people who are joining us at the Ski Southeast Snowshoe Summit Feb. 28, 29 and March 1. I just peeped at the two-week forecast and things are looking really promising for great conditions.

Of course, a good time is all but guaranteed. To find out more or to register, click here.

That will do it for today but until next time #ThinkSnow.