A Spring-like President’s Day at the Ski Resorts 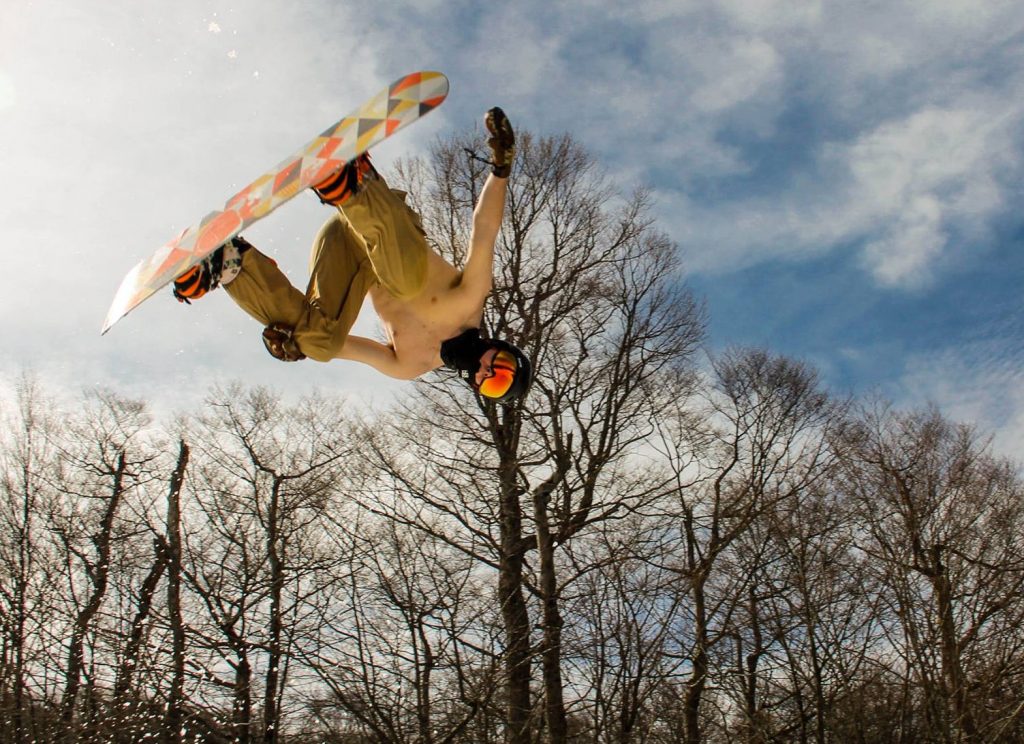 Yes, I was frustrated on Sunday morning. You would be as well – if you were constantly talking about the fact that there’s plenty of good, skiable/ridable terrain on the slopes of our southeast and mid-Atlantic ski areas – only to be told via emails over and over again about how that just isn’t possible.

Thanks to a few of our longtime readers – I’m feeling all warm and fuzzy this morning. I guess our weather conditions aren’t the only thing operating on a roller-coaster basis. (See Joe Steven’s “Roller Coaster Ride from Hell” story from Sunday.)

I’m thinking that I fielded more complaint and negative emails from readers this past Saturday than I have since the “Dave Snow, Beech Mountain” story that was posted several years back. I guess there IS a lot of pent up desire to go play in the snow and when the temperatures are in the 50s, 60s and even low 70s, snow-lovers are just deprived and need to vent. So lean on me my friends. I can take it…I just had to vent a bit yesterday myself.

I guess it always surprises me that just when I think that nobody is “listening” out there in SkiSoutheast-land – I get a number of great emails from you guys.

Here are a couple from Sunday:

David wrote, “I was at Sugar on Saturday and it was really nice. It was better than I thought it was going to be. Sure there were some thin areas up top that were not marked but all you had to do was ski around them. All in all a great day and it was warm enough later in the day to wear a couple of thin layers. It was one of my funnest days on the snow this season.”

Longtime reader, Meimei wrote, “Mike, Massanutten was way better than anyone expected today. Partially because I think a lot of people opted not to get on the slopes. The ski school classes were packed for both kids full day programs and beginners. But the blue and black trails were not as crowded as usual for Pres. Day weekend Sunday. Got a little mushy on the lower trails from about 12:30-3:00 but once the sun went behind the mountain, it was fine and empty.  Felt more like a Monday. Snow is narrow on the lower mountain but deep. Even Geronimo will have plenty of snow for Monday with no thin spots in the middle of the coverage. Pacesetter terrain features are gone so it’s a blue that stays in the shade. Meimei.”

I was emailing back and forth on Sunday with a longtime ski area staffer who asked me not to mention their name – but he wrote, “Mike, you know by now that when it is 70 degrees off the mountain down in Raleigh or Atlanta, that people are just not thinking there will be any snow left on the mountain. You can do all of the educating you can do and spread the gospel like you do for us and it will make very little difference. There will be people who know better because they been here when it was warm and they learned for themselves that the snow is better than they’d have imagined. But for the rest of the population, they are just not going to believe it. The webcams are great but if they don’t think there will be snow, they are not even going to go have a look online.”

He’s correct. I just checked our analytics from Sunday and we had 26,126 views…which is a LOT considering the weather…but down considerably from a normal, snowy, winter, mid-February day.

I do want to thank all of the television stations that do share our LIVE VIEWS via ResortCams.com. I was watching NewsChannel 36 early on Sunday and two different meteorologists showed ResortCams views – one of which was from Appalachian Ski Mountain.  They really help to spread the message for our ski mountains and that IS much appreciated. 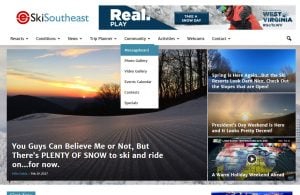 Click to Enlarge. The MESSAGEBOARD is a great place to get the low down on what the conditions are like, from fellow readers.

Also if you are ever in doubt as to how the conditions are, you can always click on the COMMUNITY LINK and then MESSAGEBOARD and view reader’s remarks, Trip Reports and more!

Speaking of webcams – we have a few more going LIVE soon. We are installing a new camera at Chetola in Blowing Rock within the next week or two. That will provide some awesome views year-round with the fall colors there as well as the awesome Christmas lights that they do. However, I am most excited to be able to feature the POLAR PLUNGE LIVE that takes place annually during the Blowing Rock Winterfest. That will be awesome.

For those of you who are lucky enough to be off on this Monday, President’s Day, the snow will be soft and get softer throughout the day. The overnight temps were in the 34° to 40° at most locations last night which WILL help to firm things up.

Today I am sharing the BASE DEPTHS at the ski areas. We don’t talk much about them anymore because as long as there is 5″ or so of snow covering a trail – the base depths are the LEAST important component on a trail report. Some ski areas never adjust them all season long and we have noted those.

No report whatsoever:
Bryce Resort – On Sunday they were playing on 7 of 8 slopes for day sessions only

Timberline Resort will NOT be open Tuesday-Thursday of this week – electing to save their snow for the higher volume, weekend traffic.

That will do it for me on this sunny Monday. Enjoy your Spring (er Winter) day. Email with if you feel the need at [email protected]

Here’s another look at Canaan Valley from this past weekend. Looks like peeps were having a blast! 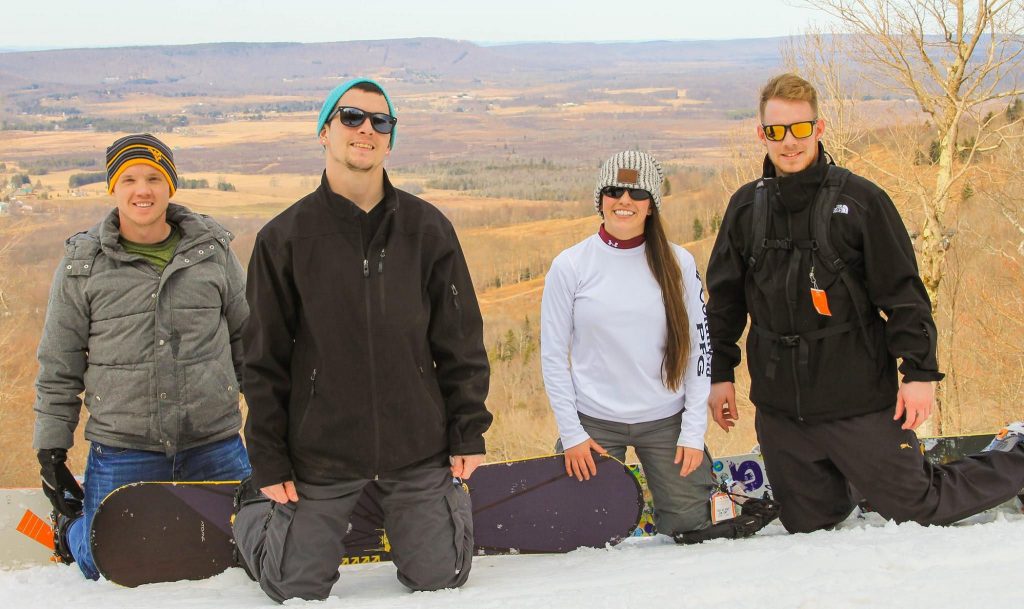 Previous Post
You Guys Can Believe Me or Not, But There’s PLENTY OF SNOW to ski and ride on…for now.
Next Post
Our Readers Provide Input Into the Current Conditions at the Ski Resorts