A Prelude of What’s to Come as Several Inches of Snow Has Fallen in Parts of the Region! 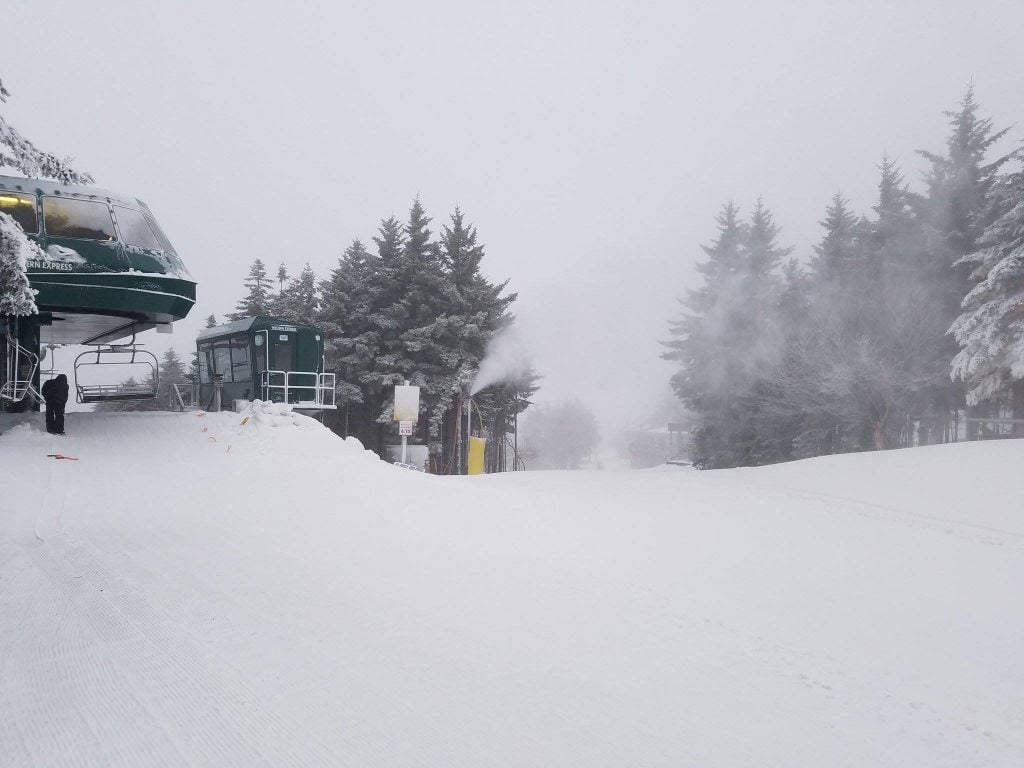 Well, this morning is quite the nice surprise for the ski areas in the northern part of the region.  The First Trax article yesterday morning mentioned wintry conditions arriving overnight.  About two minutes after I got done posting it I got an email about snow falling up in Davis, WV.  That continued throughout the day and it looks rather awesome up at Canaan Valley this morning as they have received over 5″ of snow in the past 24 hours.  Check out the patio area! 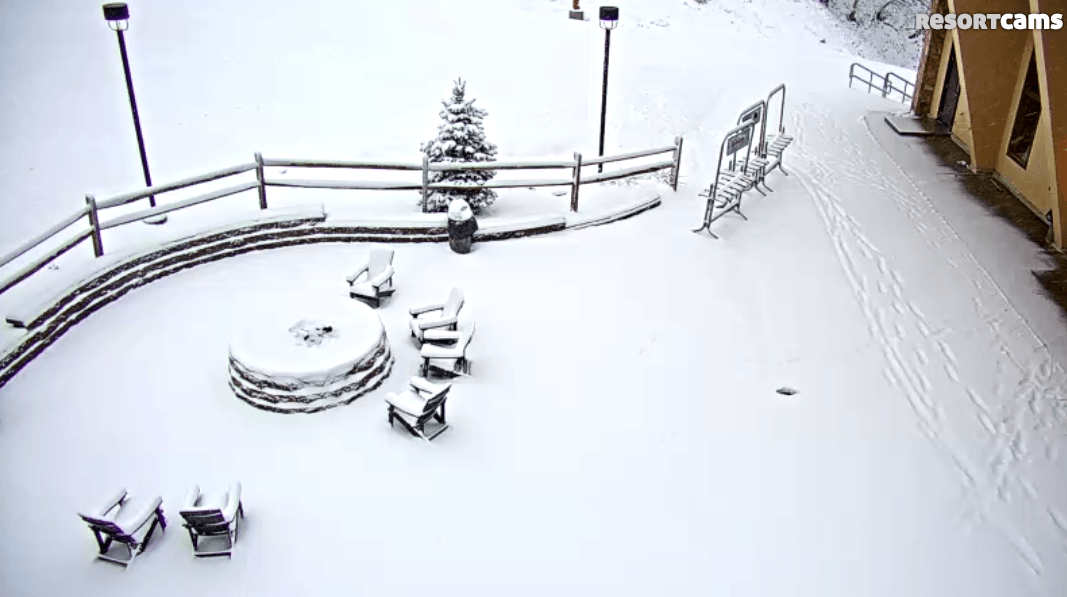 Here’s a little screencast I grabbed from the base cam where you can see that some snow flakes are still falling this morning.

Snowshoe just posted this photo on Facebook.  In addition to natural snow, they also were able to make snow overnight.

Check out these fat flakes that were falling at Wisp yesterday!

And finally, the view at Timberline looked nice and wintry yesterday afternoon!

Beautiful snowy day for our Tuck Into Tuesday deal!Bring a non-perishable food item to @tline for a $20 lift ticket! All benefits go to Tucker Food Bank.

The Snowshoe number was expected and lined up perfectly with the forecast from yesterday morning.  However, the totals at Canaan, Timberline, and Wisp were unexpected.  The forecast yesterday morning for those resorts was only for an inch or so if I remember correctly.  Apparently it even caught the National Weather Service off guard as David Lesher noted this on his snow report this morning…

Generally try to avoid criticism of the work of the National Weather Service but failure to issue any advisories for the Tucker County highlands during this event yesterday deserves to be pointed out.

Some other resorts got a little tease yesterday as wet, slushy snow fall in other parts of the region but didn’t accumulate too much.  It looks like Wintergreen saw a trace or so based on the webcams out there (they never report snowfall totals, which is frustrating).  They are also reporting that they made snow overnight, which is awesome!

In North Carolina, Sugar and Beech saw some wet snow yesterday as well.  Beech isn’t reporting anything but it looks like there is a trace to a dusting on the ground on the summit cam right now, although most of that might be from this morning as some light snow is still falling.  Sugar is reporting 0.3″ of snow at the top of the mountain and is making snow right now.  I am highly surprised once again that they are open today as the bottom looks rough.  They are determined to make it through this thaw I guess…

Temperatures will remain on the cool side today once the snow tapers off this morning, but tomorrow sees a brief warmup as highs will be in the 50’s at the ski areas.  Colder temps are still slated to arrive on Thursday though and the forecast for a cold and snowy weekend is still on track.  Brad Panovich sent us his latest forecast overnight.

It is nice to once again get a positive video from him, as the last few weeks it’s been a huge bummer to see nothing but mild conditions in the forecast.  And that forecast certainly does look good for the upcoming weekend.  Northwest flow snow is always the best and hopefully it delivers once again.  The National Weather Service has nothing but snow icons right now for the weekend for the ski areas up in West Virginia and Maryland.  Same goes for Beech Mountain and Sugar Mountain according to the local forecaster.

Regardless of natural snow, the return of colder temps will see snow guns fire up everywhere once again.  By the time that happens, it will have been 16 or 17 days since that happened for some locations!  Unheard of in January.  We still have several ski areas that are temporarily closed (Wolf, Cataloochee, Sapphire Valley, Ober) but they should all be able to open back up for the weekend.  There’s an article in an Asheville newspaper this week in which Chris Bates, the general manager of Cataloochee, mentions that in 18 years he has never seen the ski area have to close in January.  It truly has been an epic January Thaw.

The thaw is almost over though.  This snow is just a prelude of the second half of the week.  Only one more day of warmth tomorrow and we’ll have gotten past all this nonsense.