Plenty of Sunshine and Great Conditions 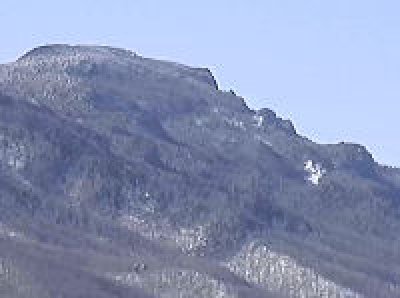 I was up and at it early on Saturday morning doing the snow report which needed a little "late season adjusting" as some of the snowfall totals from this past week's storm somehow got added in twice at a couple of resorts.  The great thing is that we are currently experiencing what are probably THE BEST conditions of the season – right now on March 9th. Packed Powder is the term of the day as far as surface conditions are concerned – at least early in the day.

As the warm sunny skies do their thing…conditions will loosen up the snow especially south of Winterplace Resort. Temps are expected to be in the 40s at the higher elevations with some upper 30s around Snowshoe and the WV resorts.

That will make for the best of both worlds with comfortable skiing on great conditions. Nearly everything is open at every resort with the lone exception of Wolf Ridge which for some reason has operated at less than 45% open all season.

Everyone else is in great shape with most everything that COULD be open IS open…including terrain parks and snow tubing.  For those who headed to the trails this weekend, there's also PLENTY of natural snow to play in.

The northern tier of West Virginia ski resorts all are blanketed with more than 24 inches of natural snow still on the ground. So if you're looking to make some snow creatures, there's plenty of that available up that way.

I received a few emails asking about "how much snow is on the ground at Beech and Sugar"…  The answer is about 3.5" now. Friday's milder temps and beaming sunshine  have pretty much dropped the snow depth at the highest elevations to just enough to still play in and have a good snowball fight in favored locations where the high winds didn't drop what was reportedly 10" of snow to AT BEST one-half inch in most places.

As I watched the web cams this morning (and just now) it is apparently yet another brisk, skier-visit weekend. Beech Mountain looked pretty well trafficked at the base this morning. Ditto that at Snowshoe Mountain and Timberline.

I'm thinking that when all is said and done this will be an impressive, and financially great, skier-visit season across the board. From what I'm hearing Snowshoe could be setting some records for full-season totals, while most of the other ski resorts are close to the kind of great numbers that were turned three seasons ago.  I've heard all sorts of record-breaking, pre-season ticket sales for Snowshoe's $199 Season Pass sale that ended February 28th.  They are still offering the next few weeks and all next season – Season Pass pricing at $249 which is an awesome deal.  I won't share speculation about just how many were sold, but I was told that it was 4-5 times their best season ticket sales EVER.

The forecast for today and Sunday is for amazing "Kodak" moments with lots of sunshine, smiling faces and conditions that rival mid season conditions for ANY season as we move ever closer to when a number of ski areas would normally be closing for the season. We've already shared that some ski resorts have extended their seasons and expect perhaps more of the same from others.

So go play while you can…and check back tomorrow for the updates.

Previous Post
This is the Awesome Season that Never Ends, It Just Goes On and On, My Snow Loving Friend!
Next Post
LOTS OF SUN AND SNOW OUT THERE!