Playing with the Wolf

WOW, it is going to be another great day on the slopes today.  This is some of the best skiing and riding you could ask for in the Southeast and Mid-Atlantic.  I really hope you guys are able to get out and enjoy it.

As most of you know I was at Wolf Ridge yesterday.  I had not been to Wolf in forever and a day and I’ve been missing out! 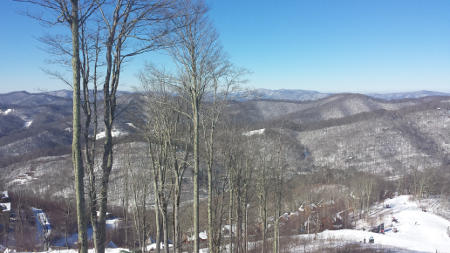 The view from the top of Wolf

I had forgotten how much fun the mountain is, and pile on a good bit of natural snow and you have a good time. 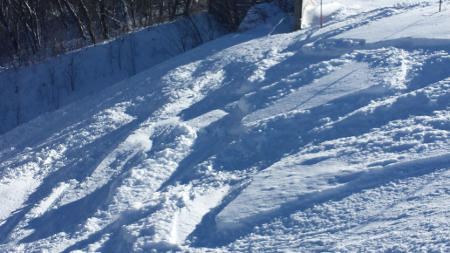 I wanted to hit Wolf not just for the skiing but to also meet the new crew over there.  The mountain is now run by a husband and wife team that might be some of the nicest folks you’ll ever meet.  They really get what the mountain is about and what separates it from the others.  Just as an example, they were up until 1am on Wednesday ferrying guests to their lodgings.  In one case they themselves could not make it up due to the snow and brought the guests to their house instead.  You just don’t get that kind of treatment anywhere else.

They came into the picture early in the season but late enough that it was already well in motion.  They have great plans for the mountain and I for one could not be happier.  Wolf is in a great location and this is their shot to clean the slat and develop the mountain into its full potential.  For starters, they have brought in consultants from the snowmaking companies to develop plans to improve their snowmaking capacity and quality and we can expect some digging over the summer.  And speaking of summer, they also have great plans to develop the mountain into a 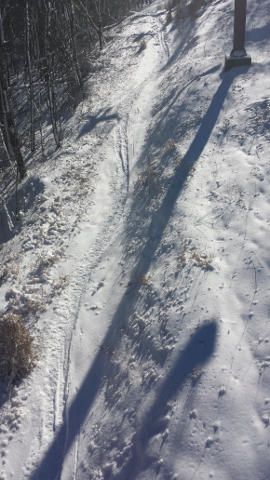 4-season destination.  We will be following their progress very closely.

Wolf also hired a new Marketing Director who just started on Tuesday.  He comes from a skiing background as a former Marketing Director at Snowshoe.  The new owners are putting a great team in place and I am very much looking forward to what they do.  The best of luck to them all and we’re here to help in any way we can.  It is in everyone’s best interest to have another Southeast destination ski resort.

Now on to the snow.  On my way up the hill it became evident pretty quickly how much snow they had received from the storm and that people were taking full advantage of the conditions.

In fact, I learned pretty quickly that the ski boundaries were more of a suggestion than a hard and fast rule.  Here again, something the bigger mountains would fight and adds to what makes Wolf different. 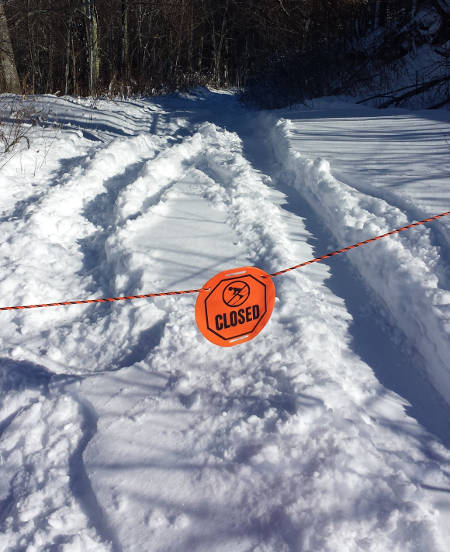 The snow on the slopes proper was really good.  There was a nice soft, fluffy primary and a secondary that your edges could bit into.  It made skiing the steeps over there that much more fun. 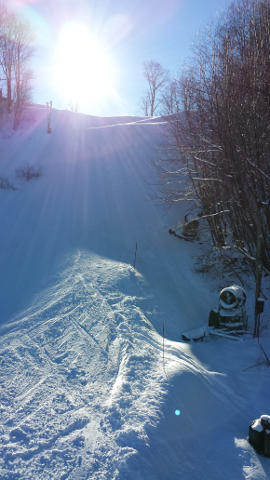 All in all it was a great day to be at Wolf Ridge and I am very glad that I was able to become reacquainted with the mountain and meet the team that will open the next chapter in the book of Wolf.

While I was at Wolf skiing away the day, skiers and riders at the other Southeast and Mid-Atlantic resorts were witnessing much the same thing.  As I was updating the ski reports this morning, just about all of the mountains continued to add to their bases last night.  Most of the resorts relied on their own snowmaking ability, but a couple mountains up in West Virginia received more of the natural stuff.  Snowshoe received another 2” which brings them up to 15” in the past few days and 79” for the season.  Plus, they are expecting another 4” today – they’re just getting greedy now.

The other big news is that Wintergreen is expecting to open their final run this weekend – Outer Limits.  This means they will be open 100% this weekend for skiing and riding.  I hope to hit Wintergreen in a few weeks and you can rest assured that when I do you will hear about it.  But in the meantime, I am heading up to Beech today to get some turns in and to try to work out some plans for a little summit up there.

And finally before I let you go.  We have made great progress with our yearly Summit.  Stay tuned for the details, which we will share in the coming days, but we heard you guys and the Summit will be at Snowshoe again this year.  We’re working on putting together a great package and experience and I can’t wait to share the details in the coming days.