PHIL BLEW IT (I HOPE) 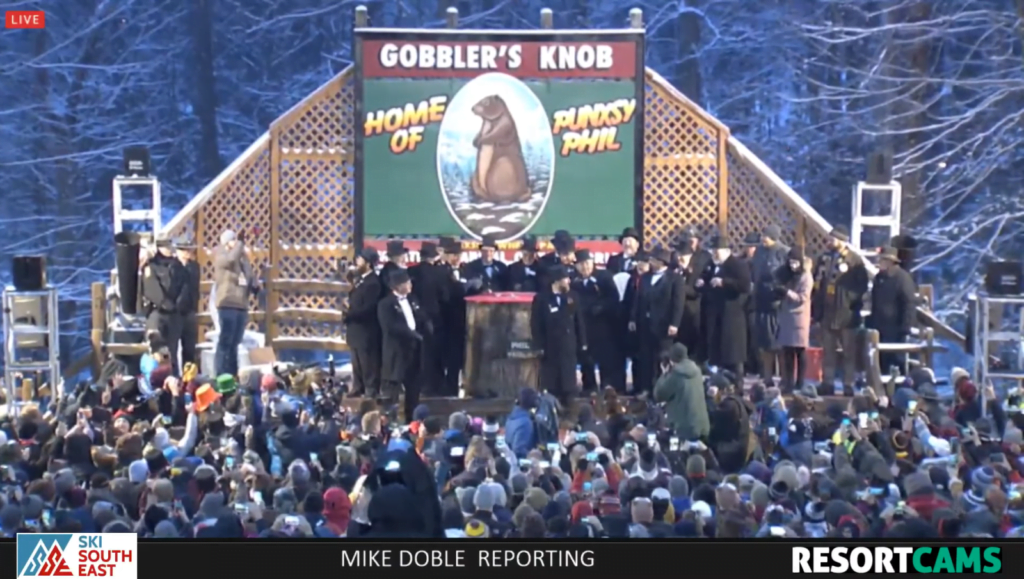 Okay, that rodent in Pennsylvania says we are going to have an early spring. The only thing I have to say is, how much cold weather can a woodchuck chuck if a woodchuck could predict weather in the first place? Sorry GEICO, it just had to be said in this space this week.

I have been reminded quite a bit lately that it’s nice to have a job when you only have to be correct half of the time. I never really understood that phrase because to tell you the truth, if your local weather forecaster on your local station or a forecaster sitting behind a National Weather Service computer terminal, were only correct half of the time, they would be looking for another line of work.

Most of the time when I don’t agree with a weather forecast, it is because I just don’t like what is being told to me in the forecast. In other words, I don’t like that rain is on the way, so I convince myself that the sun is going to shine, and the forecast is going to be incorrect. Then the forecasted day comes, and you know what, nine times out of ten, rain (or during the winter, underdeveloped snow) occurs. Guess who gets the blame for the rain, the weatherman, who I am here to tell you had nothing, zero, nada to do with what finally happened. In other words, don’t shoot the messenger.

No, don’t get me wrong, I have had my challenges with weather forecasters telling us what we want to hear, instead of what we need to hear and that isn’t good. However, like I wrote earlier, nine times out of ten they are right and well, we just have to belly up and that it and deal with what comes at us.

Weather forecasting seems to come down to percentages, meaning everyone sees that weather icon for rain on their smart phones weather app and quickly checks to see what the percentage of chance of rain is going to be to determine if it is actually going to happen or not. Someday I may do a column on what those percentages actually mean, but for the most part, they need to be taken with a grain of salt.

Another thing, which I have mentioned a number of times in this space, is how folks believe that the forecast a week or two away is etched in stone. My goodness gracious, now that is some fake news or just throwing darts at the weather forecasting board. I can still remember the head of The Weather Channel’s forecasting staff tell me, “the percentage of accuracy drops considerably with any forecast outside of 48 hours. What people don’t realize, it’s a forecast and a lot of the data used for the forecast is based on historical data and that data can change. It might not, but the chance is there.”

Now raise your hand if you have ever experienced the following, as you arrive to your favorite resort in the southeast and it’s raining at the base, creating frowns on the faces of all of those that are on the ski or snowboarding excursion. Then, like magic as you travel up the resorts access road to the top, or when you take the lift to the top, that rain changes to snow. The point of all this is that, most of us live in the flatlands and expect the weather to be the same outside their front door as it is 10 miles away.

We are blessed to have some very nice mountains throughout the southeast region and because of that up and down terrain, exact forecasts can be a challenge for those that make their living doing such a task. Just a week ago, there was a forecast for a rather large amount of snow in the mountains. As all of you know, while it did snow in some places, the snowstorm never materialized in the amounts which were predicted. It happens folks and again, we need to stop shooting the messenger.

Now back to that rodent who was dragged out of his hole today (Sunday) and because he didn’t see his shadow, spring would be coming early this year. For some unknown reason, human beings are putting their weather forecaster faith in a rodent. Now I am here to say, I would rather him see his shadow so that those out there that believe in this stuff, wouldn’t put their skis or snowboards away, but I’m afraid the word is out there.

I was talking to a local weather forecaster the other day and he mentioned a term I hadn’t ever heard and that’s “snow drought” and we were in one this season. But he was quick to say, while snowfall totals were way off this winter, the temperatures were actually about normal, especially in the higher elevations. Hearing that term for the first time, gave me an idea for a future column, so stay tuned for that, as it will be coming your way in the weeks to come.

Folks, I am here to tell you, spring skiing and snowboarding isn’t going to start tomorrow, due to what that rodent predicted. It’s still winter in the southeast region and while temperatures may be unseasonable out your back door, please understand things are quite different at your favorite resort these days. Okay, call me a cheerleader or a homer if you want, to tell you the truth I don’t really care at the end of the day.

There is a saying we use to have when I worked at Snowshoe, if you don’t like the weather right now, give it a couple of minutes because it’s going to change.

Hey Phil, you might think spring is coming early this year, but really, what does a rodent know anyway. I hope you blew it and I guess we will see.