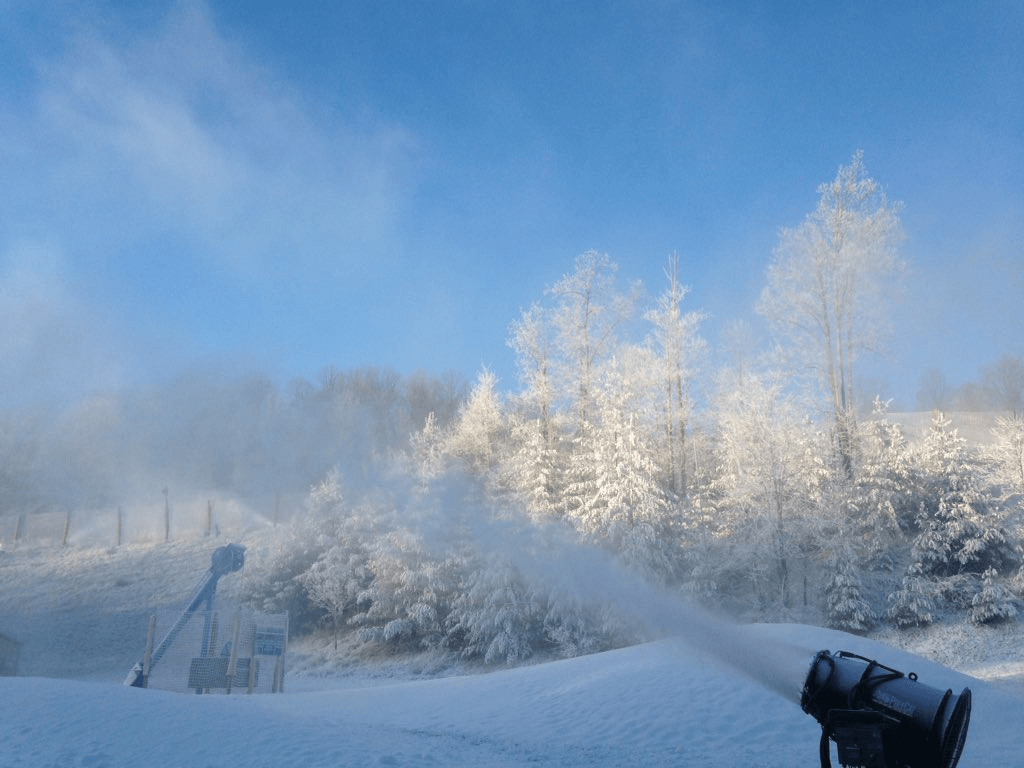 The good news in the snow news is that the sound of snow guns was heard loud and clear in the Allegheny Mountains throughout the southeast region this week.  Every single second of snowmaking time was used by each and every mountain operation’s snowmaking team.  Unfortunately, we are just in a weather pattern right now that hasn’t put too many smiles on the faces of those who love to go outside this time of year and have some fun.

Like I said right here last week, I commend the resorts who have tried to kick start their season, by opening with what they have and create some momentum for the 2015-16 season.  For the other resorts that have had to delay or push back their opening days, I have seen the pictures of the amount of snow that is piling up on the slopes and I have heard that a couple of the resorts will be opening for the season or reopening later this week.  I know it is going to happen, because at the end of the day, it just has to.  Catch my snowflake here?

Everyone that has gone to a chat room and commented on a resort Facebook page, complaining about the fact that they can’t ski, snowboard or snowtube yet, well in the industry we call that the P.U.D. factor or Pent UP Demand.  Every resort operator is feeling your desire right now and would love nothing more than to be able to provide you the product that you have come to expect from every resort in the region this time of the season.  Do you think they are enjoying 55 degree days in the mountains and having the guns idle right now with the holiday season quickly approaching?  Exactly. I think you can understand where I am coming from here this week.   Every resort operator appreciates the fact that you are ready to go and when the time and conditions are right they are going to be more than happy to drop that trail rope and begin the season.

Earlier in this column I made reference to seeing the piles of snow that the snowmakers have made at resorts and those piles continue to be there and you may be asking why?  I have read some your posts wondering why the groomers don’t push and spread that snow out on the trails, so that the fun can begin.  I am here to say I wish it was as easy as that to begin the season.

There is a bit more that goes into it than most people can imagine. Take for example those piles of snow I have been referring to above, if the groomers were to have pushed that snow out on the trails two weeks ago when it was first produced, it would be gone right now.  You see by not moving the snow around a lot, air (enemy number one for snow melting) can’t venture into the snow, which creates the heat causing the melt of the white stuff.  I know I am getting down into the weeds with my explanation, but I thought it was worth going here this week.

I know for a fact right now there is enough snow on some trails at a number of resorts in the region at this current time, but with the mild daytime temperatures that have been occurring, most operations folks are of the opinion why waste a good thing. When the groomers finally make the move to start spreading the snow, the advance forecast needs to be favorable so that the snow can withstand the possible milder temperatures and the traffic that will come from skiers and snowboarders. 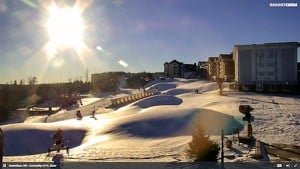 You see, not only do the operation folks need to be concerned about the groomers pushing the snow on the trails, but every skier and snowboarder does a pretty good job of moving the white stuff themselves.  Raise your hand if you ever “snowplowed” while skiing or snowboarding.  Don’t worry about it if you are as this is just part of the everyday process of providing skiing and snowboard every season in the southeast region.

While I am on the subject of snowmaking and I have seen some posts taking some shots at these folks in the last couple of days, remember that is how they make their living this time of year.  Snowmaking is what is putting food on their table, clothes on their family’s backs and presents under the Christmas tree.  So for those of you who are complaining because you don’t think they are doing their jobs, think again.  This is their Super Bowl time, getting the slopes open is when their adrenaline is pumping the hardest and nothing makes them happier than to see the trail closed signs come down and folks having fun on the snow they had produced, while everyone else was in dreamland. So for the time being let’s try and give those folks a little break, huh?

Now I am here to tell you though, when you make those first trips to your favorite resort this season, if you haven’t already, make sure to take those goggles, as there is going to be around the clock snowmaking taking place.  As much as the resort operators don’t like to make snow on open terrain, with the challenges they have been facing this season, it’s just going to have to happen.  I don’t want to hear any complaints, dress accordingly and you will be just fine.

So instead of worrying about when that first day of skiing and snowboarding is going to happen, may I suggest making sure all of your equipment is ready to go, you have relocated all of your outdoor playing clothes and when the ropes drop you will be first in line to make those turns, because you my friend are a member of the P.U.D. club, welcome aboard.

Previous Post
Snowshoe Mountain Opening This Friday at 9am!
Next Post
Monday, December 7th News, Weather and other Notables