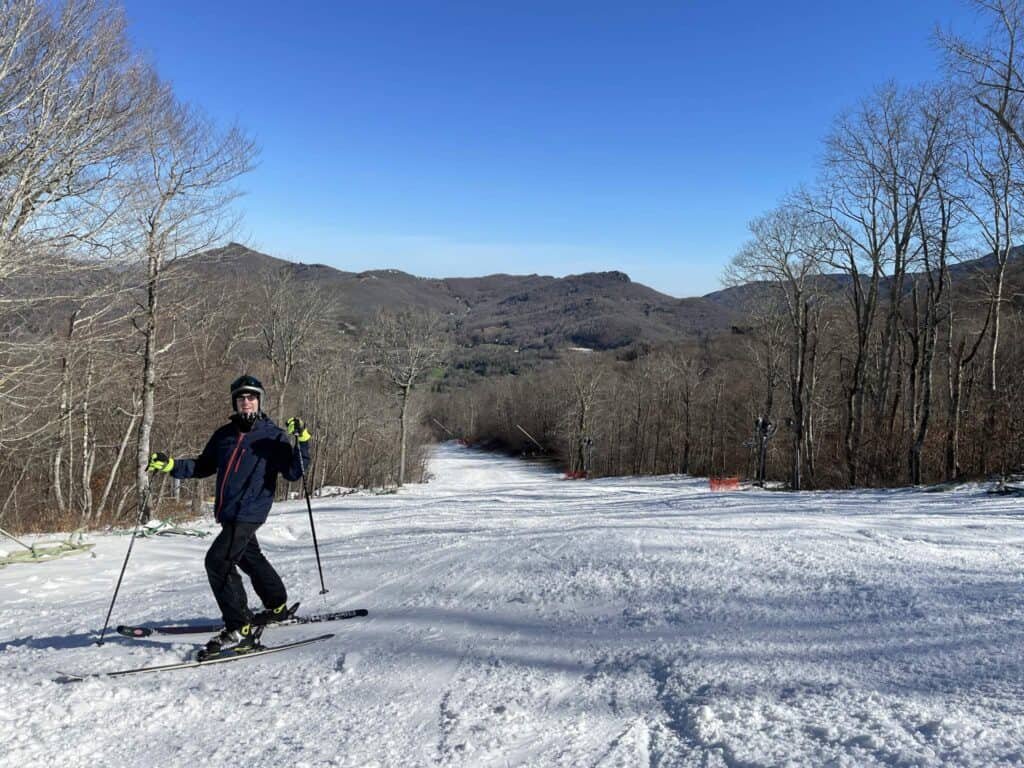 After finishing up a 10k run on Wednesday, I was notified that Sugar Mountain was opening up for the season on 9am Thursday.  Two thoughts ran through my head.  One was “Crap, my legs are gonna be so tired already for the first day of the season”.  The other was “Really?”.  I’m not going to lie, I did not think Sugar or anybody else would open up this week after making snow for 48 hours, with one of those days being in marginal temperatures.  Mike was far more confident than I in it happening and in the end he was correct.

Wednesday night was a little flashback for me.  I haven’t done opening day in several years now as I used to do all the time in my 20’s.  I found myself giddy as can be with excitement.  I had to scramble to get all of my gear out of the closet, put my new bindings on an old rock board (low tide after all), wax that board, charge the GoPro batteries (it doesn’t count unless you document it), and then make sure I had everything laid out in an orderly manner so I wouldn’t forget it all in the morning.  It was an exciting night.

The alarm was set for 5am and it was amazing how easy it was to get up and moving.  The drive from my house just north of Charlotte to Sugar is a little over 2 hours.  Upon arriving at the mountain I went to get my lift ticket and I had the privilege of being the first person in line.  For those that don’t know, Sugar always gives the first customer of the season a free liftie.  This year that person was me.  Free snowboarding!

As I already mentioned, I was surprised Sugar even opened up with the small window of snowmaking.  Therefore, my bar was pretty low in terms of snow expectations.  I was pleasantly surprised to see better coverage than anticipated.  The snow quality itself wasn’t the greatest due to temps getting above freezing during the previous day and then refreezing, but I was able to deal with it.  The fact that it was a bluebird day and temps were already warming up to the point that I only had on Under Armor with a flannel shirt definitely helped things.  Had it been cold with low visibility with the snow conditions I might not have been as happy. 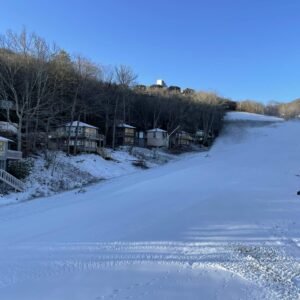 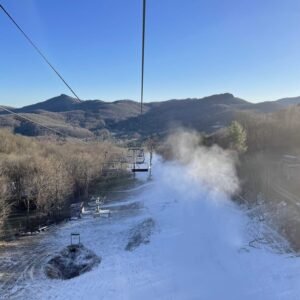 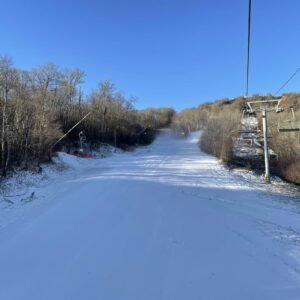 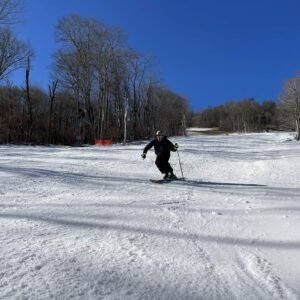 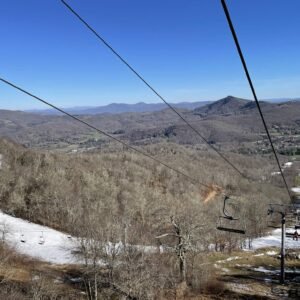 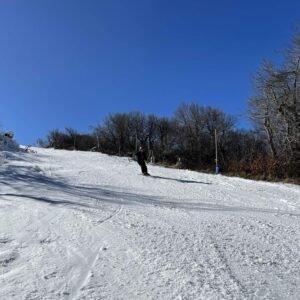 Sugar’s site said they would open at 9am, but I was on the lift at 8:15.  There weren’t many people on the mountain at all.  I met up with messageboard member SWOOP and we hot lapped all morning long.  There was basically only one run open (“5” technically), but that run from top to bottom at Sugar is mighty fun.  The snow guns were turned off around mid-morning which made things even better.  I only rode until about 12:30 or so.  My legs were getting tired due to a combo of my run the day before and the fact that it was the first day of the season.  Temps were starting to warm up and and the snow was getting much softer too.  After double digit laps I was ready to call it a day.  A successful one at that.  Below are some clips.

Sugar (and Cataloochee) always push the envelope in terms of opening up early season.  Gunther made the call to go ahead and start the season, if only for a few days, and I personally am glad he did.  I’m sure there are people out there who will ridicule them for opening, talking about a lack of snow or saying they aren’t interested in riding in less than ideal snow conditions.  Sure, the snow wasn’t the greatest of quality due to the temps, but I got to finally snowboard after 8 plus months off.  I’m stoked!  I can’t imagine they will be able to stay open past Saturday, MAYBE Sunday, but for the snow lovers who just want to cruise and make some turns it’s a nice little treat before mild conditions settle in for another week or so.  So kudos to Sugar and Cataloochee who opens today (Friday).

Day one of riding during COVID times wasn’t really different than normal.  Then again, there was hardly anybody on the mountain.  Facemasks were (mostly) worn by those who were inside the lodge or getting on the lift.  It was generally all singles on the chair lift unless you were with somebody you came with.  I did ride with Steve (SWOOP) several times but Sugar’s six pack chairlift allowed us to sit on completely opposite sides of the chair (literally) comfortably and maintain a proper distance.  I still have no idea how all of this is going to work during busy times this winter and I’m glad I’m not the one who has to figure it out.