Only Four Percent of Americans Hit the Slopes?! 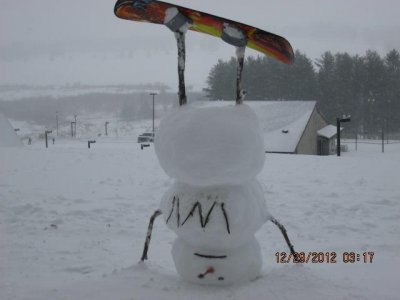 Well, it's Friday, we might as well continue with yesterday's ski news ramblings as we head into the weekend.

First in the order of events is a ribbon cutting ceremony at Canaan Valley Resort today at 1:30pm. It's to "celebrate the opening of the longest snow tubing run in the East" said Rob Gilligan as quoted in the press release. The park officially opened this morning, with this afternoon's event open to the public.

"The new Canaan Valley Tube Park has space for up to 16 lanes with a down slope of 1,200 feet, a new ski school and beginners slope, the Critters Crawl, and major building renovations. The tube park features a 1,000 square-foot warming station with restrooms, a fireplace, lounges, viewing area and an outside plaza with a fire ring. Boardwalk conveyors (known as a Magic Carpet), at the tube park and beginners slope make getting back to the top of the hill an easy ride. Additional infrastructure work, snow making equipment and structural work are part of the overall ski area improvement project."

Next on the list is the announcement that Beech Mountain Resort, in honor of National Learn to Ski and Snowboard Month and their 45th anniversary, is offering their Learn to Ski Package at only $45. The package will run through the end of this month, and includes a weekday lift ticket, equipment rental, helmet, and first-time beginner lesson. 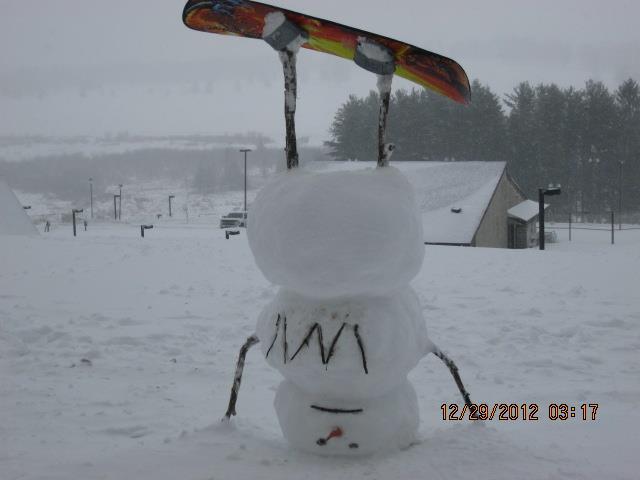 "According to the National Ski Area Association, around four percent of Americans ski or snowboard," reports Beech Mountain. Did that number surprise anyone else? Four percent just seems like such a low number. Granted, four percent of  315,144,908 is 12,605,796.32… (I guess we can leave off the .32 – hey, maybe I'm that .32 right now) and 12 plus million people isn't so low.

At any rate, it'd be nice if we could work on that four percent, and not just in the month of January. Ya know, along the same lines of working on your new year resolutions for the other 11 months. Maybe make one be to introduce a friend to the slopes this season.

In the words of Joe Stevens, we seem to be "weathering the warmer weather" so far. No real damage has been done, that I've seen at least when doing the morning snow report. Slope conditions should be fine to have some fun on this weekend. The cold temps should return just in time to "save the day" next week!

Enjoy your Saturday and Sunday runs. Get out and be a part of the movement.