Down to One For the Time Being 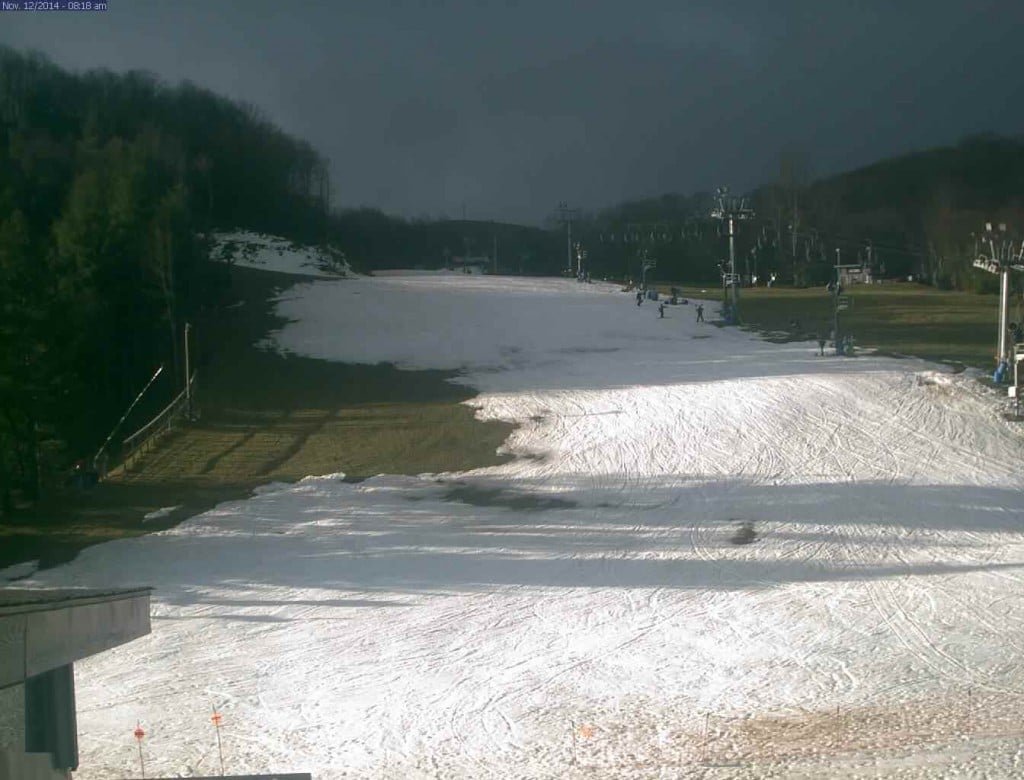 Well, after all my talk yesterday about Sugar and Cat getting by during this warm spell and trying to break the record for consecutive days, I feel like a fool.  At least partly anyways.  As the title of this post says, we’re down to only one open ski resort for the time being as Sugar Mountain is closed for now and will re-open on Friday.  They posted this on their site (which is new and much better by the way, especially on phones) later yesterday.  It’s probably a good call as Lower Flying Mile was, and still is, looking ragged.  You’d take a look at the webcam yesterday and think it was terrible and that nobody would be out there, right? Wrong.  As new messageboard member oneortwo said…

“Actually, I was walking up the mountain and everyone I saw was having a great time. They bought tickets knowing what its like (reload to 3/4 is still very covered). The people I saw didn’t care that they had to slide across a mud pit to get to the lift, they are on rentals (which puts them in the unaware category anyway)The vibe was good fun in the sun. I heard much laughter despite the situation.”

It’s always a good time when you’re on snow.  It’s good to hear that the vibe was positive out there yesterday despite the challenging conditions.  I also have two thoughts on that comment….

2.  I wish they could download from mid-station.  That’s wishful thinking though as I’d imagine that’s hard to do with a fixed grip lift.

Sugar should get a quick facelift tomorrow and tomorrow night and be looking much better come Friday when they re-open.  It looks like snowmaking should resume tomorrow and will probably keep going nonstop into the weekend.

Cat is still open and operating, I think.  They haven’t been updating their snow report until later in the mornings and the summary has been the same for several days now.  However, I saw a couple of skiers out on the slopes on the base cam so I’m thinking they are open once again today.  You can click the image below to get a larger view. 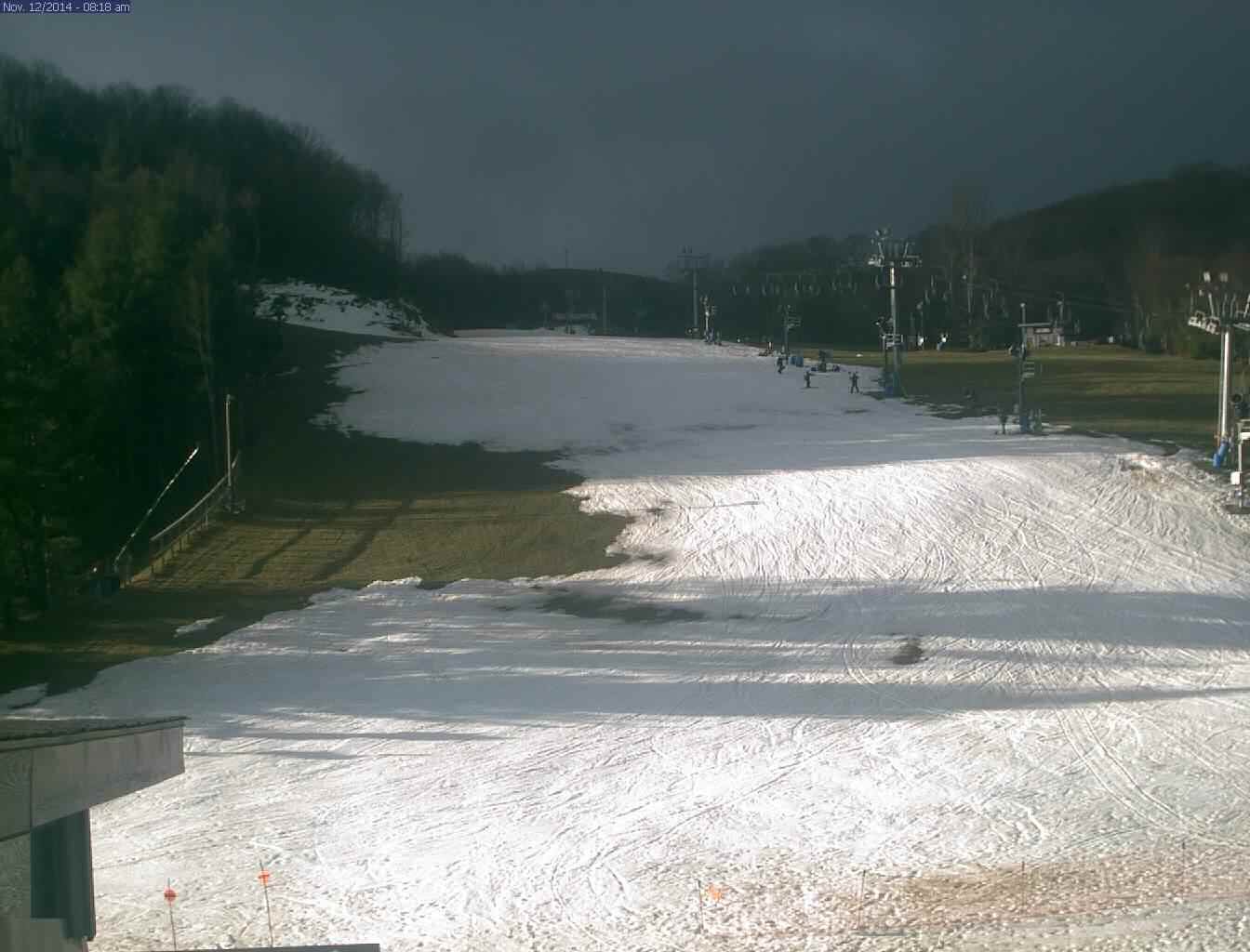 Cat’s smaller than Sugar so it makes sense that they are in a little better shape right now.  They too should resume snowmaking sometime tomorrow and will be looking much better this weekend.  I’ve got the timelapse functionality set up on their base cam, so I should have a pretty cool video to show you guys Friday, and even more so on Monday when more time has passed.

Cold is coming.  I feel like I keep repeating myself, but I promise you it is on the way!  But you don’t take my word for it, the NWS Blacksburg seems to be getting excited about the cold too.  They keep tweeting out a bunch of stuff.

Hope you enjoyed the warm weather today, because that’s the end of it for awhile! The COLD air is coming! pic.twitter.com/STCul4utZ5

There’s light is at the end of the tunnel and we’re almost there.  Early season struggles are a part of skiing in the Southeast.  It’s just how it is.  Things are about to do a 180 though and next week will present a whole lot more for me to talk about hopefully.