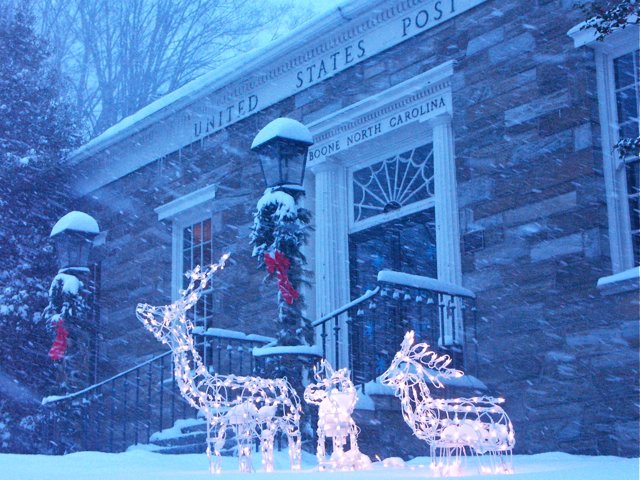 Resorts as diverse as Sugar Mountain, North Carolina, and Cannon Mountain, New Hampshire are opting to offer “scenic lift rides” to compensate for record heat over the holidays. Nevertheless, the weather is likely just a blip in a nevertheless bullish retail sales ski market. Despite the lack of snow there is evidence that sales of ski gear across the region haven’t taken too big a hit.

The backstory on that is that leading up to the holidays, sales of ski equipment were particularly brisk through October at the nation’s 1,200 snow sports retailers, says SnowSports Industries America (SIA), the industry’s member-owned trade association.

According to SIA, “the snow sports market is up 8% in units sold and 6% in dollars sold through October 31st.” That includes “outerwear sales such as fleece, shell, and insulated shell” gear that finished October up 9% in units sold and up 4% in dollars sold.” That accounts for “more than 40% of all dollars spent in the snow sports market through Halloween night.”

Warm weather likely didn’t help but “socks, in particular, are flying off the shelves, up 46% in units …  Snowboard equipment sales flattened out,” remaining the same between October 2014 and 2015, at $46M, but Nordic equipment bounced up 40%.” The real news was that “alpine equipment sales were up 18% and brought in $121M!”

Then came a no-snow Christmas. But Bill Leonard, owner of Ski Country Sports with stores in Banner Elk, Asheville, and Charlotte, says Christmas sales numbers in urban areas “aren’t bad and in fact are close to the sales figures we’ve seen in years past.” That trend is probably akin to what other multi-store Southern ski chains are seeing.

Granted Leonard says, equipment sales in the Banner Elk store are down, a likely direct result of hobbled skiing at the slopes. “Tourism is off in Banner Elk. Those folks just haven’t been coming up.” To compensate, stores like Leonard’s “move inventory around,” and can deliver the goods to where skiers are in a Christmas buying mood. “The weather is key at the slopes but people are still buying for Christmas so retail sales are OK.” Of course, rental sales are way down.

Leonard is nevertheless looking ahead. “With cold weather coming next week, no doubt we’ll be busy. Warm weather clothing is off on the East Coast, and that’s 70% of the country’s population, but there are all kinds of ways to look at it. We’ve seen fluctuations in the past and as long as we get a break in January and February, we’ll be back in business.”

“Winter always shows up, question is when,” Leonard  says. True, an “extended period of warmth is unusual, but we’re ready to go. Pretty soon we’ll be rockin.’” And that seems to be the attitude of consumers, too.

So for now it’s a trend toward scenic chair lift rides and snow reports like the one at Cannon Mountain, with “some of the only snow you’ll find in the entire Northeast,” the resort says. That said, it’s only about ten acres of skiing, a small fraction of even Sugar Mountain’s slope acreage.

But, as they say, surely winter is on the way! Think snow.