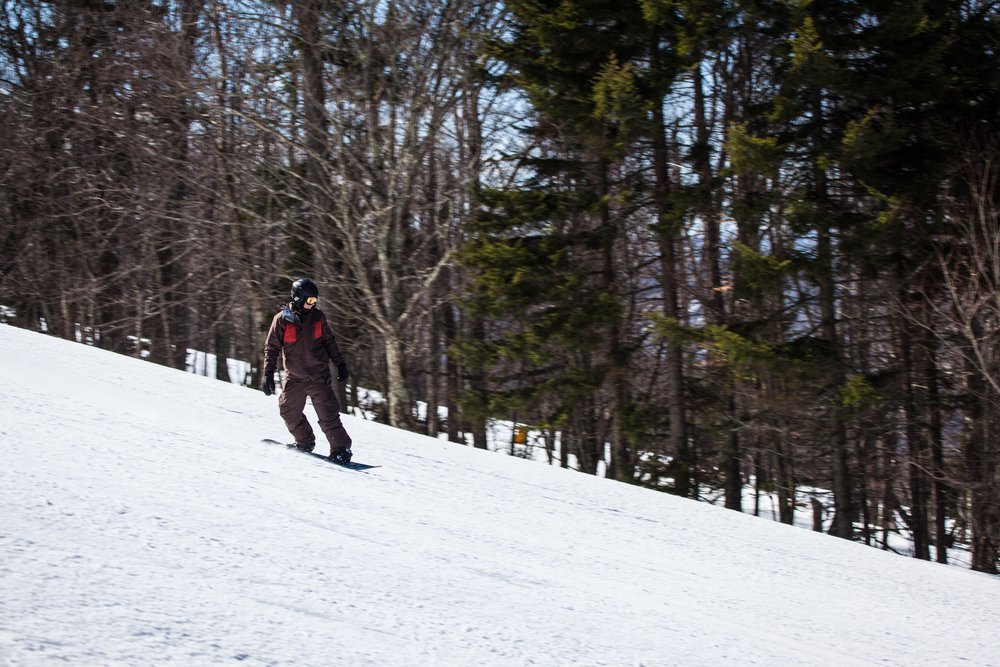 So as I begin this week’s column, I am taking a break from posting comments on Facebook to folks that are complaining about what could very well be the last significant snowfall of the season.  I reminded everyone that the last time I checked it was still winter and during winter it snows.  Stop complaining and just deal with that fact.  I really don’t care that some are tired of the snow this year they have seen in their back yard.  For the most part, these are the same folks who will be complaining about the temperature when it reaches into the 90’s during summer.  Sometimes you just can’t win with people when it comes to weather, come on folks just deal with it.

With that thought in mind and knowing that most of the resorts in the region are probably seeing their final natural snowfall of the season, you might want to consider taking that one last fling on the slopes at your favorite ski resort from Tennessee to Maryland. As everyone on this website has been telling you, this is probably the best spring skiing and riding conditions that most folks can remember and those conditions are not going anywhere anytime soon.  There is probably going to be snow on some shaded areas at some resorts in the region through the beginning of May.  That is of course if the temperature doesn’t reach into the 90’s next month and well that as I earlier said will give some folks something to complain about. Just thought that was worth repeating.

If you think the slopes are just too soft these days, think again and make sure to watch the overnight lows at the resorts, not the daytime highs.  When the temperature drops into the thirties or even in the twenties, the resort’s grooming fleet can get out on the slopes and do their overnight magic.  The snow firms up after the sun sets and that is when the groomers can get on the slopes.  So when skiers and snowboarders hit the slopes when the ropes drop in the morning, all there is are groomer tiller tracks and life is good for another day on the slopes.

So let’s talk about if the groomers can’t get out on the slopes, what’s that going to mean for your day on the slopes.  It basically means you will be playing on what we call in the industry “ego” snow. In fact if you have been thinking about getting a friend to join you for a day on the slopes and they haven’t skied before, this would be a perfect time for them to give it a try. You see with ego snow, if you can’t turn in it, I recommend you just turn around and go home.  Seriously, it will hold any cut to try to make and if gravity betrays you and you fall, well you will have a soft landing when you hit the ground.

This is also a good time for a first timer because they don’t have to worry about wearing pounds and pounds of clothes or layers. The only thing is that they need to know not to be wear clothes that absorb water, like jeans. Things can go downhill quick when someone gets wet from falling a lot in spring conditions snow and instead of having fun they are wet and miserable and give up much too quick.  If you are taking a first timer and they don’t have ski pants make sure to find them a pair, as you probably know they will appreciate your efforts.

Now back to the main point of this week’s column, your one last fling might be coming sooner than to you expect.  I recommend that you stay closely in tuned with this website for resorts announcing their closing date for this season.  As I have said in weeks past, the industry has been fortunate this season that the snowfall has occurred in the metro areas like Atlanta, Charlotte, Richmond and Washington, DC.  When there is snow in those backyards, the phones at the resorts ring with folks making reservations. But as soon as those phones stop ringing and there aren’t many folks in the lift chairs, well you know the rest of that story I think.

Before I forget, hats off to the mountain operations crew at the Homestead Resort in Virginia.  Last week just to make sure they had enough snow to make it through the end thereby providing better than expected conditions, the folks at the Hot Springs resort cranked up the guns and made snow for one last time.  Now that is going above the call of duty.

So you have been forewarned about the end is near for this season on the slopes in West Virginia, Virginia, Tennessee, Maryland and North Carolina. Get out there and have some fun one more time.  Next week, the 2013/14 Snowies, don’t miss out.