One Final Night of Snowmaking for a Couple Resorts 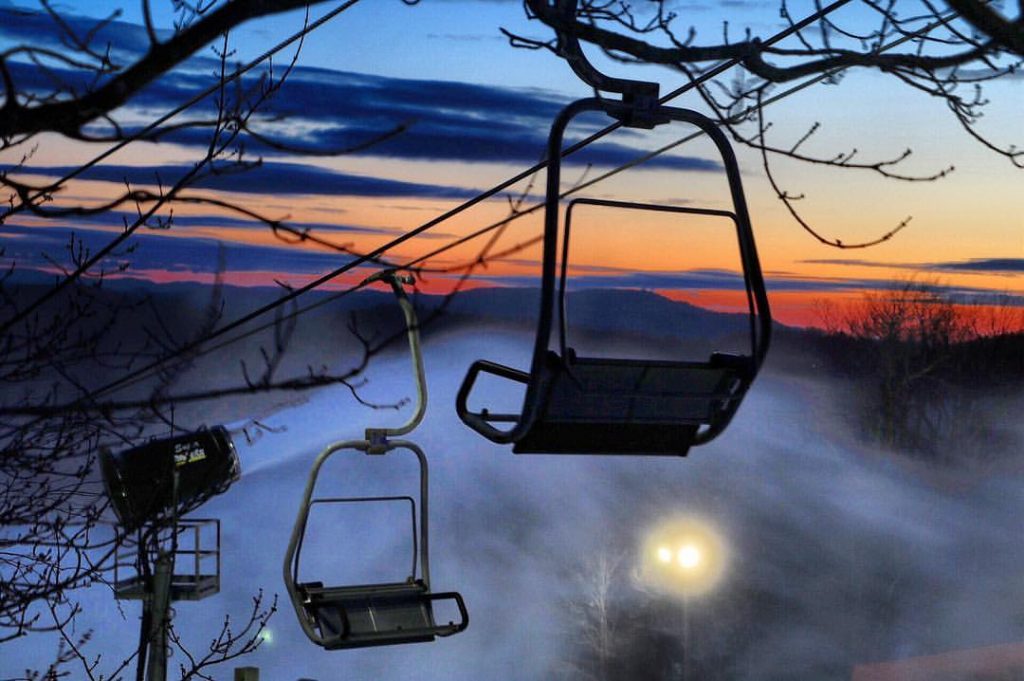 The 2016/2017 ski and snowboard season only lasts for another 4 days, but that didn’t stop a couple resorts from making snow overnight.  As promised, Appalachian Ski Mountain turned the guns on and blasted the slopes from midnight until 7am or so.  That picture at the top is a shot from out there this morning.  I forgot to record the webcam overnight as I knew the guns would be off by the time I sat down at my computer this morning.  Woops.

What I didn’t think or know would happen is that Wisp Resort also made snow overnight.  I might have missed this fact on their snow report this morning if not for Jeff Knott notifying us on Facebook about it.  I probably would have glanced over it as I wasn’t expecting to see it this morning, so thanks for that Jeff!  Wisp is looking pretty good this morning! 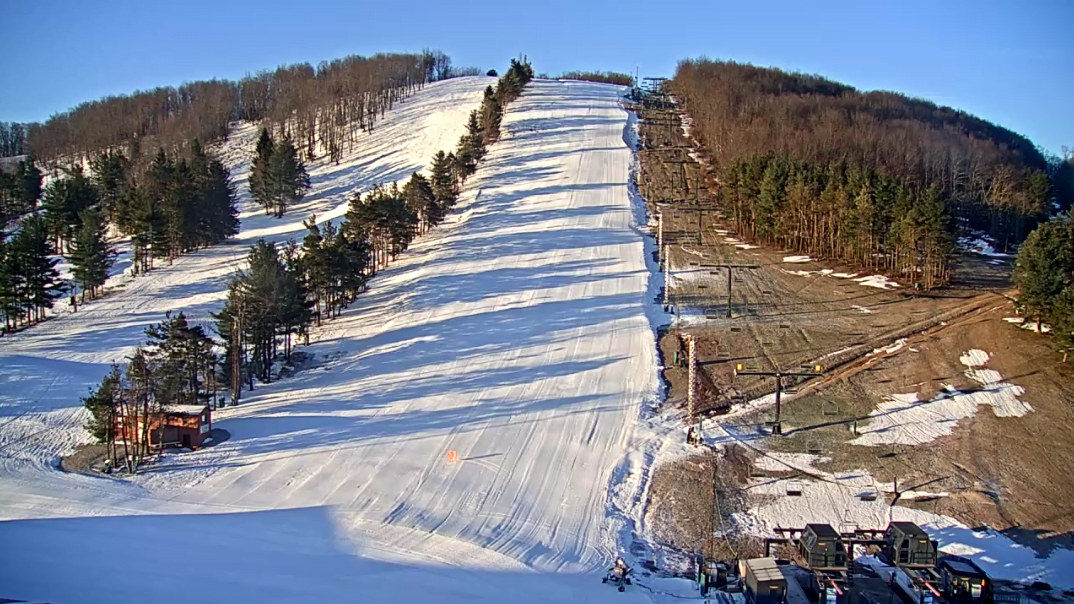 While nobody else made snow last night, temperatures at the other 4 open ski areas are all below freezing this morning.  The snow quality should be pretty good this morning and most of the day as the overnight cold helped to firm it back up.  It’s also supposed to be nice and sunny today, so if you don’t have school or work then it would be a good day to get some late season turns in.  After today though, things will begin to get a little slushy once spring temps return as we head into the weekend.  I’m seeing 50’s and 60’s for the most part for Friday and Saturday with showers on Sunday.

Not much to chat about this morning, so let’s do a little recap of who is open and what not right now.

Appalachian Ski Mountain:  As mentioned, they made snow overnight and are open on 9 trails right now.  The Appal Jam and Appal Jack terrain parks are open as well.  Quite frankly, coverage looks fantastic out there this morning and App might be your best choice outside of Snowshoe right now.  ASM is open through Saturday (day sessions only) and the final day of the season will see them hosting their annual Meltdown Games.

Melt Down Games now offering cash prizes thanks to @alpine_ski_shop! See everyone out here Saturday. •#FamilyFun•...

Beech Mountain Resort:  Only 3 more days are left in Beech’s season as they will close up shop on Saturday.  It’s day sessions only for them right now.  Beech is open to the top of the mountain with 9 open trails.  Coverage is starting to look a little thin on Robbins Run, but Shawneehaw and the base look to be in really good shape.  Beech hasn’t made snow in 3 weeks or so now which makes those conditions even more impressive.

Cataloochee: The Cat saw some storms the other night which definitely hurt snow conditions a bit, but they do remain open from midstation down on 4 open trails.  They plan on being open through Sunday, but with the weather forecast being what it is, maybe keep an eye on that to see if it changes to Saturday.  Season passes for next season remain on sale right now with some huge discounts.  You can purchase those by CLICKING HERE.

Snowshoe Mountain: The Shoe continues to be your best option right now.  They have 35 open trails and man it sure does look good on the webcams.  I would love to be up there this weekend.  They’re open through Sunday for day sessions only. 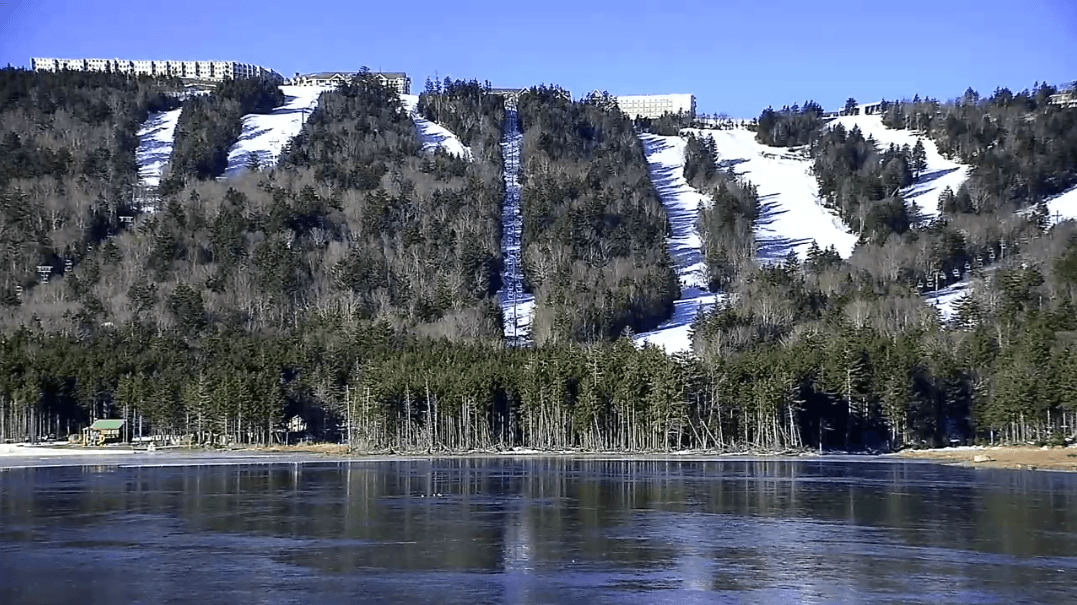 Bryce Resort: The Virginia resort remains open on 3 trails right now.  They’re open today and tomorrow from 10am-2pm and Saturday and Sunday from 9am-4pm.  They announced yesterday that Sunday will be their final day of the season.

We're calling it! This weekend will be the final days of Ski Season and Snow Tubing 😭 the slopes will close for the...

Wisp Resort: As already mentioned, Wisp made snow overnight and is looking pretty good this morning.  They’re open on 5 trails right now and will be skiing and riding through Sunday.  This weekend will see them host another late season festivity.

After a great re-opening weekend, Wisp Resort is open daily from 9am – 5pm as long as the snow allows.

Gather the family and come clown around on the mountain for a fun themed weekend with Spring Carnival!  Step right up to buy your ‘All Access Pass’ for ONLY $29 per day on Saturday & Sunday, March 25 -26 which includes unlimited skiing/riding, snow tubing and mountain coaster rides from 9am – 5pm each day.  Season Pass Holders receive the ‘All Access Pass’ for no additional cost.  Plus, in the Big Top McHenry Lodge, there will be music, games and your favorite carnival food and drinks all weekend long!

Stay slopeside at The Lodge at Wisp for only $89 per night!  You’ll be smack-dab in the middle of all the action.

Wintergreen Resort was contemplating opening back up on Saturday for one final day, but they have decided to forego that and have called it quits for the season.

The only other resort who MIGHT open back up this weekend is Winterplace and they haven’t announced anything yet.  Hopefully we can have some updates on that for you by tomorrow.

Only 4 more days left people!  Check back tomorrow as it’ll be my final First Trax of the season.  Enjoy your Thursday.

Previous Post
Hump Day Brings Cooler, Even Cold, Temps Back For Now
Next Post
Heading into the Home Stretch Now