One Final Day of Spring Skiing, Big Changes on the Way 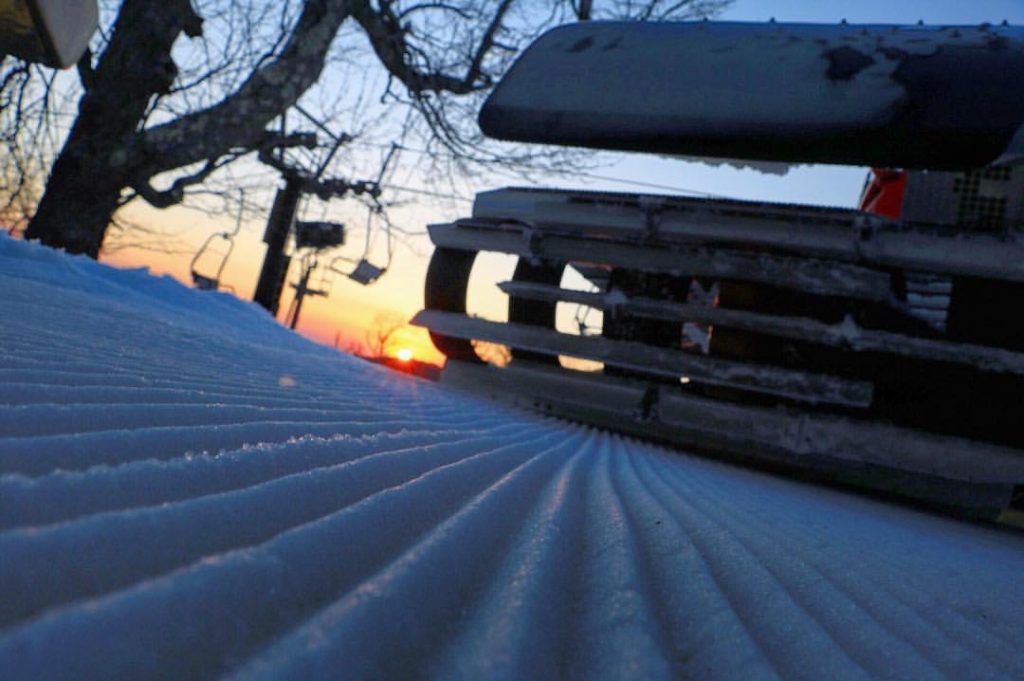 Today provides another opportunity to get some spring skiing turns in as it’s going to be fairly warm and sunny.  Enjoy it while you can though as big changes are in store after today, including snow and unseasonable cold.  We’re going to go from April to January in a matter of days.  Winter isn’t over just yet!

Folks playing hooky from work today will be treated to some excellent skiing and riding, if warm temps and slushy snow is your thing.  Temperatures at all of the open resorts will get into the 50’s and you’ll be hard pressed to find any clouds.  All of the webcams this morning look awesome with lots of sunshine in view. 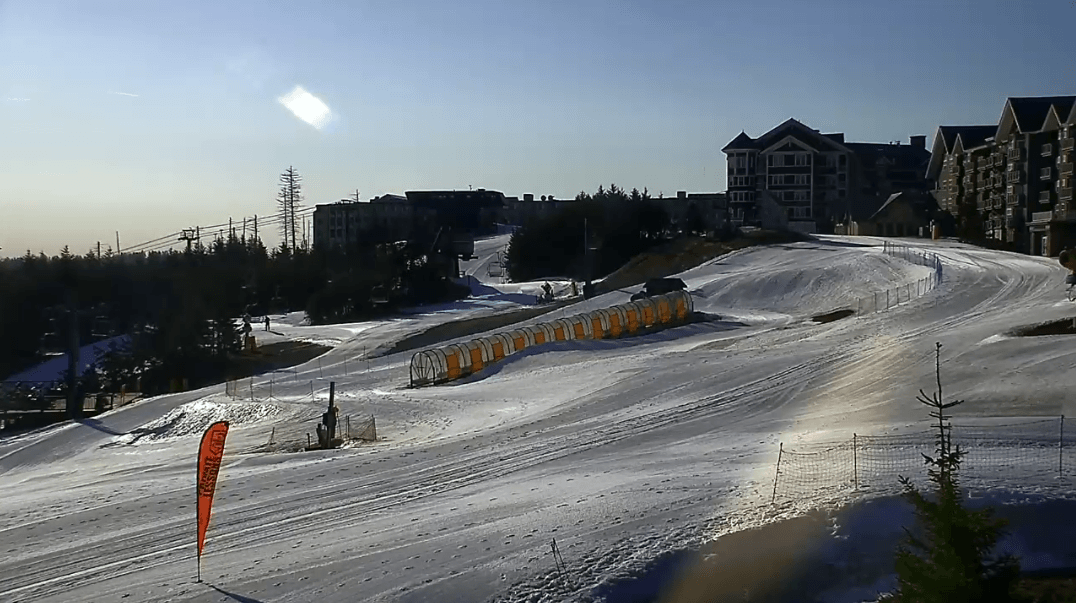 Not a cloud can be seen at Snowshoe this morning.

Today is the final day for a while of this spring weather though.  I hope you didn’t put those skis or snowboard up just yet as this weekend and next week will see a return to snow and cold in the mountains.  Here’s Brad Panovich’s latest video forecast where he looks at the FANTASTIC forecast that lies ahead of us.

Man, that is an awesome forecast to see, especially in March.  Where the heck was this pattern back in January and February?  Would have been nice.  Better late than never though I suppose.

To sum up Brad’s video, the fun begins tomorrow with a little bit of light snow for West Virginia.  It’s nothing much and the current NWS forecast shows only a dusting to an inch or so for Snowshoe, Canaan, and Timberline.  The real fun begins Saturday for the North Carolina ski areas as that system we’ve been talking about all week makes it’s way through the South.  Over the past 24-36 hours or so the models have continued to show the heaviest snow for western North Carolina.  There is still some discrepancy in terms of snowfall totals though, but regardless it is looking more and more like Sunday will see at least a few inches, and possibly more, for Beech, Sugar, App Ski Mountain, Cataloochee, and Wolf Ridge if they decide to re-open.

I’m planning on riding at Beech on Sunday as of right now and am hoping for a mini powder day.  I’m going to have a crazy weekend as Saturday I’ll be wakesurfing on Lake Norman.  To then (hopefully) get some freshies on Sunday would make for an epic weekend!

The fun continues next week as two more systems are forecasted to bring some more snow, as of now anyways.  The Tuesday system can be looked at more optimistically but the Thursday one is still a week out so let’s try and stay cool on that one.

While the snow is obviously the most exciting part in all of this, the cold temperatures are going to be a huge story as well.  The local forecaster for the NC High Country noted on his morning report that the upcoming stretch of weather will be the coldest period relative to average that we’ve seen all winter.  I’m looking at the forecasts for a few resorts right now and beginning Saturday, some ski areas won’t get out of the 20’s until late next week!

The upcoming forecast for Snowshoe is COLD.

For instance, Snowshoe’s highest temperature Saturday through Wednesday of next week is 29 degrees.  That’s it!  The forecast for Beech Mountain is similar, and even Wintergreen Resort in Virginia is only expected to get to 30 degrees during that same time period.  In March!  As recently as the end of last week, and heck earlier this week for that matter, I was seriously doubting that many resorts would make it to the end of March.  I am becoming more optimistic now that they can do so based on that forecast.  What I am hugely curious to see though is WHO MAKES SNOW during this stretch.  If the natural snow does pan out like Brad talked about in his video, they might not need to.  If it doesn’t though, I’m hoping some of the ski areas will still continue to lay down the manmade goodness.

To be honest, the only three resorts that I am completely confident about making snow are Snowshoe,  App, and Sugar Mountain.  Cataloochee has said they will stop making snow after March 11th.  Maybe they will extend that date?  Wintergreen is closed all next week Monday-Friday, MAYBE re-opening next weekend.  Massanutten has nothing on their site about next week yet.  Some of the others have a track record of making do with what they already have at this time in the season.

I really don’t know what to expect right now as I can’t remember a March in recent memory with an extended period of cold like this.  Exciting times lie ahead.  Whatever does happen, we’ll keep you updated.  So keep checking back daily!