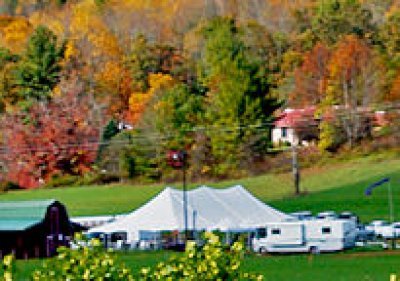 FALL LEAF UPDATE: Let me get right to it – we are right at PEAK COLOR right now around most of the elevations of the region. Each year I like to share how beautiful the mountains are during this time of year and I always struggle to come up with the words or adjectives to describe it. Some years are more colorful than others. Some years we get a little more reds in the mix, while others are more muted and rustic.

That said, I have to share that on each of the last three afternoons I witnessed what has got to be three of the most beautiful and awe inspiring Autumn displays that I’ve personally ever seen. Last year I kept my camera with me at all times and this year I regret to say that I have not done so. I’ll work to correct that, however I am just not certain that my high def 1080 camera would have come close to capturing the moment effectively anyway.

Earlier in the week I was headed home from a soccor practice in Valle Crucis and came across seven young deer that were standing/grazing in one of the valleys. Autumn color served as a backdrop and a light haze of clouds were hovering at the edge of the field where the deer were chilling out. That was gorgeous.

Then on Wednesday afternoon, after the rain had cleared out we were still pretty blanketed by heavy cloud cover at around 4:00pm. There was some blue sky popping through the otherwise heavy clouds and there were some unusual cloud formations literally hugging like a collar around Grandfather Mountain. "Fingers" of clouds kind of filled in some of the chasms of the rock formations at the highest elevations up there and kind of looked like some of that fake spider web stuff that some people drape around for decorations during the Halloween season. I was heading up Seven Devils to play some tennis with The KenDog as the sun broke through and hit ONLY on those high peaks. Needless to say – the colors exploded and revealed themselves in an unusual way. Several times during the tennis match, I had to hesitate just before serving to point out how unusual and beautiful that was.

Then on Thursday as I was heading home from the office – again it was pretty cloudy as THUNDERSTORMS were happening around the area. It was nearly as dark as the evening twilight due to the cloud cover and yet the surrounding mountains were a patchwork quilt of Fall color. As if God himself noticed that I was paying attention and said, "CHECK THIS OUT" a burst of sunlight poured through the clouds and hit the front side of Seven Devils. It was kind of like the bucket of gold at the end of a rainbow in that out of all the evening twilight of darkness shown this awesome glory of Autumn in the mountains.

Three afternoons…three awe-inspiring shots of Fall. I’m not sure I’ve ever seen it any prettier than things look right now here in the High Country. …and I am certain that my experiences are being duplicated at every high elevation, mountain community in the Southeast and Mid Atlantic. I’ve seen more cameras being used this season than most.

I had to smile yesterday as I was driving through Foscoe. There was this early 60s looking, hardcore biker dude leaning forward in a way that you could tell by his strained facial expressions was hurting him – snapping photos aimed towards the top of Grandfather. He was one of those guys with the full, gray beard, leather cap, leather jacket, rough jeans and boots. He was by himself. He was walking in a way that told me that it hurt him to walk; probably took some effort to climb off the bike and walk to a good camera angle. Yet there he was pausing to take in the beauty. Unlike ME, he had his camera with him.

By the way – some will no doubt share their advice that I COULD have used my iphone. Most smartphones these days are equipped with 30,000-gazillion megapixel cameras. However I HATE cell phones. I hardly ever carry mine with me. I personally think that other than for emergencies – they are the worst invention ever. Mine’s on my desk corner being used for nothing more than a paper weight and a contact organizer. I have to admit that I was sorry that neither it nor my camera were with me this week. Again, I will HAVE to do better.

With it being at PEAK COLOR right now things seem to be perfectly timed for the always busy Woolly Worm Festival and Valle Fair activities that are scheduled for this weekend – here in the High Country of Western North Carolina.

I CAN tell you that the skies should be blue with LOTS of sunshine in the forecast for the weekend! Highs will be in the upper 50s and lows 60s here – so again everything seems to be cooperating.

Weellllll not quite. Brisk winds started pulling leaves down last night and that paved, patchwork of fall leaves that sometimes covers my road in Sleepy Hollow – was WELL COVERED this morning. Gusts are predicted in the mid to upper 30 mph range for today and as high as 30 mph on Saturday. Winds should die down for Sunday. Some are forecasting a lot less leaves on the trees by the end of the week. I sincerely DOUBT that as things look so full and fertile right now.

So come on up and enjoy the great fall color and do me a favor. Bring your camera and take some great photos and videos and send some of the better ones to me. You know I’m going to forget to take mine again!

Drop me your comments and/or photos etc to: [email protected]

Previous Post
Youth Ski Packages with Lake Junaluska
Next Post
A NEARLY PERFECT WEATHER WEEKEND AHEAD! This photo from last year at Valle Fair was provided with permission of Grandfather.com