Old Man Winter, Where Art Thou? 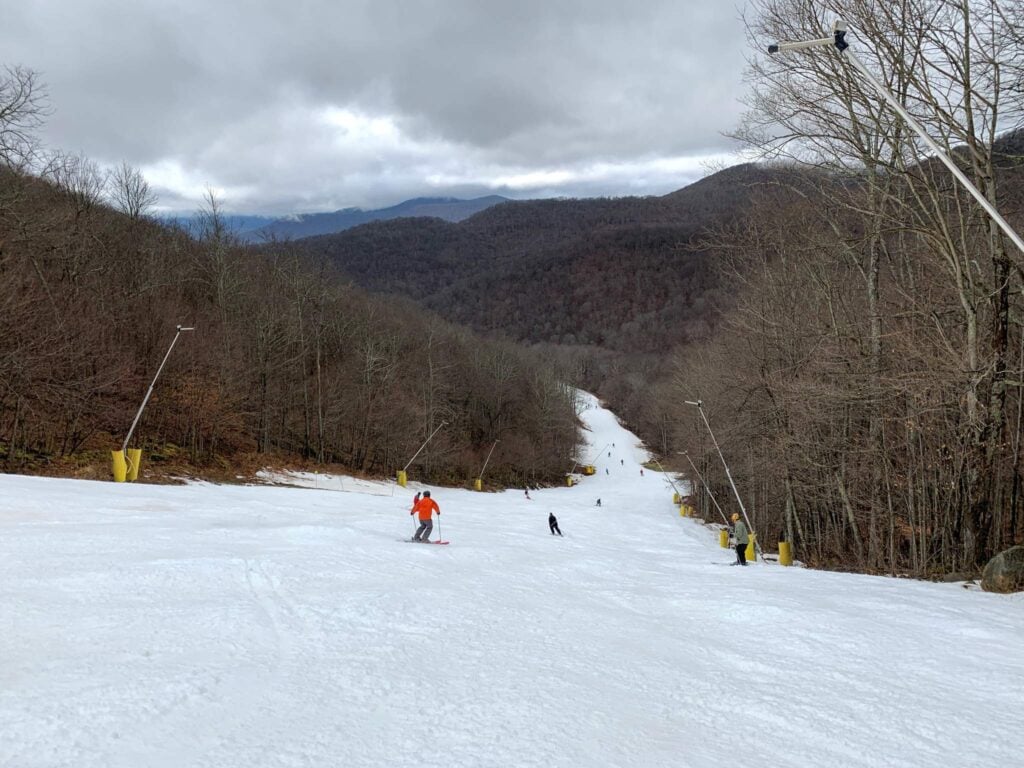 The holiday time frame continues as we enter the final weekend of the 2010’s.  I say 2010’s and not decade because technically the decade continues until the end of 2020.  #knowledge.  Old Man Winter still remains on a hiatus for the time being but we still have some decent ski and snowboard conditions across the region.  All eyes are looking forward to the beginning of next week when we’ll see the return of cold temperatures.

With five independent shops located at Snowshoe, Canaan Valley, and Winterplace Resorts in West Virginia, and Wintergreen Resort in Virginia, Ski Barn has been providing quality ski and snowboard rentals to guests for 39 years.

Their diverse selection of ski and snowboard rental equipment (including helmets, skiboards, bibs, and jacket rentals) and their friendly staff will help you get on the mountain in no time. You’ll save time and money by stopping by one of their locations before getting to your destination. They also carry a wide selection of ski and snowboard clothing, equipment, and accessories from some of the top names in the business.

Greetings everyone.  This is Kenny with you today.  I’m at Snowshoe Mountain enjoying a holiday snowboard vacation with Mike.  The Shoe and all the other ski areas in the region are still in the midst of a December mini-thaw.  Temperatures at the resorts this morning are generally in the 40’s and will rise into the 50’s by the afternoon.  You’ll see on the SNOW REPORT that surface conditions show groomed for the most part, but you can expect mashed potatoes to be a better description by midday.  Yesterday’s conditions were extremely soft, to the point of making it hard to walk uphill on, and today will be much of the same.  Base depths realistically took a minor dip even if the listed numbers didn’t change but all in all the open slopes are in good shape thanks to snowmaking in previous weeks.

I posted a few clips on our Instagram account yesterday showing what things looked like here at Snowshoe.  The top half of the mountain was definitely socked in but things cleared up about halfway down.  Soft snow is fun to cruise on though and Camp 99 and Grabhammer were in good condition.  I’m happy I finally have my wife comfortably going down black diamonds now!

I started using a new tracking app yesterday too.  It’s called Slopes and it’s only available for iOS right now, but it’s awesome and can show you cool visuals like this.

Tracked my day. 16 runs. Not bad for the holiday week.

Elsewhere in the region it looks like the weather was much sunnier than here at the Shoe.  Cataloochee and Wintergreen both posted some pictures on social media that showed bluebird conditions.

We are kicking off this holiday weekend the right way. It's a little mild outside but the slopes are in great condition!…

It's the last weekend of the decade so come make some memories with us at the mountain!

The weather is definitely not what we want for this time of year, but I have to admit that it is nice to cruise around the mountain without having to be all bundled up.  Two years ago at this time the high temperature here at Snowshoe was 3 degrees.  It was absolutely brutal.  It’s quite the contrast to today as I’m planning on riding in a flannel.  I love me some pow but mild temps, sunshine, and soft snow isn’t the end of the world.  I also think that milder weather during a big holiday time frame isn’t a bad thing either and I’ve mentioned that before on here.  Lots of first timers and people who aren’t accustomed to the cold are on the mountain right now and it’s probably a little easier for them to get their bearings when they’re not freezing their butts off.

Not everyone is as optimistic as I am though.  It’s noticeably less crowded here at Snowshoe than the previous few years.  I don’t think I waited longer than 5 minutes to get on the Ballhooter lift yesterday.  Epic!  I also watched an afternoon webcam tour that Mike posted yesterday and it seems like the other ski areas weren’t as crowded as normal either.  Hopefully things pick up this weekend as we should all want a financially successful week for the resorts.

As I mentioned earlier, a lot of eyes are already looking ahead to the beginning of next week as we should see the return of colder temperatures.  We’re not talking an Arctic blast or anything, but overnight snowmaking for a majority of the ski areas looks possible Monday, Tuesday, and Wednesday nights.  That and daytime temps won’t be as mild so the snow won’t deteriorate as much.  In between now and the return of those colder temps though we do have to deal with some underdeveloped snow unfortunately.  Make sure you have some waterproof gear tomorrow is all I’ll say.  It’s gonna be a wet one. 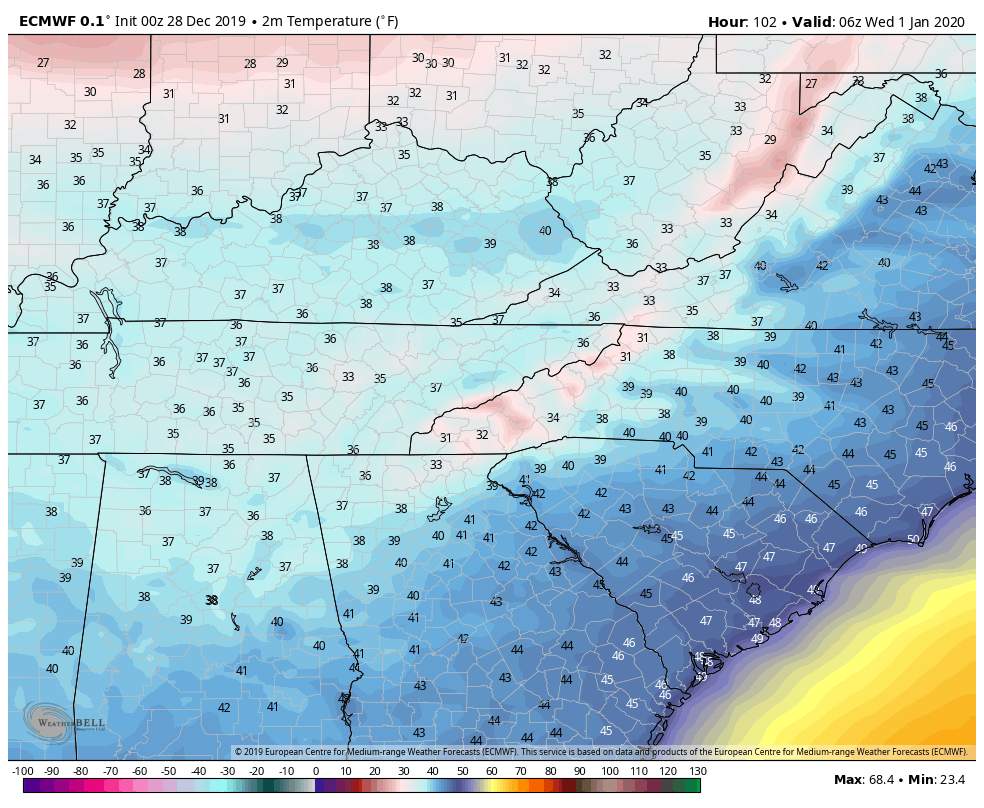 Colder temps return early next week as shown by the Euro model.

There’s still lots of open terrain and plenty of snow to enjoy right now so stay positive and make some turns if you can.  I’m currently looking out my door here in Highland House and I can see a groomed slope.  It’s time for me to get out there myself and make rope drop!  Make sure to follow us on Facebook, Twitter, and Instagram as I’ll be posting stuff on there throughout the weekend.  More 360 videos!