Oh the Weather Outside is Frightful…

…Well, if you’re a snow lover then it certainly has been frightful.  The combination of mild temps and underdeveloped snow has certainly done some damage over the past several days.  It seems that our annual January thaw has come early this season.  There is some relief in the forecast though as the return of snowmaking arrives tonight.  And it’s needed. 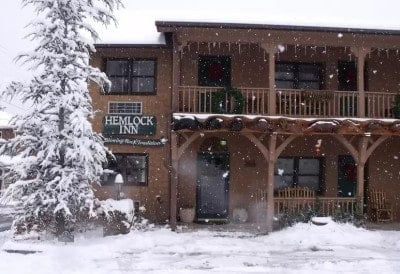 The Hemlock Inn in Blowing Rock.
Discover the magic of Blowing Rock, NC with a relaxing stay at the beautiful Hemlock Inn. This historic inn, set just off main street in downtown Blowing Rock, is within walking distance to many of the high country’s activities and attractions for all seasons. For over a century, the village of Blowing Rock has provided one of the most beautiful winter towns to visit. Rustic, cedar-sided cottages, upscale shops, fine dining, and family entertainment create an ambiance that makes this community the ideal location for that special getaway vacation. The Hemlock Inn is the perfect place to stay for your ski getaway to Appalachian Ski Mountain.

Yesterday was a pretty blegh day.  Here at Snowshoe, it was foggy and misty throughout the day.  Variable snow conditions and low visibility had me taking it easy.  I still managed to get in double digit runs but I called it an early day around lunch time and then proceeded to follow the Panthers game online while hanging out at the excellent Old Spruce Draft House and then the Highland House hot tub.  They got crushed but on the bright side Christian McCaffrey is a beast. 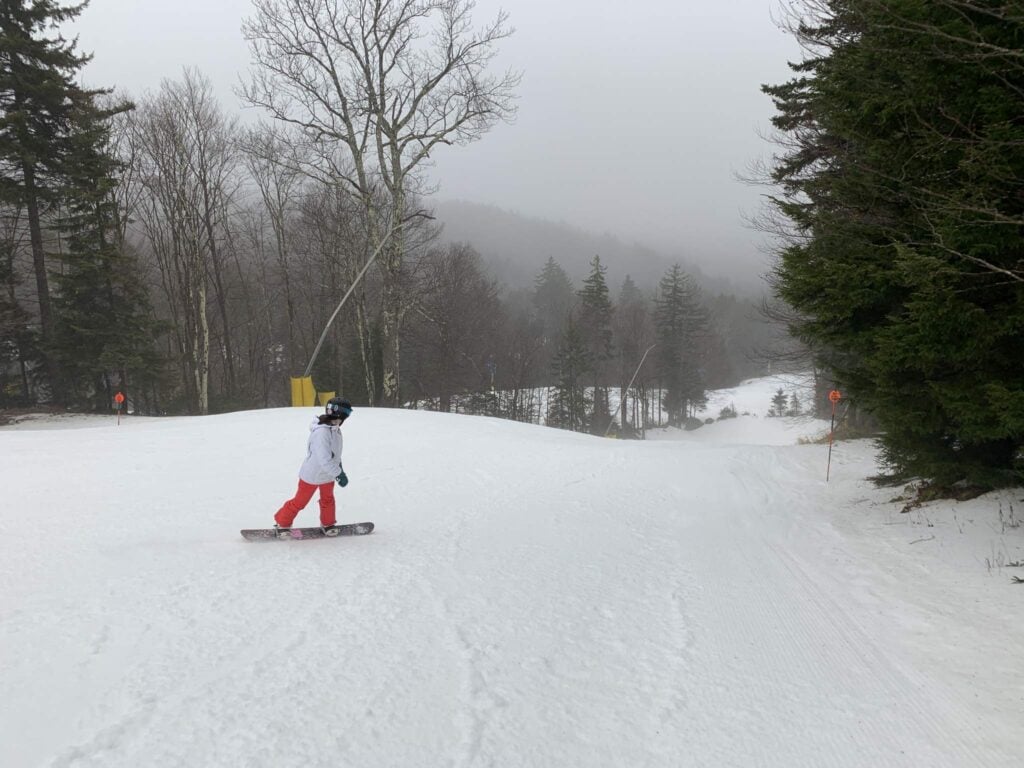 My wife going down Grabhammer yesterday afternoon. It had some of the best snow conditions on the mountain. 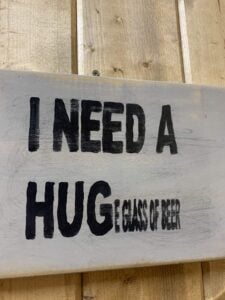 How the weather has had me feeling.

More persistent rain moved in overnight and I woke up several times to the sound of dripping water on our balcony.  CoCoRaHS numbers this morning show that precipitation amounts across the region generally totaled around a quarter to a half inch over the past 24 hours.  The effects of the mild and wet weather has become more visible on the webcams as some resorts definitely look worse off than others.  Sapphire Valley in southwestern North Carolina has actually had to temporarily close the ski slopes and tubing due to the weather.  Ober Gatlinburg in Tennessee is down to only a few open trails that are  “accessible by good ‘ole fashion foot traffic”.

The SNOW REPORT shows that open trail counts are rather meager right now, especially outside of West Virginia, while the base depths have been slowly dwindling.  I was just looking back at the previous First Trax articles and it’s fascinating to see how things have changed from just 10 days ago when Matt was referencing A Great Start to the Holiday Week.  All that said, it’s still early season and considering the fact that it’s been over a week since snowmaking last occurred while the weather has been mild and wet, it’s rather impressive that there are as many open trails as there are.  I wonder what things would look like 10+ years ago with similar weather conditions and inferior snowmaking technology?

Times like this call for expert snow management.  The Sugar base cam showed a groomer out around 8 this morning pushing around snow and trying to patch things up at the bottom.  I’ve heard the groomers all night here slopeside in Highland House.  They must have been relocating a ton of snow as they were out and about until just a few minutes ago (it’s 8:15am when I’m writing this).  The thank a snowmaker hashtag has been used in recent years, but today might call for the thank a groomer one.

We’re almost through this mild stretch of weather and colder weather is in sight.  It’s a welcome reprieve for all snow lovers in the Southeast.  Whoever writes the Canaan Valley snow report is extremely excited as they used three exclamation points when referencing it.

Temperatures are mild this morning (40’s and 50’s at the ski areas) but will be falling throughout the day.  Many ski areas will finally see the mercury hit the freezing mark tonight and will be able to make snow again.  The resorts in the northern portion of the region (Canaan, Snowshoe, Wisp) might even be able to keep the snowmaking party going all day tomorrow as forecast temps are right around the freezing mark for them.  Those resorts also have the extra benefit of a little bit of natural snow being in the forecast.  I was very excited to see a 1-2 inch number for Tuesday night here at Snowshoe.  It should help the vibe for the New Year Eve festivities in the Village.

Elsewhere, we should see snowmaking resume on Tuesday and Wednesday nights for most other ski areas in the region.  Temperatures don’t look crazy cold (mid/upper 20’s to around freezing), but you’ve got to imagine the snowmaking teams are going to turn on the guns as soon as possible.  It’s been a while now since they were able to do so and the slopes could definitely use a refreshing.

Just one more day of mild temps and we’ll more than likely see the trademark transformation that ski areas here in the Southeast are able to pull off on a regular basis.  All it takes is a few nights of snowmaking and things will be looking like winter once again.  Regardless of that, there are numerous New Year’s events taking place at the ski areas so there’s something for everyone.

Enjoy the remaining few days of 2019 and make some turns if you can!