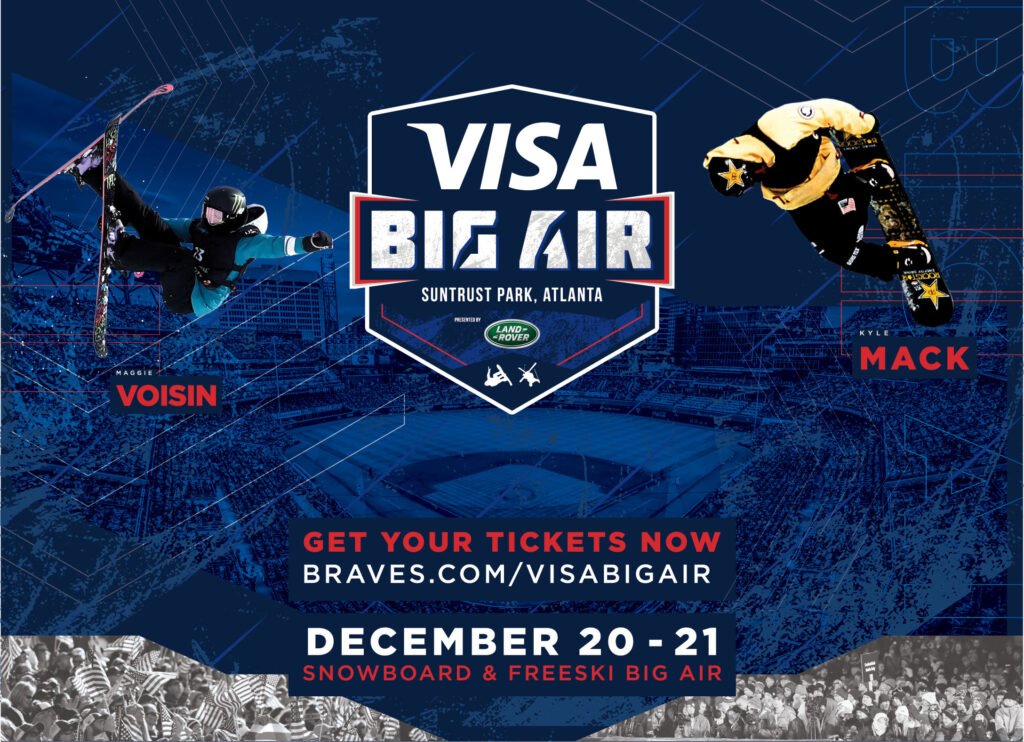 The staff at Ober Gatlinburg is working on the national stage

this week as they assist the Visa Big Air at SunTrust Park in Atlanta this weekend.

The Visa Big Air event is the first-ever internationally sanctioned snowsports event in the southeast and is sanctioned as FIS Snowboard and Freeski World Cup event.

The event will be held on Friday and Saturday night.

“Ober is very proud to be involved as the premier mountain sponsor for the Visa Big Air at Suntrust Park,” Ober Gatlinburg’s Tom Royther said. “We are a crucial part of the setup of the jump and making sure everything is safe for competition. This event is hosted by the top organizations and snowmakers in the industry including FIS, US Ski and Snowboard, Snow Park Technologies, PolarEurope, and a few other amazing organizations.”

“Our crew is really looking forward to putting on the biggest on snow event the southeast has ever seen.”

Ober Gatlinburg is providing support with 10 shapers to help shape the jump with rakes and shovels, four snowmakers to help create the snow and keep everything running smoothly in the snowmaking tents.

Cool fact – the snow is nitrogen made which means the snow is essentially air, water, and nitrogen.

There are also six ski patrollers who are volunteering to work as on-snow safety at the event.

For more information on the event, be sure to visit Braves.com/VisaBigAir.

Runs for Buns Week Is Going To Be Great