Not the Ideal Way to End the Work Week But Cold is in Sight! 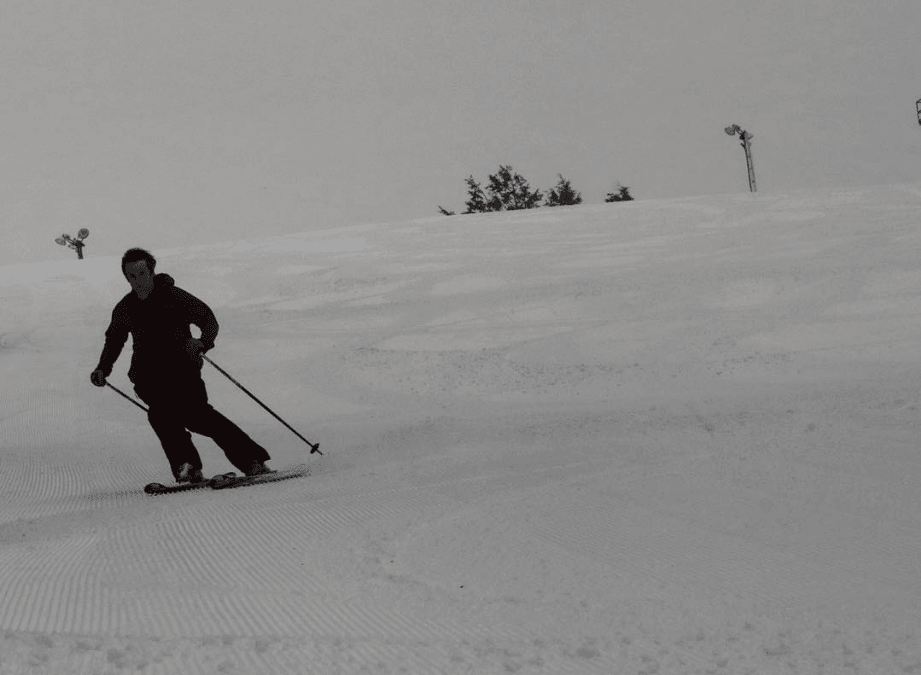 Well, on the bright side it’s Friday and the weekend is almost here.  Woohoo!  On the negative side, we have widespread rain this morning and there is more in the forecast for the weekend.  On another positive note, we are FINALLY seeing colder temps in the 7 day forecast and what is looking like a pattern change come next week.  The bad news, it’s still 6 days out!

It’s another morning with filled with grey skies and underdeveloped snow mixed in as well.  A system is dropping some rain at all of the ski areas right now and will continue to do so throughout the morning and early afternoon hours.  Looks like the station atop Beech Mountain has seen right at a quarter of an inch thus far.  Similar numbers are expected at all of the ski areas today before the rain tails off during the afternoon.

Unfortunately, we have more rain to deal with over the weekend and into next week as a stronger system passes through.  Tomorrow looks pretty decent as things should stay mostly dry.  The rain might begin in the late afternoon/early evening for the resorts here in NC though, but all the ski areas further north should be fine during the day.  If you can get some turns in tomorrow I would highly suggest it, as Sunday looks like a good day to stay inside and watch football.

The first half of next week looks to see the Great January Thaw of 2017 continue, but a huge pattern change is coming towards the end of next week and we will finally see winter return.  Brad Panovich sent us his latest forecast and you can watch it below.

So there is some light at the end of the tunnel.  It is nice to see some colder temps finally showing up in the 7 day forecasts and hopefully a week from now I will be writing about cold, snowmaking, and natural snow!  We just have to get through another 6-7 days of this crummy weather.  By the time wintry temperatures finally return, it will have been 2+ weeks since we saw any really good snowmaking weather.  And this during what normally is the coldest week of the year climatologically.

I was going through some weather data and found some fairly interesting stuff to give that gives perspective about these warmer temps.  The average temperature atop Beech Mountain so far this month has been 34.2 degrees.  That sounds all good and well but in reality it is the second warmest since 1991.  Even with that crazy cold snap we had a few weeks ago where it was below freezing for 5 or 6 days straight, we are right now at the second warmest January in 26 years.  I also looked at the number of days with a minimum temperature that was above freezing, AKA days with no snowmaking temperatures.  The record, again only since 1991, is 15 and that was back in 2006.  Right now we’re at 11 and with 11 more days in the month and the forecast being what it is, we will probably at least tie that 15 number.

These numbers only go back 26 years and offer only a brief glimpse at historical weather, but they are fairly interesting nonetheless.  I might examine some more stations over the weekend and write something up.  Whatever I find, we all know this weather stinks!

On Monday while at App Ski Mtn, I saw just how slushy the snow was and knew what the forecast was.  I did not have much hope for the week ahead.  To be honest, I knew we would have some temporary closures (and we have) and I’ve kind of been hinting that all week.  I still think we will see a few more by the end of the weekend, but here we are on Friday, and things look wayyyyyyy better than I was anticipating.  Sure, the weather hasn’t been the greatest, but there is still lots of snow on the slopes and more so than I thought would be.  My daily morning scan of the webcams has surprised me each morning as things have not deteriorated nearly as much as I thought they would.  The resorts did a killer job of making snow during the cold snap a few weeks ago and it’s showing now.  Here’s a video from Bryce Resort yesterday where you can see just how decent the slope conditions are.

Not sure I am digging that hardcore EDM music but you can see that conditions still look pretty good out there considering the weather.

A quick look at the SNOW REPORT and you will see that West Virginia is the best place in the region right now for skiing and snowboarding.  All of those resorts (except Oglebay) have double digit trail counts right now.  Snowshoe has somehow managed to keep 55 trails open during this warm spell which is incredible.  I told somebody last weekend that they would probably have 40+ open runs this weekend.  I did not even remotely think they would still have 55 open.

The Virginia ski areas have all pretty much held steady this week in terms of open trails.  Everyone is at least 2/3ish open.  Wintergreen dropped 4 trails today but they still have 17 open and have by far more than anybody else in the state.

Here in North Carolina, Appalachian Ski Mountain is probably your best choice right now as the coverage out there still looks stellar.  Beech and Sugar remain open but they are starting to look a little suspect and I have my doubts about them being open come Monday.  Cataloochee and Wolf Ridge remain temporarily closed today.  Wolf is hoping to re-open tomorrow but at this point I don’t see that happening.  Hopefully they surprise me though!

The most interesting snow report this morning comes from Sapphire Valley, where they are reporting a base on the main slope of 0-49″ and it is closed.  Can’t say I’ve ever seen that before.  The bunny slope remains open though.

Wisp Resort in Maryland still has 25 trails open right now, which is second in the region behind only Snowshoe!

And finally, Ober Gatlinburg in Tennessee is struggling right now as they have only 3 slopes open and it looks rather rough out there.  They always have other activities on the mountain though including the Ski Mountain Coaster and indoor ice skating.

As always, check out the snow report page for a complete look at current conditions.

Previous Post
It’s Still Warm But Signs of a Pattern Change Ahead
Next Post
Ski Resorts are Holding Their Own and Open for this Weekend!