NO SKISOUTHEAST.COM SUMMIT THIS SEASON… 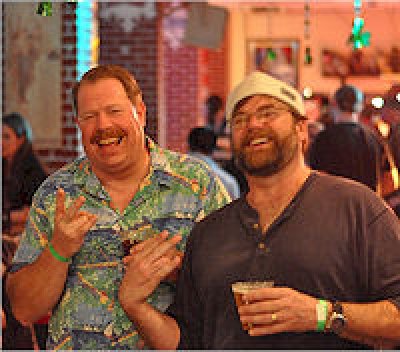 Skier visits and traffic to most all of the ski resorts have been AWESOME this season, particularly during the all-important holiday ski periods and weekends. Nearly every weekend recently has been all but 100% booked solid as far as lodging is concerned and the slopes have been crowded with weekend skiers and snowboarders.

This is even more the case in the state of West Virginia where the snow has been even more plentiful. Snow trumps the economy and with the way that last season played out there has been a ton of pent-up interest to head to the mountains of the Southeast and Mid Atlantic – and there is no question that Snowshoe, Canaan, Timberline and Winterplace resorts have all benefitted from more favorable weather and resulting ski conditions.

The above scenario is GREAT NEWS for the ski areas all across our coverage area. However, along with this great news comes some not-so-great news in that we have made the decision NOT to do a SkiSoutheast Summit for this season.

Last season was so challenging for all of our ski resorts. With such a late start THIS SEASON and the roller-coaster weather patterns, every resort has needed to maximize their skier visits and resulting accommodations this season. In truth it doesn't make sense for ANY ski resort to provide our SkiSoutheast.com members a 25% discount on any and all lodging, and provide free lift passes – when there is enough pent-up interest to book those same rooms at regular price.

Effectively organizing a Summit that would attract 140-200 guests or more takes at least a month or more and we simply have not been able to tie down any specifics to speak of and at this late date (February 19th) we feel that is simply better to announce that we will not be hosting a SkiSoutheast Summit for the weekend of March 1st-3rd as we would normally do each season.

We commit to you that we will make arrangements in September of this year regarding TWO SUMMIT DATES AND LOCATIONS so that our readers can plan and coordinate making plans to attend one or both of these events. 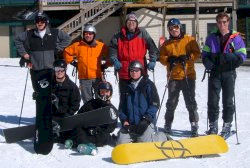 SkiSoutheast.com Summits are the "off-spring" of the original SkiNC Summit that began by a handful of diehard fans of the website who held the first ever summit at Hawksnest Resort in February 26th, 2005. That first gathering was attended by (8) people and was the brainchild of Dave McConnell, knowns as TeleDave on the SkiSoutheast.com messageboard.

The following season the event was held at Beech Mountain and was attended by 32 fellow, snow loving people. The following seasons saw the event increase in popularity with more than 300 people attending the 2010 Summit at Beech Mountain. Just one month later our 2nd Annual SkiSoutheast/Snowshoe Summit was attended by 198 people who booked lodging and attended the three day event.

Last season, around 130 guests attended the 5th Annual SkiSoutheast / Snowshoe Summit (and 8th overall) even in the face of challenging conditions and a tough economy.

What started out as a simple idea to meet new snow-loving friends has now morphed into an event that we hope to grow in years to come. 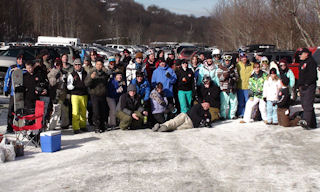 We regret that we were unable to coordinate a good discount that would prompt strong attendance – early enough – and look forward to more and better events in seasons to come.

Thanks for a great season and we look forward to a GREAT "final six weeks or so" to the season. Hope to see you on the slopes!

Previous Post
It Just Makes You Wonder Sometimes
Next Post
I Have No Idea What to Title This Article. Conditions Are Great Right Now Though, Go Ride!