NO HALLOWEEN SKIING THIS SEASON… 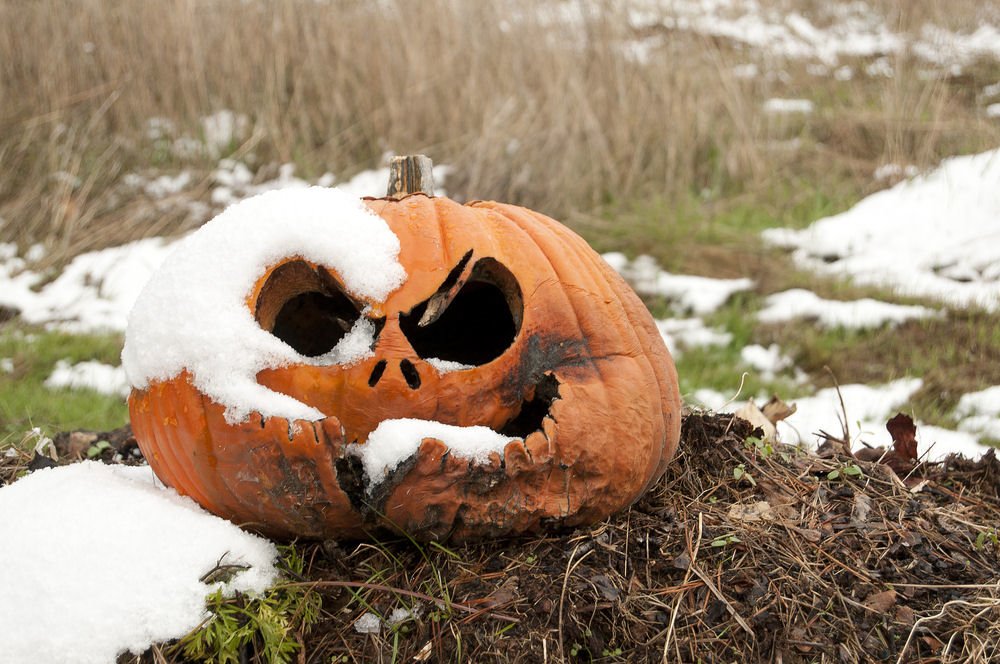 Our own SNOW REPORT is reflecting the hoped for opening dates of November 1st for Cataloochee and Sugar ALWAYS hustles as soon as the weather and temps allow to make snow and be the first to open.

While all of the weather prognosticators in the land are forecasting colder and snowier conditions for this season – unfortunately there will be no Halloween skiing and snowboarding in the Southeast or mid-Atlantic. (See our Official Winter Skier’s Forecast for the 2015-2016 Season!)

HOWEVER – the long-range forecast today through November 9th or so is calling for highs in the 50s and even some 60s while the overnight temps should only dip into the low 40s and 50s.

If the Old Farmer’s Almanac can be depended upon – some cold air will filter into our area around November 10-11th and it could be cold enough to see some natural and manmade snowmaking. 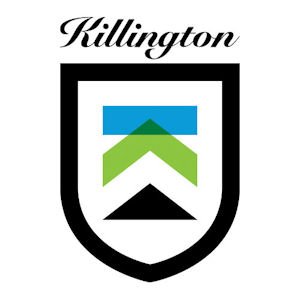 Okay, sort of. Killington in Vermont was the first ski resort in North America to open on October 18th. However the are “temporarily closed” again awaiting colder weather – like the rest of us.

Killington WAS able to open on two groomed runs in the North Ridge and on six features in the Reason Terrain Park. That terrain was only open to EXPERT SKIERS AND RIDERS ONLY.

I received a few emails earlier in October from people sharing the fact that Loveland and Keystone in Colorado as they began making snow in early October. However warm temps and low humidity put a stop to those efforts and they too are awaiting colder temps. (Our buddy Laura Parquette works at Keystone.)

WHICH SKI AREAS ARE THE OLDEST, YOUNGEST? 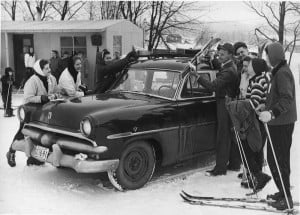 I’ve gotten that question twice recently. The answer may be interesting to you guys so we compiled a list. My buddy, Joe Stevens will probably appreciate the mention of Oglebay Resort in Wheeling, WV. We don’t include them on our snow report etc. because they only have one slope, but for the purposes of “who’s the oldest?”, here you go.

(The photo to the left is courtesy of Wisp Resort circa 1952. The resort opened in 1954 and these hearty people were going ice fishing…on skis.)

Wisp Resort MD, 1954
Actually Wisp holds the distinction of being the longest continuously operating ski area in the region.

YOU’RE MORE LIKELY TO DIE IN AN ELEVATOR!

I can only speculate why I have received a lot of emails about lift accidents and injuries on the slopes at ski resorts. Sugar’s getting a new, six person lift; Beech Mountain did a ton of off-season work on their high-speed quad (after a few issues with it last season)…and it seems like last season there were numerous reports of people falling off of chairlifts.

Here’s the thing – ANY TIME you put yourself in a position of sliding down a slick, relatively friction-less surface, you will NEED to control how fast you are moving – relative to your skill level.

That includes Snow Tubing. While tubing doesn’t require any skill to partake in the sport – you can and should put yourself in a position on the tube to control your speed by dragging your feet OR at least to be aware of what’s happening around you so that you can protect yourself.

Skiing injuries have been on the decline over the last several years with shorter skis and better boots, etc. About 2.63 injuries occur for every 1000 skier visits.

Snow tubing is about the same.

Snowboarding injuries have increased from around 3.37 ten seasons ago to 6.97 per 1000 visits over the last few years.

We live in a camera-phone, social media age these days and because of that every time someone puts themselves in a perilous position – cameras are pointed at them. Last season there were more than a few stories about people hanging off of or even falling off of chairlifts. Trust me when I say this – you people who are emailing me about concerns from falling off of a chairlift WON’T be among those falling off of a chairlift. The very FACT that you’re concerned means that you will respect the height and not be doing anything foolish while riding one.

When you’re riding a chairlift this season – pay attention to how many riders are going up the hill with the lift bar up. Most accidents occur from negligence and not from any “fault” of the lift.

If you’re riding a lift with a child, make sure that they know to sit back and sit still. Squirming around with slick ski and snowboarding pants on a slick surface CAN add to the peril 😉

If you have a healthy respect when riding skis, snowboards, a snow tube or chairlift – you’re more than likely never going to have an issue.

Let’s get the “death talk” out of the way. I hate getting into these kinds of conversations, but you people ask – so I feel inclined to address it. I won’t bore you by getting into every little bit of statistical detail – however it has been shared that you are far more likely to die in an ELEVATOR than you are on a ski lift. There have been 15 deaths from riding ski lifts reported in the last four decades and zero fatalities from an actual chair lift malfunction since 1993.  In contrast, there are on average 27 deaths from Elevator accidents in the US each year.

Until Next Time…email me at [email protected]