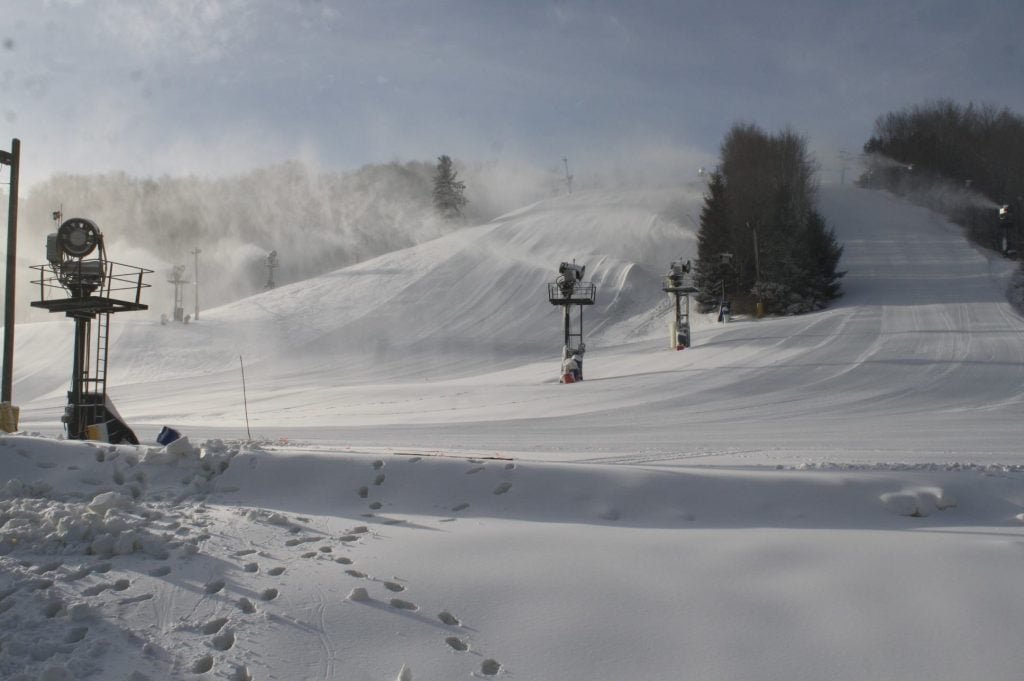 I have to admit the recent mild spell allowed me to be able to run outside in short pants and short sleeves, which was very enjoyable during any January. During that brief mild spell, I noticed on a number of chat rooms that a number of you were worried that there wasn’t going to be enough snow on the slopes for the three-day Martin Luther King holiday. As I mentioned in an earlier column before the mild spell, there was nothing to worry about, since there were tons upon tons of snow at every resort in the region.

Fast forward to Sunday of the three-day getaway and well, can anyone even tell that temperatures reached into the high 60’s in many of the region’s major metro cities? I didn’t think so by the size of the crowds at all of the resorts I saw on the various webcams found on skisoutheast.com. I know if you got to your favorite resort on Friday, you had to deal with some underdeveloped snow (for you flat landers, that’s rain) but things quickly changed and for the most part, each and every resort’s groomers were on the hills working their magic.

Believe it or not, we are just about to finish up our second month of the 2017-2018 season and I hope you have taken advantage of this year’s awesome efforts by all the snowmakers and have gotten out on the slopes at least once. Every person I have spoken with that has been on the slopes this year has had a great time. That’s right, if you haven’t been skiing and snowboarding yet this year, you should be ashamed. I mean, it has been that good everywhere this season, I mean everywhere.

I am still hearing from folks that live in the past and still worry, what happened two years ago is going to happen this season. Let it go folks, let it go. If I can refresh your memory a bit, the industry basically lost the Christmas holiday that year, but when the calendar clicked over to the new year, so did the conditions. But again, that is in the past and right now we are riding a snow wave that many of us in the industry can’t remember it being this good everywhere in the region. I mean, take a look at the webcams, there is coverage side to side on almost every trail out there in the southeast.

I was reading the daily First Trax column on SkiSouthEast.com the other day and Kenny, that day’s author, pointed out that over 90 percent of all the terrain in the southeast was open. Over 90 percent in the early part of January, folks that’s just an amazing accomplishment for all the various mountain operation departments in the region. Until the latest storm hit the northeast and out west, the best conditions for skiing and snowboarding were in the southeast. 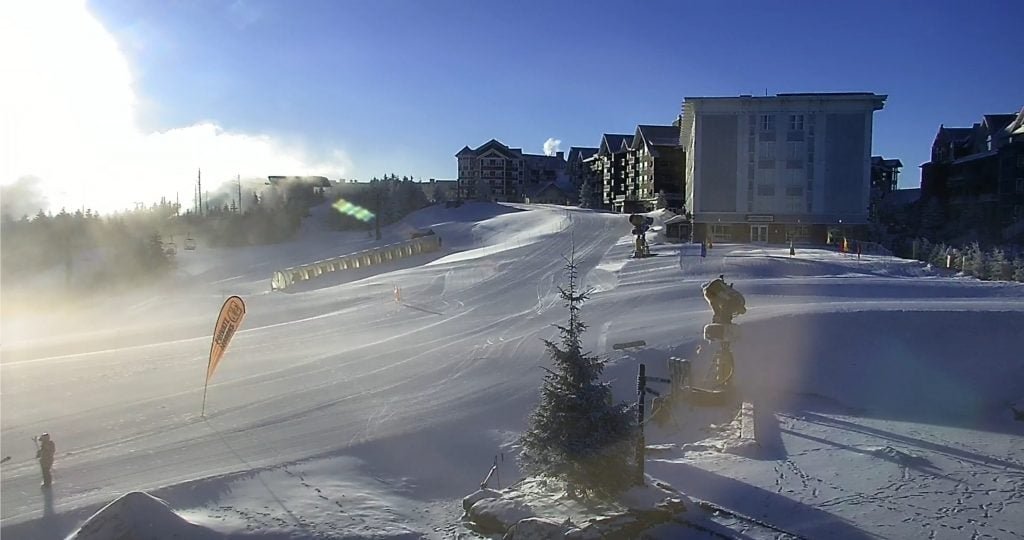 That brings me back to my first point in this week’s column and that’s why in the world would anyone even think there wasn’t going to be enough snow on the trails for their next trip. Folks, this isn’t brain surgery, just go to the webcams page on skisoutheast.com and see for yourself. Why people don’t do just that amazes me. Instead of guessing and thinking about canceling your trip, take a look for yourself and that should help you make your decision to pack everything up and get on the road.

Speaking of roads, here’s a personal hats off to the guys and gals behind the wheel of those snowplows on the roads, making sure the roads are clear, all the way to your favorite resort. Any reader of this column knows exactly how I feel about every snowmaker, groomer, lift attendant, ski patroller and ski instructor out there. You folks rock. But if it wasn’t for those folks behind the wheel of those trucks at all hours of the day and night, the above mentioned resort employees wouldn’t get a chance to serve as many people as they do. When we used to live on Rt. 219 north of Snowshoe Mountain Resort, the sound of a snowplow going by our house was music to my ears. I knew that not only was my family was going to be able to make it to the resort safely, but all of the out of state visitors would to be able to get to the resort safe and sound.

I know, some might say, why is there still snow on the roads and I just saw a plow come by. Folks, sometimes in the mountains, it snows so hard that as fast as the plows make a pass, Mother Nature covers back up what they just pushed aside. Just think how much snow would be on the roads if they hadn’t made that pass. Just take your time and get there in one piece. What does it matter if it takes you an hour or so longer to get to your destination as long as you get there safe and sound. Think about it, is it really worth that extra five to ten miles an hour. Let me tell you a little secret, it’s not and you will thank me with a smile after your first run of the day on the slopes.

Time to circle back around to the title of this week’s column, I have given a number of reasons why you have no excuses now to get those first turns or next turns of the season in at your favorite resort in the region. Really the conditions are great right now and I don’t know any other way of saying it, just get up and go.