Next Winter Storm is on the Way! 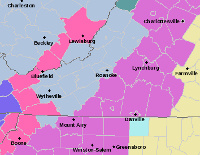 Much of the Southeast and Mid-Atlantic mountains and resorts have been issued some sort of alert from the National Weather Service.  In fact, a number of the resorts have been issued multiple alerts.  Here in North Carolina, Appalachian Ski Mountain has 4 active alerts – A Freezing Rain Advisory until 10am this morning, a Winter Storm Warning starting at 12am on Monday and going through 7pm on Tuesday, a Wind Chill Advisory from 5pm on Monday – 3pm on Tuesday, and finally a Wind Advisory from 12am on Monday to 1pm on Tuesday.  If everything plays out like THEY are predicting, we could see 1-3” of snow for most of the North Carolina resorts with possible accumulation up to 5”.  The western side of our mountains in Eastern Tennessee, where Ober Gatlinburg is located, is looking at 2-6” of snow.

We’ve seen pretty steady cold temps since Christmas and the resorts are taking in the natural when they can and pumping out their own snow in earnest.  Given that most of the resorts already had a good base to work with, this means that they are able to open new terrain on an almost daily basis.  Beech Mountain has opened the diamond Lower White Lightning; Wolf Ridge has opened the green Ridge Runner along with the blues Whistling Dixie and Powder Hill.  Wintergreen has opened 5 runs including the diamonds Devils Elbow and The Gap.  In West Virginia, Snowshoe has opened the first diamond at Silver Creek, Bear Claw and Timberline has added 3 more to their list. 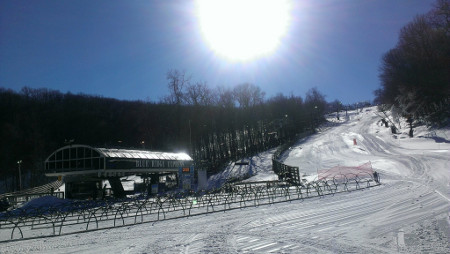 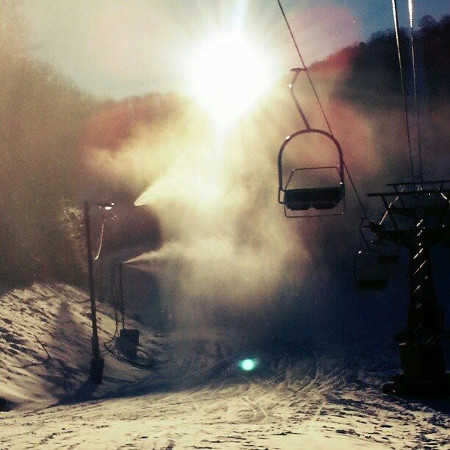 We’re getting close folks.  I would not be surprised if we came out of this next batch of weather with a number of the resorts operating at 100%.

As you head out today, the temps are a bit warmer than they have been in the past couple of days with a little sun possible this morning before the clouds take over for the most part.  The clouds will drop a combination of rain and snow over the next 24-48 hours with rain as the starting point, generally speaking, as the highs should get into the low 40s.  A wintery mix will develop tonight for most the western resorts, with Snowshoe expecting the turn to happen a bit earlier in the afternoon.

I’m loving reading the trip reports in the message boards.  Looks like we had a little ad-hoc summit at Beech yesterday.  I still have plans to make it to Appalachian today and tomorrow to take in the Alpine Skiing & Snowboarding North Carolina Special Olympic games.

Take care out there today everyone!