“Music to Our Ears!”, Snowmaking has begun in Earnest at Southeast Ski Resorts 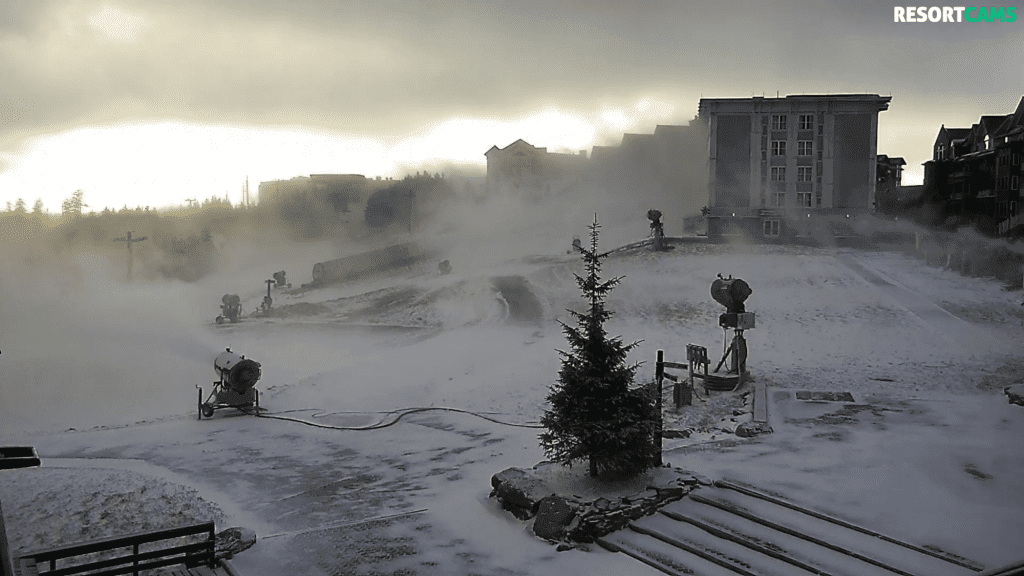 I began receiving texts and notifications late on Friday about a sudden roar that was echoing across mountain ridges of the southeast and mid-Atlantic. That roar was the welcome sound of snowmaking equipment at various ski areas in the region.
#ThankaSnowmaker

I climbed out of bed early this morning to get you guys some updates as the temperatures took the expected deep dive into the teens and low 20s in the North Carolina, Tennessee, West Virginia and Maryland mountains. The Virginia mountains are not seeing the cold temps this morning.

Seven of the region’s ski areas are making snow this morning.

Here is a quick glance look at what’s happening*: You can also check the SNOW REPORT to see expected opening dates and the full report.

*
Editor’s Note: Sugar is making snow and their information and reports will always be included on our SNOW REPORT all season long. However, we will no longer be featuring non-member ski area content on our FirsTrax News, Announcements, Photos or Video shares. After 22 years of providing great information for all ski areas, we have now made the decision to only feature the 15 SkiSoutheast member ski resorts.

A LOT IS HAPPENING AT BEECH MOUNTAIN! 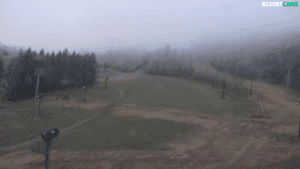 Beech WILL make snow in just a bit. Click to Enlarge!

I heard from Talia Freeman at Beech Mountain Resort this morning and they have their new snowmaking team on the mountain this morning and they are moving equipment around and will be making snow later today. They anticipate opening sometime within the next two weeks. They are shooting for an earlier date sometime over the next week, but they also want a quality product to match their two new Doppelmayr quad lifts. So they may just make a ton of snow and open the day after Thanksgiving, November 23rd – which is more of a traditional opening date anyway.

We have lots to share about Beech Mountain and we will be announcing some great new things to know about Beech over the coming days.

We are installing a NEW 5506′ SkyBar webcam on Monday and look forward to seeing that LIVE. It will show off both of their new lifts as well as awesome mountain views.

Wisp Resort and Railey Realty will now have THREE HD webcams running soon! We just shipped two new 1080p HD cams that will go LIVE with a few days. That will give great views of Wisp’s THE FACE, black diamond trail as well as Squirrel Cage and Deep Creek Lake.

We have received a lot of flack about the Main Street Cam being down. It happens. Kenny and our guys will be over there Monday and should be able to have it running.

Appalachian cam is iced over this morning from their manmade BLIZZARD.

Man, I have SO MUCH to share about Snowshoe and some of their vision for the next year and beyond. Alterra has opened up some deep pockets and what they have planned for “The Shoe” is crazy. Stay tuned. There’s too much to share here today! 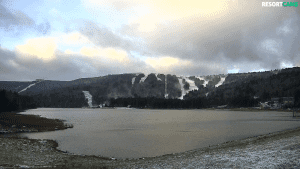 Snowshoe is blasting their mountain with all that new snowmaking system that Frank DeBerry announced FIRST with SkiSoutheast last March. They also saw another 1″ of new snow and they are making snow on Silver Creek as well.

Check out this awesome new piece to their grooming arsenal:

Meteorologist Brad Panovich has shared HIS 2018-2019 Winter Forecast Video for us. It looks AWESOME!

Now that the season is officially in “crank up mode” come back early and often as we will be sharing a ton of great news about our member resorts. This could be the best ski season EVER in the Southeast and mid-Atlantic.

Here are some other favorite photos from this morning from around the region. Click to Enlarge. 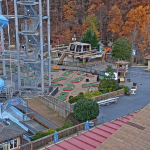 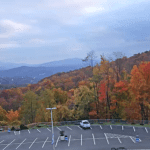 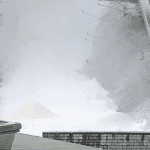 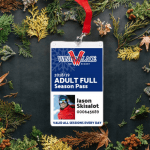 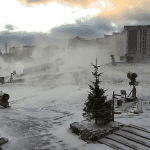