Much, Much Colder This Morning 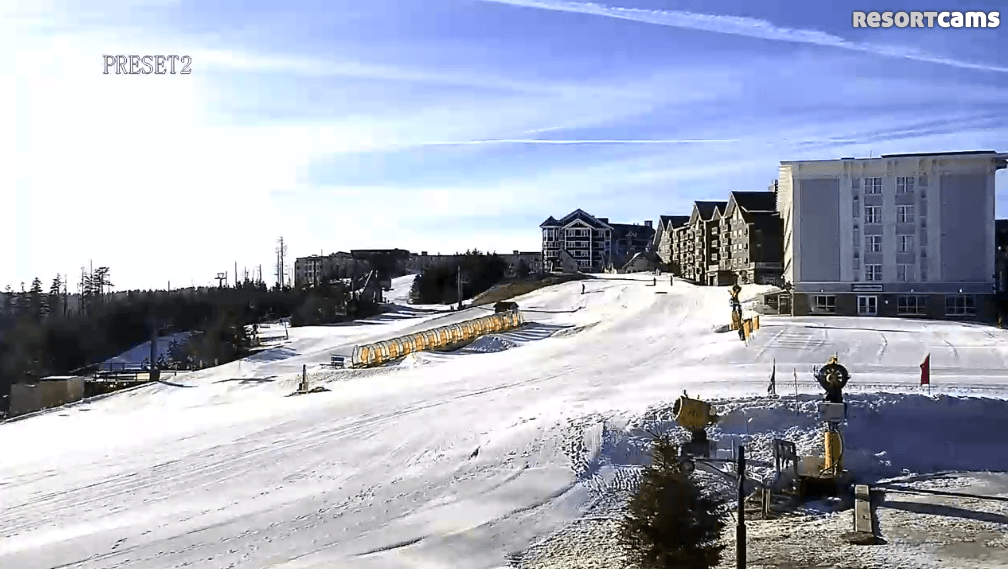 To say it is a little colder this morning compared to yesterday is an understatement.  Temperatures up in the northern portion of the region in areas like Canaan Valley and Snowshoe are a good 30 degrees or so colder this morning.  It’s currently in the teens up there!  Brrr.  Luckily, the sun is shining but highs up that way won’t get out of the 30’s today.

It’s a beautiful, but cold, morning at the Shoe.

Virginia is seeing similar 24 hour temperature differences this morning.  It’s not quite as cold there, mainly in the mid to upper 20’s, but they too are seeing temps that are 25-30 degrees colder than yesterday morning.  The craziest change was at Bryce Resort.  Yesterday morning it was 62 degrees and this morning it’s only 29.  That’s a whopping 33 degree 24 hour temperature difference!

The North Carolina resorts aren’t quite as cold as everyone else.  We’re mainly in the 30’s, with the exception of Cataloochee who is at 41.  Regardless, it’s nice and sunny down this way and that should continue for a majority of the day!

With these colder temps today it should be a really fun time to get out and get some turns in.  Yesterday didn’t turn out as nice as I was hoping as cloud cover moved in pretty quickly.  I felt like an idiot at about noon yesterday when most of the webcams showed clouds and fog at most of the ski areas.  This after I talked about how it was going to be another great spring day.  Ha.  It was definitely mild throughout the day but the wind and clouds made things a little less than ideal. 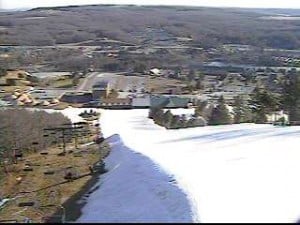 That’s a rather large amount of snow still on the trail.

In between now and the weekend we’ll have a couple of damp days tomorrow and Friday.  The good news is that the weekend is still on track to be a good one.  Seasonable temps and a good bit of sunshine will make for a great closing weekend for several resorts.  On that topic, I do have some updates to a couple of resorts.  Wisp Resort is now saying they will close this weekend.  They have it posted on their site this morning.  Sunday will be their last day of the 2014/2015 ski and snowboard season.  They had been saying they were going to try and make it until the 29th, but I’m guessing skier traffic has dropped off considerably.  I’m guessing that’s the case anyways as the webcams out there show plenty of snow still.  The image to the right is from their webcam on Squirrel Cage.  That’s a huge slab of snow still on the slope.

Bryce Resort has also made it official that their final day of the season will be NEXT Saturday, March 28th.  Weekday hours are 10am – 2pm with the weekends featuring a day session from 9am – 5pm.  The webcam shows that a pretty good amount of snow is still out there as well. 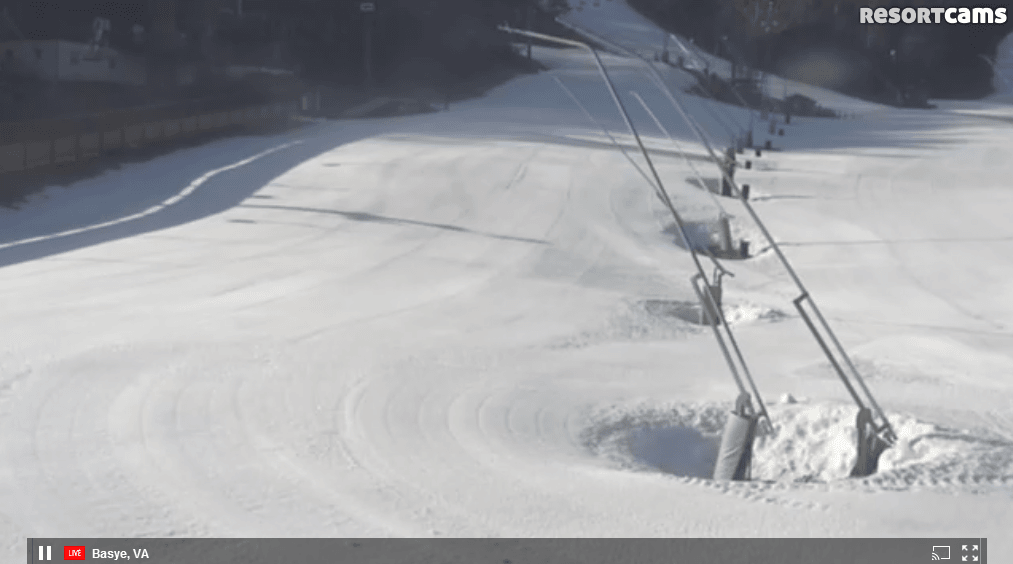 So the resorts are still holding on strong.  Seriously, these are some of the better late season conditions we’ve seen in several years.  I could be exaggerating, but I feel as if it hasn’t been this all around good this late in the season since the winter of 2009/2010.  And that winter was legendary.

Looking for something to do this weekend?  Head on up to Snowshoe as they are having their annual Homegrown Music Festival!

We’re proud of our roots. Come enjoy a great weekend full of live music from West Virginia artists. We’ll have on-snow games right outside Shavers Center and local musicians playing all day and night. Come up for a great day on or off snow!

I’ve been to this event a few times now.  In years past they would have it during the first weekend of March, which is the same time as our Ski Southeast Summit.  It is really fun and there’s a lot of stuff going on all weekend.  The weather forecast for Saturday and Sunday looks good so it should be a fun time up there this weekend!

I just realized it’s Wednesday.  This week is flying by!  Enjoy your Hump Day.