MORE Cold and Snow in the Forecast! 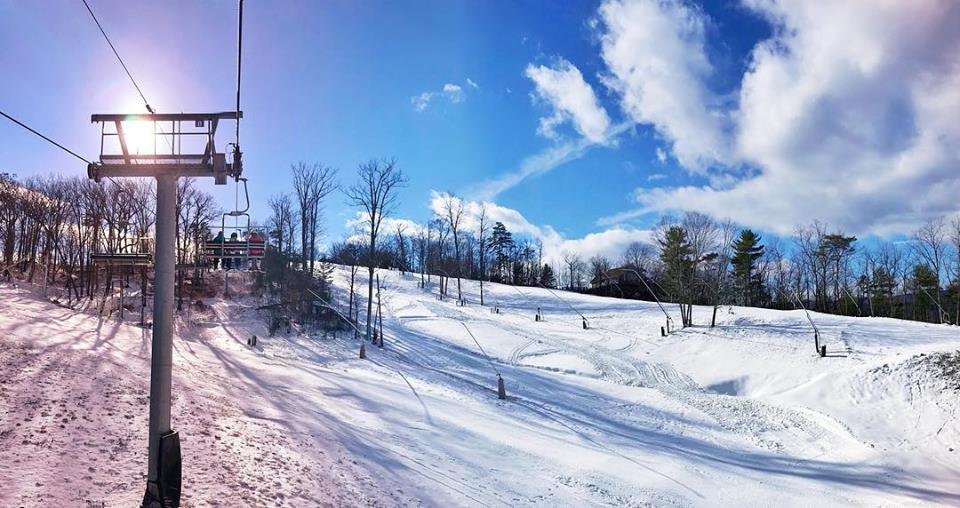 This morning is seeing a slight moderation in temps for a majority of the ski areas.  Don’t be fooled though, it’s still frigid out there as temps are only in the teens (as opposed to single digits) for most of the resorts.  It seems that the coldest air is still meandering up in the northern portion of the region as Wisp was still at negative 3 degrees this morning while Canaan and Timberline were at positive 3 degrees.

Obviously, most ski areas have made snow in the past 24 hours.  With the temperatures being what they are I’m sure everyone knows that is the case but I feel like it is mentioning nonetheless.  All of the snowmaking in the past month is really starting to pay dividends.  There are some impressive trail counts right now and several resorts are at or near being 100% open.  Let’s take a look around the region to see how things are stacking up right now.

Appalachian Ski Mountain: App is firing on all cylinders right now.  They haven’t even made snow in a couple of nights now because they don’t need to.  They have so much snow out there.  All 12 trails including the three terrain parks are open right now.  My buddy is trying to convince me to go out there this weekend.  We shall see. 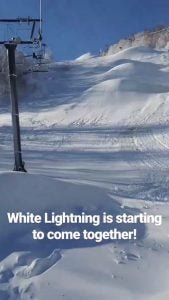 Beech Mountain Resort: What I consider to be my home mountain has been a little slow to open up new terrain in recent weeks but it appears they will get at least the entire front of the mountain open by the weekend.  They have 13 of 17 trails open right now and it looks like White Lightning will open up soon.  It didn’t open at all last year so I can’t wait to be blasting down it come this weekend.  We’ll have to wait and see about the infamous Oz Run.

Cataloochee: The Cat was the first ski area in the region to get to 100% open and while they are missing a trail today, it’s only temporary.  Richard’s Run is closed today (I’d imagine for snowmaking) but look for them to get back to 100% open tomorrow or the day after.

Sapphire Valley: The small ski area in Southwestern NC is only open Friday to Monday, but both of their trails should be open for the weekend in addition to tubing.  Sapphire is usually one of the warmest spots in the region and struggled last season, so it’s awesome to see how good things look out there right now on the webcam.

Sugar Mountain: The resort with the most vert in NC, Sugar is in great shape right now with 16 of 21 runs.  David McCue’s recent article reaffirms that thought.  Gunther’s Way and Tom Terrific are both open, giving advanced skiers and snowboarders some fun runs to cruise down.

Wolf Ridge: The Wolf has been having a great season thus far and I am happy to see the constant updates on their website and social media.  They’re open on 11 of 15 runs right now.  Hopefully we see them to get 100% open soon!

Bryce Resort: Bryce probably had the slowest start to the season of any Virginia ski area, but they are the first to get to 100% open.  All 8 trails are open right now and things look great out there.  Yesterday looked amazing.

Massanutten: The Nut is having a great few weeks with lots of snowmaking that has allowed them to open up 13 of 14 trails.  The only “trail” that isn’t open right now is the CMB terrain park.

The Omni Homestead:  They’re doing their usual Wednesday maintenance day, so don’t be fooled by the 0 number on the snow report.  Yesterday they were open on 8 or 9 trails and look for that to continue tomorrow.

Wintergreen: The leading Virginia resort in terms of open trails, Wintergreen looks fantastic right now.  They’re open on 16 of 24 trails.  I’ve said this the past two seasons but I’ll say it again, I really want to get up there and see what this place is all about!

Canaan Valley: Canaan has been in spectacular form recently.  Over a foot of snow in the past week has created pow stashes all over the mountain and allowed them to open up 37 of 47 trails right now.  Admittedly, many of those trails are natural snow only, so this number could change day to day.

Snowshoe Mountain: After being up there for almost a week, I can attest to the fact that Snowshoe is killing it right now.  The snow conditions are fantastic up at the Shoe right now, and they’ve opened up more terrain today to get to 55 open trails on 232 acres.  Look for them to get to 100% open by the weekend!

Timberline: T-Line is a little behind everyone else in West Virginia right now, but they are open on 21 of 40 trails.  If it looks anything close to neighboring Canaan then conditions should be fantastic.  I wish they’d post more shots of the actual trails on their social media!

Winterplace: The most accessible resort in West Virginia, Winterplace is close to 100% open right now, with 24 of 27 trails open.  They are working on making snow right now on some of the unopened runs, so they could hit that 27 number soon enough.

Wisp Resort: The only Maryland ski area, Wisp is looking great right now.  They have 25 of 34 open slopes right now and are expecting to open more terrain soon.  The weather should help expedite that.

Ober Gatlinburg: They too had a slow start, but this latest cold snap has allowed them to crank out the man-made snow.  They are almost at 100% with 9 of 10 trails currently open.  The favorite Grizzly trail opened yesterday as well.

Doing the quick math, we have 287 of 358 trails in the Southeast open right now.  Not bad!  That’s about 80% open here in the region.  With the forecast being what it is, look for that number to increase in the coming days and week.  Speaking of that forecast…

Another Arctic blast arrives later tonight.  Complementing the cold will be some light/moderate snow over the next 48 hours for many resorts, mainly in West Virginia and North Carolina where those ski areas could see a few to several inches.  Here’s the current snow forecast between now and Friday afternoon.  It’s not going to surprise me at all to see 6 plus inch numbers up in West Virginia.  It’s also weird to see the coast getting more snow than the mountains.

While the snow is cool and all, the big story over the next few days is the cold and the wind.  Wind chills will easily be in the negatives tomorrow and Friday.  Just brutal.  Make sure to bundle up if you brave the elements.  I’ll be sitting here in my cozy, warm office.

We will see temps moderate as we progress into and through the weekend.  The snow should be fantastic and you should start making weekend plans now.  It’s going to be a good one!  I’m thinking Saturday at Beech and Sunday it’s all about the Panthers.