Monday Will Be Another Stellar Day on the Slopes 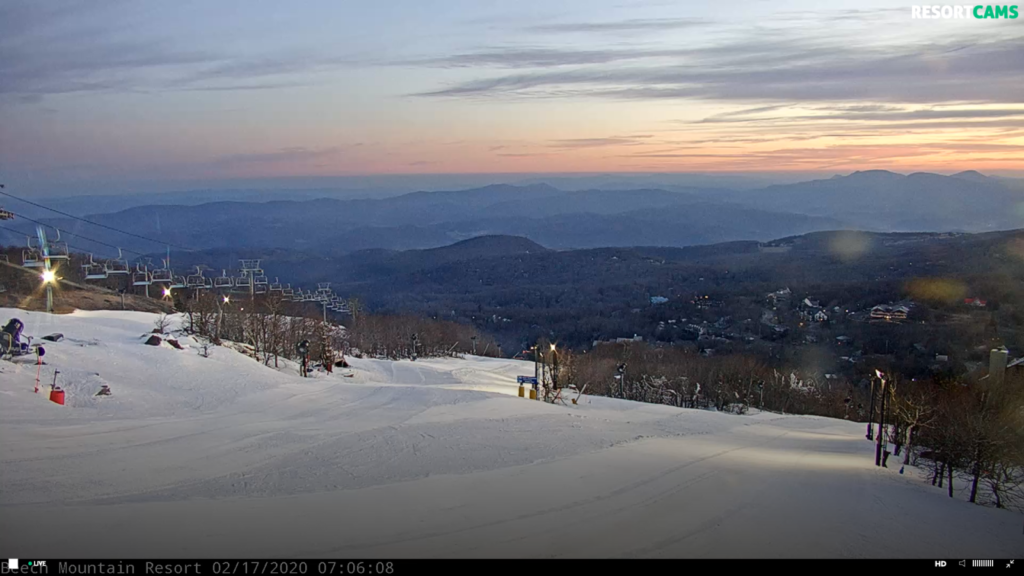 Photo of the Day was from this morning atop Beech Mountain

It looks like the weather is going to hold out nicely to provide for partly to mostly sunny skies and highs near 40° for your President’s Day skiing and snowboarding. It does appear that the weather will “dampen up” again this evening and into tonight. There’s a chance for some snow up around Snowshoe, Canaan Valley and Wisp Resorts for this evening.

Tuesday and Wednesday now look a bit wet, but only in the tenths-of-an-inch range and there are also chances for that precipitation to be of the “mixed variety”. Of course by then all of our four-day-weekend, President’s Day guests will be on their way homes – presumably most of them anyway. Okay, I am hoping that is the case as I plan to hit up either Beech or Sugar Mountain after lunchtime or so when – hopefully – the masses will have made an exodus away from the slopes.

Guys and gals, it was one, very, very busy weekend for the ski resorts. I kept getting emails and a few texts from people alluding to the lift lines and masses of people bottling up the base areas of numerous mountains. I am pretty sure I have never read posts from a few of the resorts making suggestions about “how to avoid their own heavy traffic on the slopes” but that was the case for at least two resorts on Sunday.

I also received an email from someone sharing that Beech Mountain Resort had completely ran out of rental equipment and booked all of their ski lessons for the day…by 10am on Saturday.

I toured the LIVE CAMS a couple of times and things were definitely crowded.

All I can say is, “Awesome, Awesome, Awesome”…and now (most) all of the mountain ops, management, owners and accounting departments at (most) all of our ski resorts can take a collective deep breath as all of the important holiday weeks and weekends have now come and gone – successfully generating the kind of skier visits needed to pay the bills and reinvest in their product.

…and NOW we can hopefully enjoy the last “one-third” of the ski and snowboarding season knowing that while this season has been challenging…it will have been a successful one.

Please note that I just shared that there is fully, one-third of our season left to experience. There will be a couple or so ski areas that will close skiing and snowboarding ops around mid-March or so, but several will extend the season for 41 or so more days. So don’t rush things. There are still six weekends yet to enjoy the slopes of the Southeast and mid-Atlantic – weather permitting.

Some awesome images from this morning. (Scroll below for more news today) 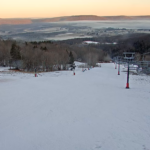 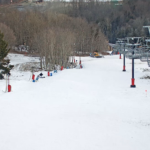 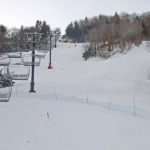 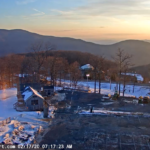 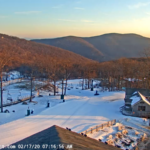 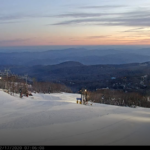 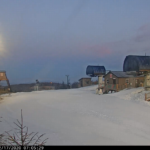 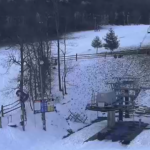 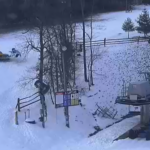 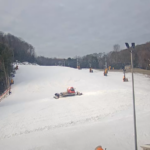 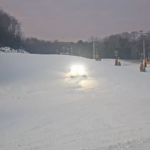 An "Orb" at Cataloochee 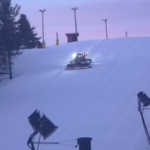 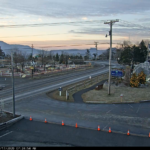 Thanks to Joe Stevens’ Snow News is Good News post earlier in the day, I posted data that supported his comments about the current snow-drought that we are experiencing around the region. That story quickly became THE MOST read/viewed story of the season. I’m genuinely shocked as there have been numerous other stories that should have garnered the kind of attention that the Snow Drought story did. (If you missed it, click here to catch up.)

Reactions to the story ranged from:

“Someone had a lot of time on their hands to work all the math out.” – Johnny D.

“Okay, I knew I was depressed for a reason and now I know. Gee, thanks for nothing.” – Danny W.

“Love how you showed how much Sugar over-reports snowfall. Ridiculous.” – Anonymous

“Glad you said something about Sugar. Gunther is out of control on his stats every year.” – Jubilee H.

“50% to 80% off. That would be a great stat if related to what ski resorts should be discounting their lift tickets.” – David M.

“I wish the snowmaking guns were operating at 50% off this season. It is hard to have fun when you can’t see!” – Denise W.

We had tons more and many related to each of the shared posts above. We also had a HUGE uptick in new followers via Facebook and (mostly) Instagram.

I DO have to respond to those posts related to “discounting prices” and the desire for the snowmaking equipment to be turned off during open sessions.

Per pricing: Someone recently sent me an article about lift ticket pricing and some of “the business of running a ski resort”. I’ll have to go find it and post snippets of it at some point. The story was using ski areas out west and bemoaning the high prices of lift tickets out there. However, the math works for all ski areas everywhere.

I will come off a bit “well over-simplifying and vastly understating all the costs to operate a ski area” but hopefully the point will be made. If you take all of the expensive lifts that we’ve seen newly erected at ski areas over the last few years; the new (very expensive) snowmaking equipment that dots the slopes; the intensely humongous electricity bills to operate everything; the people/resources to be at the top and bottom of every lift – and COUNTLESS additional ingredients and add all those up. Now divide that by the number of skier visits that will attend each ski area – you’ll quickly see why ski area cannot discount lift tickets.

Sure – there’s money made in restaurants, shops, etc., but most of the revenue has to come from lift pass sales. In a weird twist of concepts – when things are slow or traffic is down, there is really almost a need for ski resorts to charge more. They don’t, but the need might be there.

This is a common complaint or statement. Actually, the resorts TRY not to make snow during open sessions. Over the last decade that has almost been a focused effort to make as much snow as possible over-night and then only make snow during the day or night sessions on slopes that are not yet open. They have kept the guns off on open slopes and open sessions a lot of the last few years.

HOWEVER, this season has been different. The “windows of snowmaking opportunities” have been shorten this season than usual. That has forced the ski resort, mountain ops crews to “make hay while the sun shines”. They’ve not had the option to “play nice” when guests are on their mountains.

Had our mountain ops people NOT made snow during open sessions this season, conditions on the slopes would have been a ton more “sketchy”.

Editor’s note: Thanks for all of the emails, posts and texts. It was really quite cool hearing from so many about one story. I received a ton of comments about the Sugar numbers being skewed and was shocked to only receive ONE  comment that was seemingly saying that we/I was being ridiculous for sharing that insight. (I say seemingly, because I wasn’t sure of they were saying that I was being ridiculous – or if Sugar was.)

SkiSoutheast Summit Numbers Are UP!

We continued to see  more bookings on Saturday and Sunday and now we are up to (135) people attending the 13th Annual SkiSoutheast Summit at Snowshoe Mountain on February 28th, 29th and March 1st. We are still (11) days away from all the fun and there’s still time for anyone reading this to JOIN US!

GO HERE to find out more and join us. 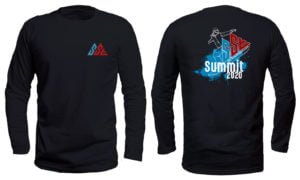 I am fairly certain that this is the most people we’ve had set to attend a Summit with a week and a half still left to make the trip. I hope many more will join us. We have plenty of newly designed hoodies (new designs), Summit shirts, beanies (two designs) and stickers to give everyone who attends. We’re also buying lunch down at The Boathouse on Saturday. Everyone who has booked should have received a special email from us sharing the set times and places to be – when and where.

We REALLY hope you’ll join us. There are still some Village area lodging units left and the deal is such a great one. Let’s set some records! Join Us.

Previous Post
How MUCH of a Snow Drought Have We Seen This Winter?
Next Post
2020 Progression Session Highlights