Monday is a Transition Day at Southeastern Ski Resorts 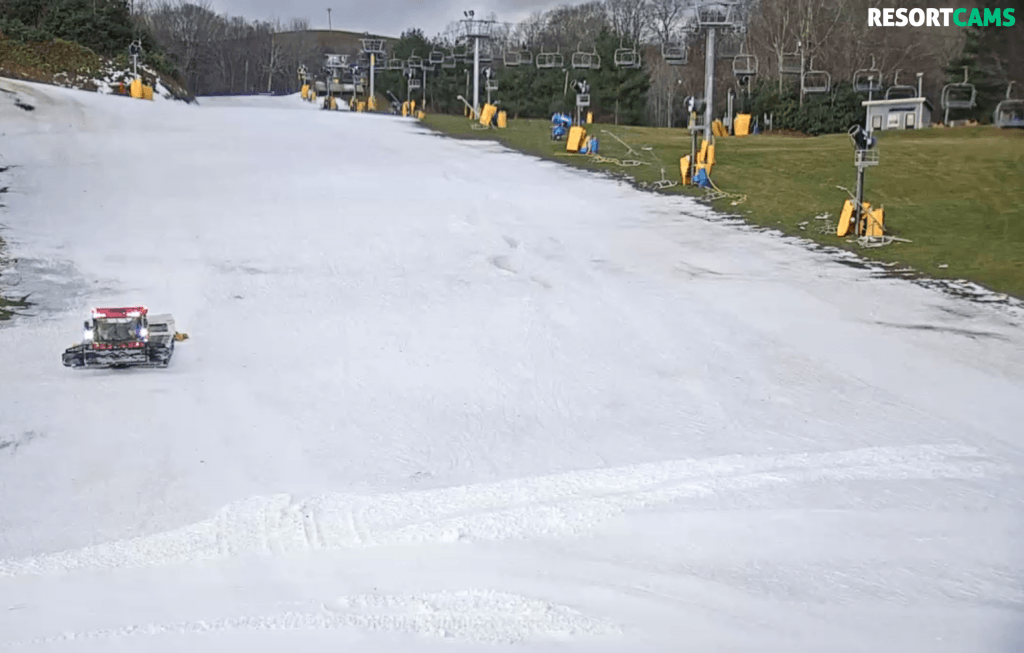 The photo of the day (above) is of Cataloochee Ski Area this morning as Chris Bates (or a member of his team) was out grooming the slopes to prepare them for a good Monday of skiing. Cataloochee Ski Area and Snowshoe Mountain would be the best places to find good conditions for today.

Beech IS open with two trails and Appalachian Ski Mountain has suspended operations until Friday.

You Know Things Will Be Less than Great, When…

As I was getting a quick glance look at temperatures around the area, it was pretty obvious that the SNOW REPORT would not include ANY ski area that was able to make snow.

Even the WV resort areas, which are usually a couple degrees or more colder were showing temps in the 40s and even milder at 7am this morning.

However, today IS a transition day for the area as the mountaintops will be getting colder later in the day as some of the coldest air of the season is making its way here.

Some ski areas could even see some significant snowfall this afternoon and evening. We think Beech may see some flurries and the ski resorts into West Virginia and Maryland could see significant snowfalls with several inches in the forecast for the WV ski resort areas. The NWS forecast for Snowshoe is for snow to move into the area later today and stick around through Wednesday evening.

Today is Cyber Monday and forecasted to be a record shopping day nationally. However, Snowshoe shared this quote over the weekend:

“I wish I went shopping instead of skiing today” said nobody ever.

Haha. I have to say that was funny and clever. Snowshoe fan, Dale Ramsey, posted, “Just say no to “Black Friday. We had a “white Friday” instead!!!”

As reported earlier, Appalachian Ski Mountain has suspended operations for today. They posted:

Remember this coming weekend, December 1 and 2 is App’s Anniversary Weekend, and in celebration of their 57th season tickets both Saturday & Sunday are only $5! This ticket is good from 9-4, and if purchased online is upgraded to an 8-hour flex ticket.#ThinkSnow

The following are some photo shares AND some sample forecasts for this week. Plenty of snowmaking temps should make for some awesome conditions by Wednesday and Thursday! 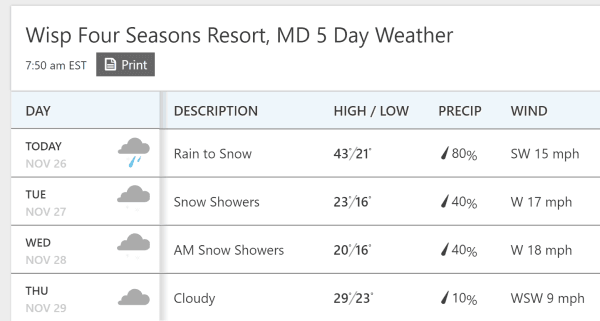 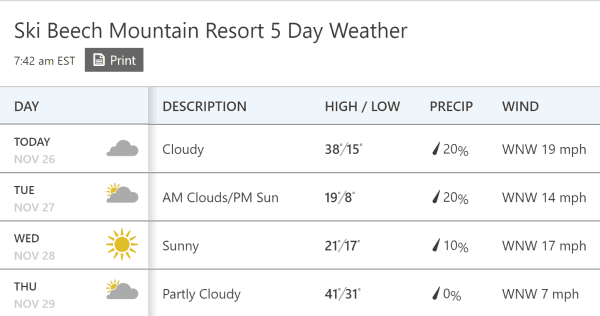 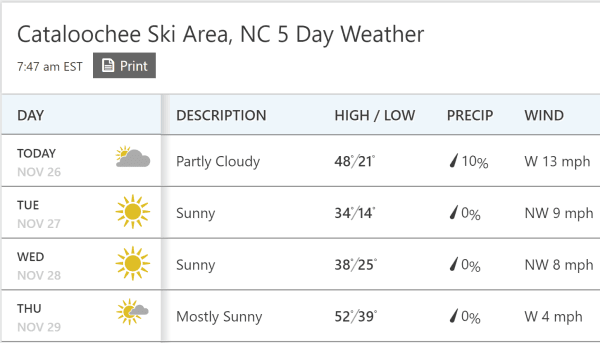 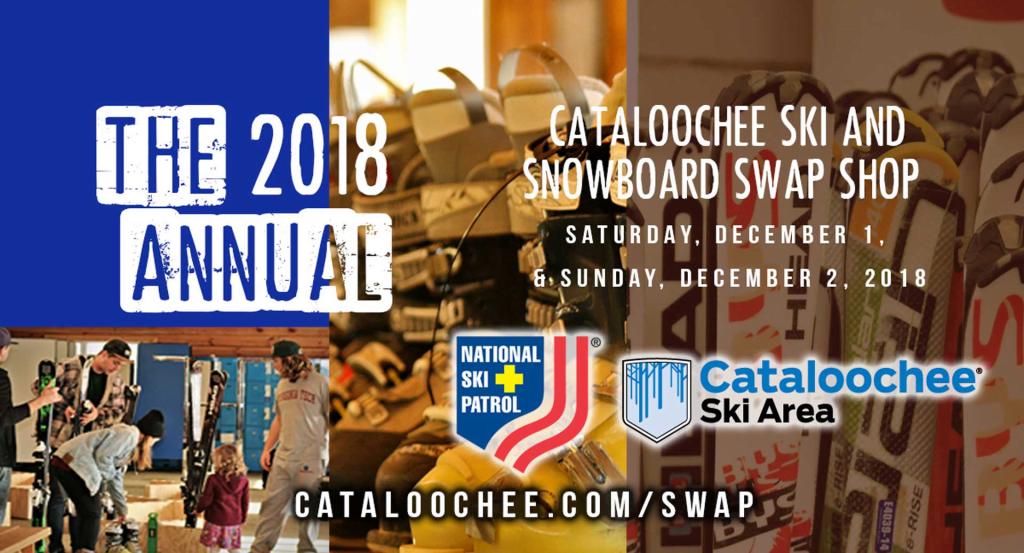