Monday Looked Like Quite a Good Powder Day for Some 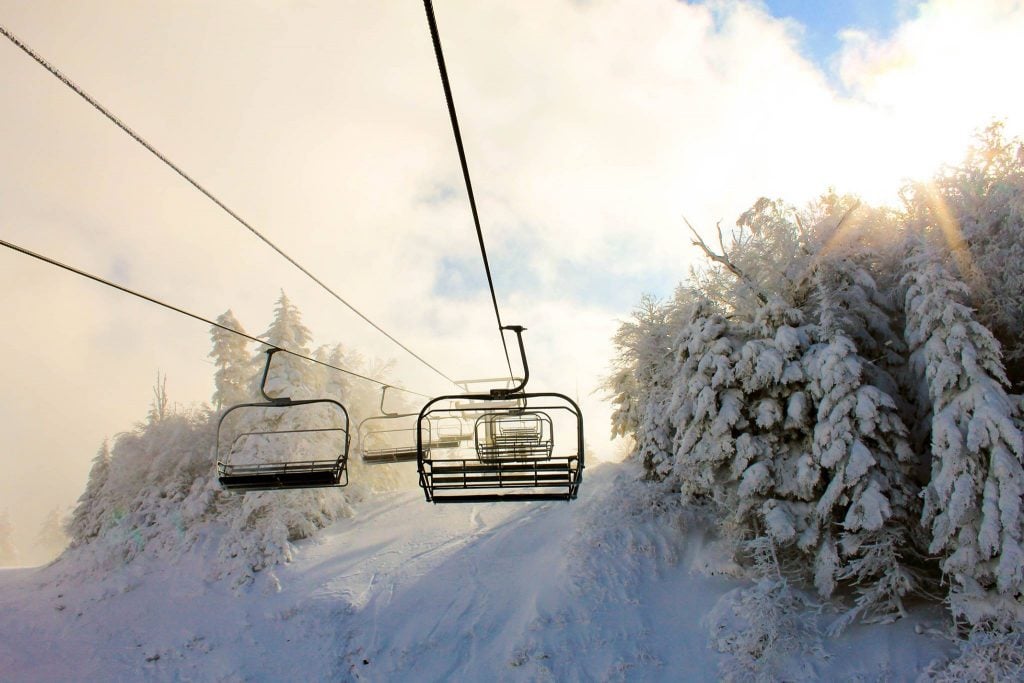 The final Monday of January sure delivered the goods for several ski areas yesterday, mainly up in West Virginia.  After being completely bummed about missing out on the fun, I tried to not look too much at the webcams and social media throughout the day, but there are plenty of videos and pictures to look at from yesterday.  It looks to have been the best day of the season thus far.

Check out this video from Snowshoe yesterday.  This is from Carl Brookman (brookbarrel on the messageboard) and dang, it looked pretty magical up there.

I saw that and another one of his videos and became super jealous.  That dude always scores powder.  My plan for the rest of the season is to check out when he is going to WV.  If he is headed up there, it means they are about to score some good snow.

Instead of posting all of the individual social media posts, here is a gallery of photos from the resorts from yesterday.  Man, it looked good. 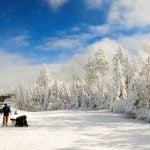 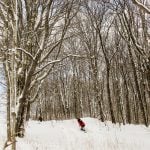 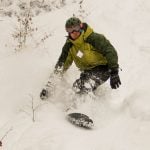 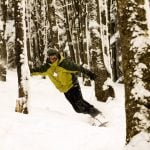 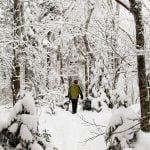 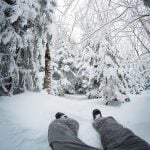 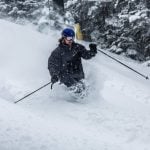 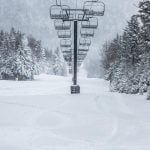 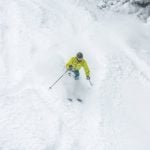 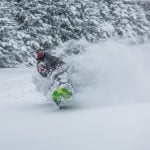 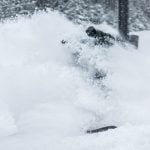 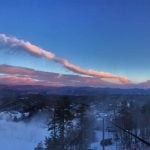 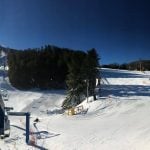 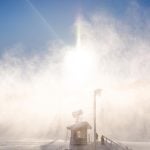 This morning looks to see some more powder riding for the West Virginia ski areas and Wisp in Maryland as more snow has fallen in the past 24 hours.  It’s not nearly as much as yesterday, but it should provide some soft turns for the first few hours.  Here’s a look at the numbers over the past few days for them.

Yeah, it’s been a good start to the week for those guys.  A foot plus of snow?  Yes, please.  One note about Wisp…yesterday morning I stated they had seen 4″ of snow.  They were reporting 4″ in 24 hours on their site.  Today they are saying 1″ in 24 hours and 9″ in 48 hours.  I’m not sure if they messed up the report or what, but that would be the reason for the discrepancy (8″ as opposed to 4″) between yesterday morning’s article and today’s.

Everyone else continued to make snow yesterday and overnight as colder temperatures persisted, even with a ton of sunshine.  If you look at the SNOW REPORT you will see that almost every single resort made snow in the past 24 hours.  It really was a great day on the slopes.  Combine the snowmaking with the natural snow that fell for the NC ski areas Sunday night and conditions are looking rather fantastic right now.  Hard to believe how dire things were less than a week ago.  Today is the last day of January and tomorrow I’ll share some numbers about this month’s weather.

Things are going to warm up over the next few days before we cool off again for the second half of the week.  It looks like Snowshoe, Canaan, Timberline, and Wisp will see continued clouds and maybe even some light snow today, but everyone else is going to see temperatures rise into the 40’s and 50’s with lots of sun.  The webcams are already showing bluebird skies in Virginia and NC this morning and temperatures were running something like 20-25 degrees warmer than yesterday.  For the most part, it looks like the snow guns are off for the day at just about every ski resort.  Sweet.  Cold weather is great, but sometimes it’s nice to get out of the icebox.

Overall, the week ahead looks pretty decent.  Some resorts will be able to make snow over the next few nights and then widespread snowmaking returns Thursday and into the weekend, so if you have a trip planned things look pretty good right now, especially Saturday.  Sunday looks a little more interesting with some wintry weather but we have all week to talk about that.  The forecast will probably change multiple times in between now and then.

A few notables this morning…Beech Mountain has opened Southern Star, upper and lower, this morning.  They were just beginning to make snow on it Monday when I was there, and with around the clock snowmaking since then combined with 8″ of natural snow and it should come as no surprise that they are expanding open terrain.  Basically the only part of the mountain that isn’t open now is the Oz Run and White Lightning. 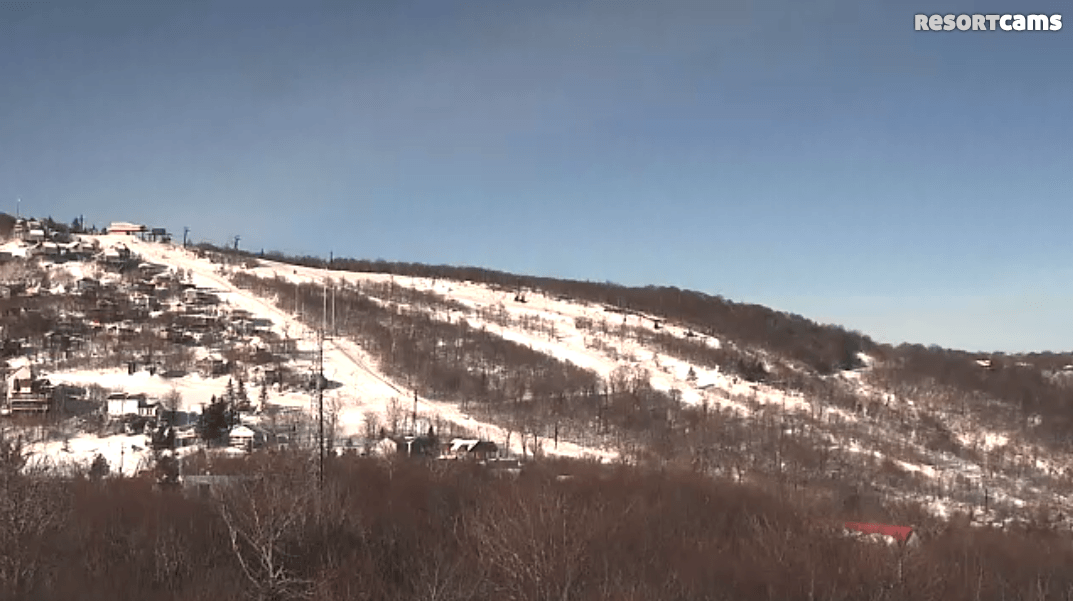 Thanks to over a foot of snow in the past few days and over 2 feet in the past week, Canaan Valley Resort has opened up a ton of trails today.  They are open on 42 runs today.  That’s second most in the region right now.  Around 20 of those runs are open with natural snow only, so they will probably close in the coming days.  Get it while you can!  Regardless, it’s nice to see that number on the snow report this morning.  I’d imagine the tree skiing up there should be fun today.

I didn’t mention this yesterday, but Sugar Mountain opened up Tom Terrific, a black diamond, in the past few days.  I was surprised to see them focus their attention on that run so quickly after the thaw.   Gunther’s Way is also open.  Those two trails might be my favorite two runs out there.

Finally, we upped the internet connection at Timberline yesterday and as a result the base cam out there looks much better.  Higher resolution and bitrate means an improved image.  I could see the snowflakes much better yesterday.  CLICK HERE to view that shot over on Resort Cams. 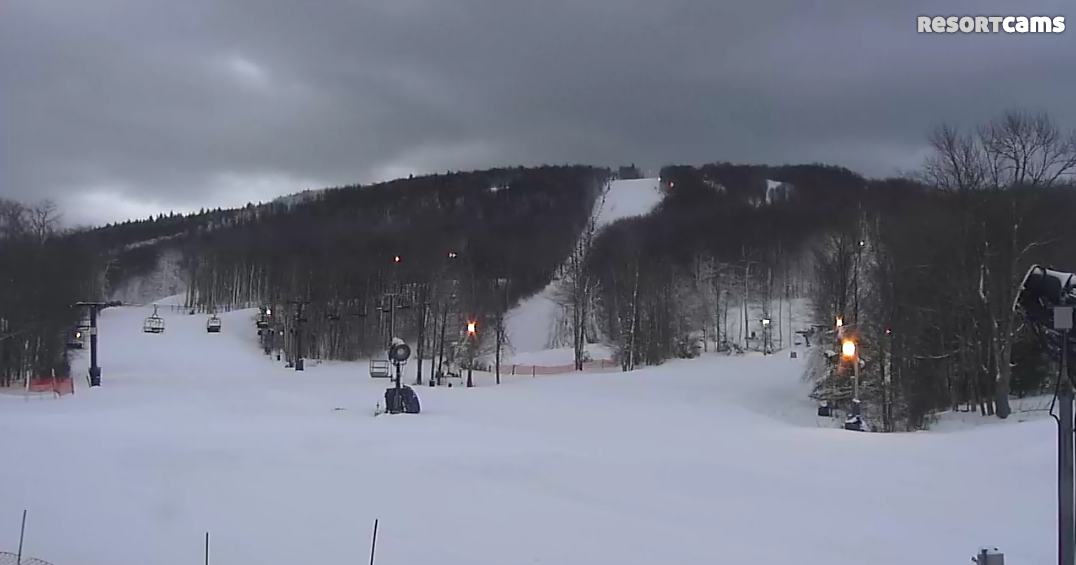 That is all for today.  Is it Friday yet?  I’m ready to snowboard.