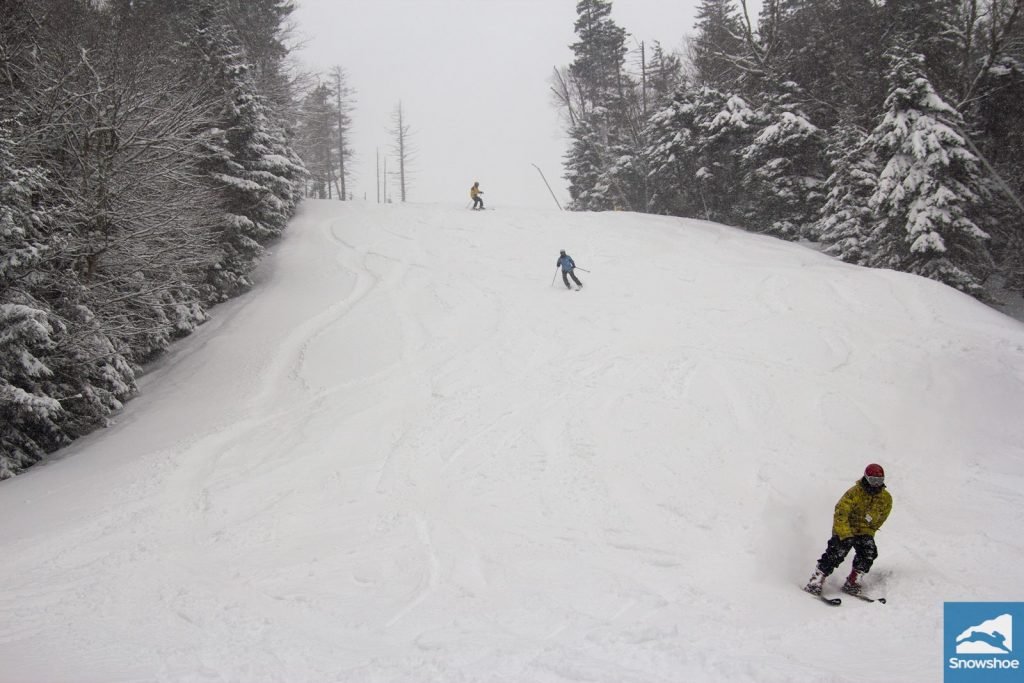 Yewwww what a weekend!  If you made it onto the slopes you were treated to some great conditions.  There was a mix of sunshine and even a little bit of natural snow for the northern portion of the region.  I made it out to Beech on both Saturday and Monday and man was it fun!  Both days were bluebird and it was warm enough so that I only had to wear Under Armour and a flannel shirt.  It was awesome.  You can check out my trip report from Saturday by CLICKING HERE.

This was my first time riding on MLK or President’s Weekend in several years and I forgot just how many people flock to the mountains for this holiday weekend.  Check out the timelapse from the Beech base cam below and you can see the crowds of people over the weekend.

I put one together from Cataloochee as well.

I really need to set up a timelapse on some of the other ski cams.  I didn’t really scan the webcams too much this weekend since I was riding Saturday and Monday and watching football on Sunday (What the heck happened to the Packers?!), but I’m guessing the other resorts had some great turnouts just like Cat and Beech did in those videos.  I’m really happy for all the vacationers who hit it good this weekend.  I know the stoke was high all weekend long at Beech due to the great conditions.

Now that MLK has come and gone, it’s time to look ahead and see what Mother Nature has in store for us in the upcoming week.  Brad Panovich sent me his latest video forecast and here it is.

Looks like some cold and snow is slated for later this week and into next week.  Sweet!  Brad talks about the January thaw over the next few days, but I’m not sure I would classify it as that.  I’m looking around at the forecasts for all the resorts and while it will be milder over the next few days, highs are only going to get into 40’s before the temps drop off again.  If that is our edition of the January thaw for this year, I will take it.  There have been years past where it’s been in the 50’s for almost a week straight, so a couple days of temps in the 40’s is nothing!

Where’s The Natty Snow At?

Hopefully we see some of this natural snow that Brad is talking about in his forecast, because up to this point in the season it’s been a lean year in terms of snowfall amounts at the ski areas.  Mike went into some great detail about this the other day, and the numbers he showed were not good.  However, I’m still optimistic about snowfall during the second half of the season, and my optimism is on the rise even more so after reading the snow report from Canaan Valley this morning.

Total snowfall to date this winter is only a meager 56 inches so far, but still more than in three other winters on this date since 2001. See table 6 below.

What I’m trying to get at is that winter isn’t over yet.  We’ve still got a long way to go.

Back to the grind now.  Talk to ya’ll tomorrow.