MLK WAS ONE HELL OF A SNOWBOARDER! NO, REALLY HE WAS! 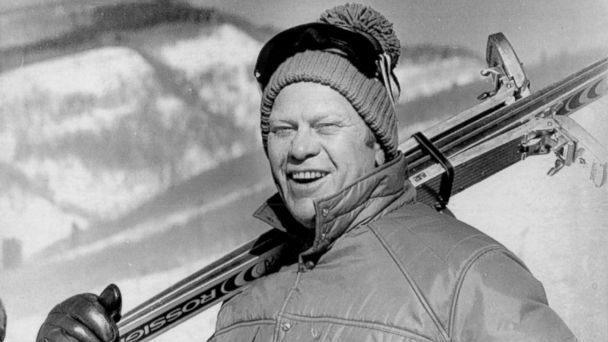 (President Gerald Ford was an avid skier. Read on to see why we led off with this…)

IT SNOWED ON SATURDAY! HERE’S WHERE AND HOW MUCH FELL 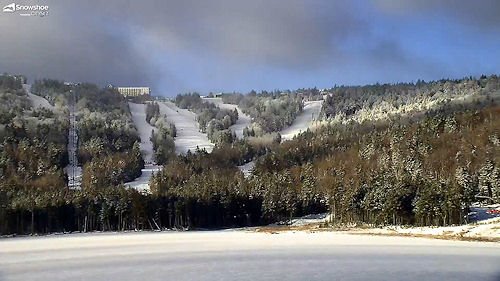 (As you can see via the Snowshoe Basin webcam, it a little snowy-white up top after 4″ of new snow fell over the last 24 hours.)

Many ski areas MADE SNOW overnight but the guns will be off for Monday sessions. Also check the SNOW REPORT PAGE for all the deets and the fact that some ski areas are NOT operating for night sessions tonight.

I get emails. They come in mostly asking things like where’s the best snowmobile tours; where’s the best terrain for beginners; will this or that resort be open for a trip planned in late March; and so on. Too often I receive emails asking about specific services but then the sender doesn’t include WHICH ski resort they’re asking about. I answer all of them.

Occasionally I get silly, over-the-top or unique ones like, “We’re planning a trip for March 20-22nd and want to know if we can count on snow that weekend.”

Yesterday I received three emails that stood out. Two were kind of stupid and the other one was actually about something that I think bears repeating. Let’s get to the HELPFUL email first:

Amy Cogdill wrote, “I’ve noticed that you have mentioned that it’s best to ‘get out early and often’ to avoid the crowds. What do you mean by that? Is there some insider secret where we can ski when it’s not busy?”

Amy kind of answered her own question but it’s not really an insider secret. I was skiing Snowshoe with some friends last weekend and our friends like to “sleep in” on weekends. We told them Friday night that if they wanted to ski the mountain pretty much by themselves with NO lift lines that they should be prepared to be OUT and ON the slopes, ready to make their first trips down BEFORE 9am. They met us at 8:50am and were sleepy-eyed and complaining just a little.

After an hour and a half of skiing multiple trips up and down the mountain with NO lift lines I wish you guy could have heard their comments. Suffice to say that my friends will be early-bird skiers from now on. Even on Christmas weekend, when the crowds are as massive as they’ve been for the last couple of MLK Weekend ski days, you can make numerous trips down the slopes for the first one to two hours with no lift lines for the first few runs and then with perhaps a 2-3 minute lift line for the others.

The lesson to learn here is that most people like to sleep in on Saturday’s and Sunday’s and then get a little breakfast, etc and it’s usually around 10:30-11am before the masses show up.

No, I don’t own stock in the App…but since I’m talking about CROWDS and how to avoid them – the app also has another cool feature to it. You can explore each mountain’s PEAK ACTIVITY LEVEL and then simply ski when the app shows that the crowds are smaller.

For example, Trace Snow shows that Sugar’s heaviest crowds (see image to the left) show up and hit the mountain between 10am-3pm and you can ski with little in the way of lift lines from 9-10am and 3-4pm. Of course, the busiest DAYS are Saturday and Sunday.

If you can ever make it up and ski during the week (NON HOLIDAY) you will probably never want to ski on weekends again.

WHY DOES THE SKI RESORTS CELEBRATE MARTIN LUTHER KING, JR?

Yes, that question was asked by two people yesterday. I’ve actually had that question more times that I care to share – and I’ve taken the time to answer it privately. As I was reading the question yesterday I guess I reacted out loud and one of my daughter’s friends overheard me say something like, “Are these people for real?”

When I shared the question I was thrown for a loop when the young teen replied with, “Well why do they? Was Martin Luther King a skier or snowboarder?”

I wish I was kidding. However, they don’t teach a lot of common sense in schools these days so I answered her in my best – teasing, ribbing kind of way.

That prompted me to decide to share the question and answer with those of you who evidently wonder the same thing – “Why do the ski resorts celebrate MLK Weekend?”

You ready? Here’s the answer…

He was one HELL of a snowboarder. The man could throw down some ollies, nollies, switch ollies and he was an award-winning “air-to-fakie” specialist that won him some podiums at events that took place before X-Games type events were held. He was kind of the god-father of southern snowboarding and THAT is why we celebrate the man on this special weekend. We lost a true ambassador to southern snow sports when he was shot down on that horrible April day in 1968. 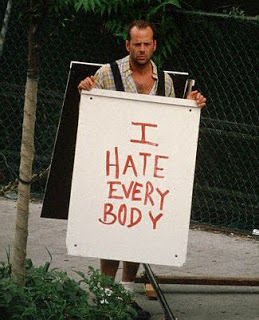 Admittedly I wasn’t a fan of the guy himself and it has nothing to do with his race, nor the absurd negativities that are brought up annually by those who hate.

As they say, “haters are gonna hate.” I’m not one of them.

(While I’m not a hater…I always liked this Bruce Willis clip from one of his films where he was forced to wear this sign in the midst of a tough neighborhood.)

I DO celebrate what the man was trying to accomplish so I’ve always taken MLK day off and called it “More Love & Kindness” day. (The SAME letters in case you missed it and YES I made up the ‘more love and kindness” thingy. Maybe it will catch on and I’ll get some recognition and a day off myself. Insert SARCASM.)

I’ll also admit that I don’t take it off to go skiing because this too will be another busy day on the mountains of the Southeast and mid-Atlantic.

In case those emailers were s-e-r-i-o-u-s, here’s the real answer:

Uh, um – it’s national holiday and many people have TODAY (Monday) OFF making it a long, four-day weekend – which in turn makes it easier for families and groups to travel to the ski resorts. President’s Weekend is the NEXT one that resorts will count on to be a heavy skier volume weekend.

From what I’ve heard Washington was one hell of a skier – but we’ll talk about HIM on President’s Day Weekend. This may interest some of our lesser-IQ peeps: Did you know that President’s Day was originally set to celebrate Washington and Lincoln’s birthdays since they both fell in February. However some states celebrated our third president, Thomas Jefferson, but NOT Lincoln’s so they kind of switched things up and made it President’s Day to honor ALL of our past presidents.