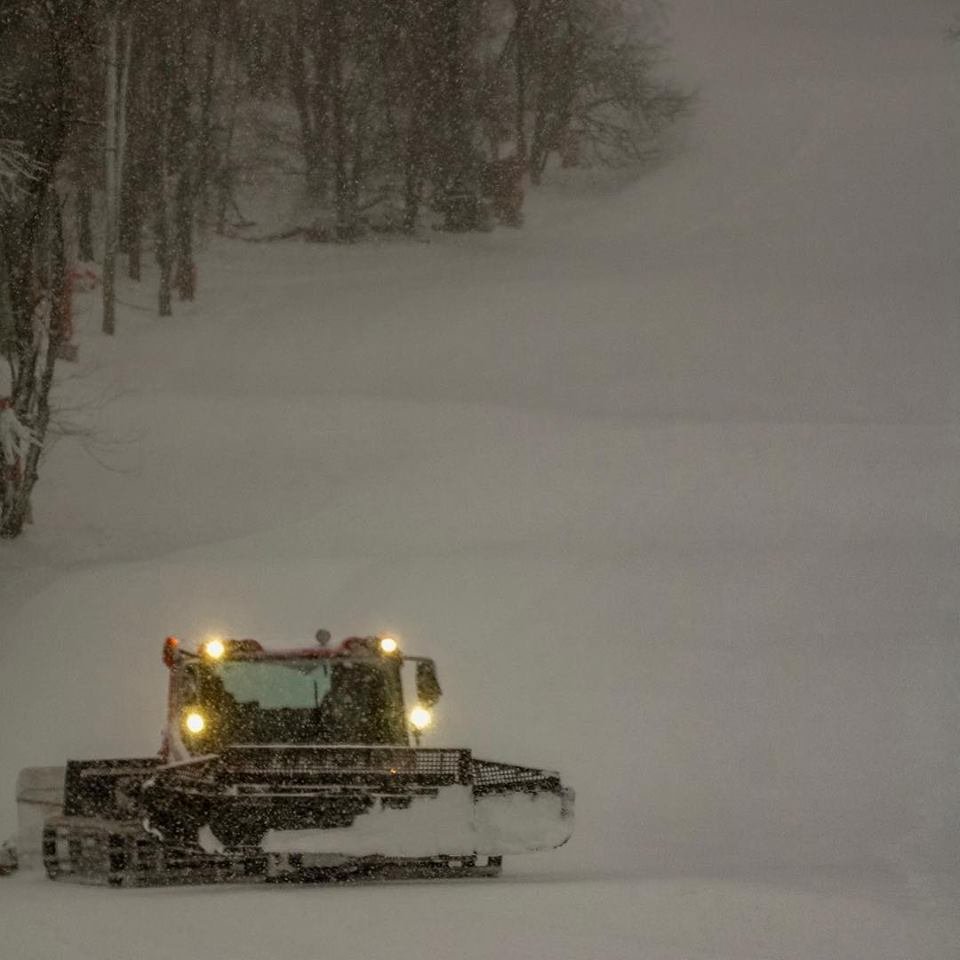 For all those lucky souls who will be skiing and snowboarding today, I am deeply envious.  Many ski areas in the region are reporting several inches of snow this morning and it’s going to be a mini powder day.  Not everyone was lucky enough to receive measurable snowfall, but the cold has returned and we’re seeing widespread snowmaking this morning as a result.  It’s going to be a good day!

The rains of Sunday are a distant memory this morning as the North Carolina and West Virginia mountains are blanketed in a layer of white this morning.  The snow started last night and continues this morning.  Below are some screen grabs of the webcams at Wolf Ridge and Snowshoe Mountain this AM.

Mike likes to say that snow trumps everything and that is so true.  Snowfall totals are on the moderate side at best but everyone is pretty stoked on it nonetheless if social media is any indication.  Speaking of those totals, let’s take a look at them.

Once again and has been the case all winter, it’s another light to moderate snow event.  However, for once this season West Virginia is not the winner.  That doesn’t happen very often.  Beech and Sugar Mountain in the High Country of North Carolina can gloat today and say they have seen the most snow of any resort in the region.  It shouldn’t come as a huge surprise though as those two ski areas are usually favored in events like this.  The system definitely overachieved though as totals for them have already exceeded the forecast.  I could be mistaken, and I’d need to look back, but I believe this is either the biggest or second biggest snow event for them this year.  It’s got to be top 3 at least.

The snow will taper off today with another bit of accumulation possible, but the snowmaking should continue into tomorrow.  Every resort was able to make snow overnight with the exception of Bryce.  That could be a mistake on their site as it hasn’t been updated in forever.  Other than that, you can expect to see a fresh layer of man-made snow, in addition to the natural stuff, at all of the other ski areas in the region.  It’s going to remain cold today and as I mentioned yesterday, every resort should be able to keep the guns going today and tonight if they want to.

I also mentioned yesterday that the weather outlook for us was much improved compared to what we thought last week.  Brad Panovich reiterates this in his latest video forecast.

That is one active storm track we’re about to see.  We’re still a few weeks away from President’s Day weekend but it is already looking promising for folks who have a trip planned.  Trail counts and snow conditions are already superb, so some natural snow with plenty of snowmaking mixed in over the coming weeks could take things to the next level.

In addition to that active storm track in our immediate future, I’m seeing some buzz on Twitter about the second half of February seeing a return of some more extreme cold.  If that were to happen we would be looking at a pretty epic February.  It would also be the third month in a row with good weather for cold and snow lovers.  I’m getting ahead of myself as we’re not even out of January yet and forecasts can change in a heartbeat, but it does look promising.

If you’re out and out on the slopes today, tag us on Facebook, Twitter, and Instagram.  We’d love to see some pics and/or videos!  If you’re stuck in the office like me, head on over to Resort Cams to check out the snow.  We’ve got cams everywhere.  Enjoy the day!

Previous Post
Ski Southeast Forecast for 1/29/2018: Best Storm track of the season so far.
Next Post
An Excellent Wednesday to Ski or Snowboard