Mild Start to the Week after Wild Weather Weekend 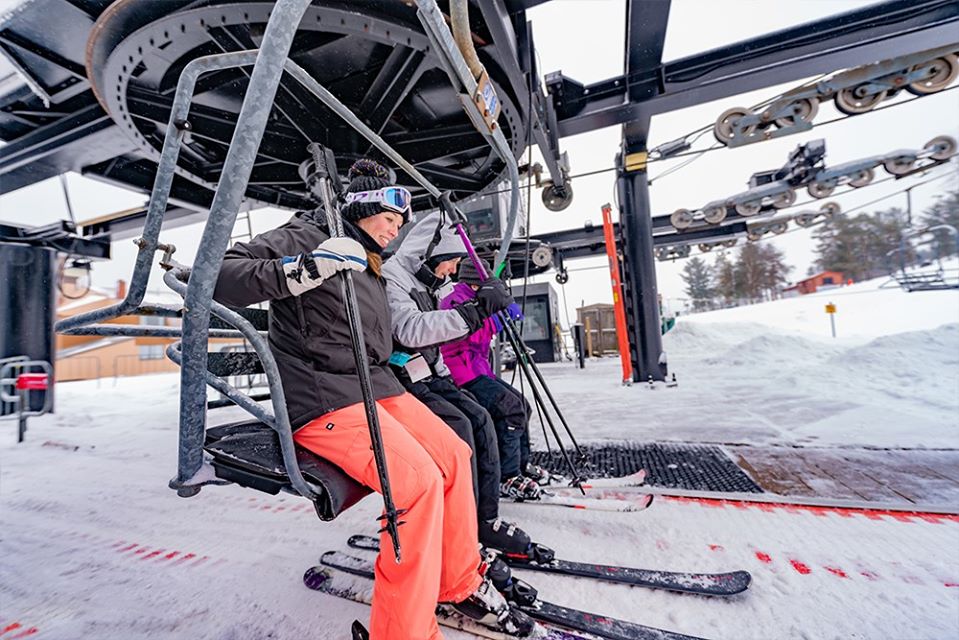 Today’s featured image is from Wisp Resort from over the weekend.

Ma Nature wasn’t so kind to our resorts this weekend with rain and warmth and did a number on the slopes. However, on the positive side, most resorts made it through the heavy rain in pretty good shape.

Most of the southern locations saw 2-3 inches of rain over the weekend (including a crazy amount of 4 inches at App Ski Mountain), while the northern resorts stayed on the lighter side of an inch. 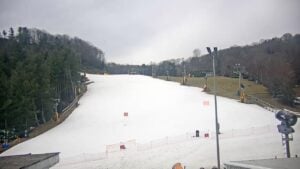 A cloudy morning after the storm at Cataloochee.

Mike did a crazy good job of breaking down the rain totals and effects in yesterday’s First Trax (which you can read here). The rain subsided yesterday providing a beautiful day for skiing and snowboarding.

Over on the Snow Reports page, things, for the most part, were mostly status quo from yesterday in terms of open territory – with the exception of Wintergreen who limited their offerings today.

Also of note, Wolf Ridge announced on Sunday evening that they would temporally suspend operations until Thursday due to the forecast as they try to get prepared for MLK Weekend.

Base depths dropped a little at a few resorts, but those were limited to a couple of inches and nothing like we saw on Sunday where some resorts reported double-digit losses to the bases.

Brutal. However, things will be changing as soon as Thursday this week. 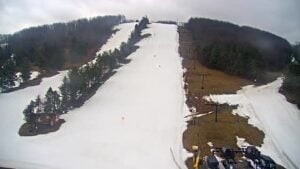 Plenty of snow to play on at Wisp this morning.

Overall, it feels like spring skiing out and there is still snow to play on which is a great thing. With the work that the mountain operation crews have done, conditions are still pretty good all things considered at the southern resorts while conditions are really good at most of the northern resorts.

That does it for today. Until tomorrow, #ThinkSnow and #ThinkCold.

Previous Post
Video Forecast for SkiSoutheast for January 11, 2020
Next Post
Time to Get Serious and Bring in The Big Guy