Meteorological Winter Begins With a Whimper…Until Next Week 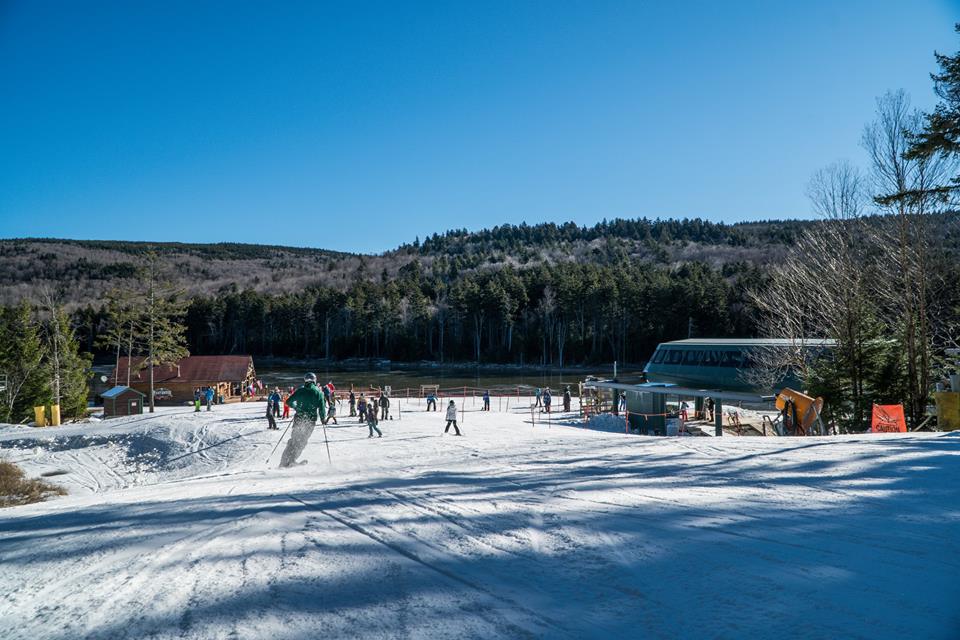 Welcome to meteorological winter everyone!  December 21st may be the beginning of astronomical winter, but weather geeks recognize December, January, and February as the true winter months since those three generally have the lowest average temperatures.  Unfortunately, it’s starting in a rather awful manner for ski and snowboard enthusiasts as the entire week has been on the mild side and we have a few more days of the same.  Big changes are in store for next week though!

The more pressing news this morning is that Sugar Mountain has temporarily suspended operations due to the weather.  They held on longer than I thought they would (they always do) but the snow has just deteriorated too much.  One look at the base cam out there this morning and you’ll see what I mean. 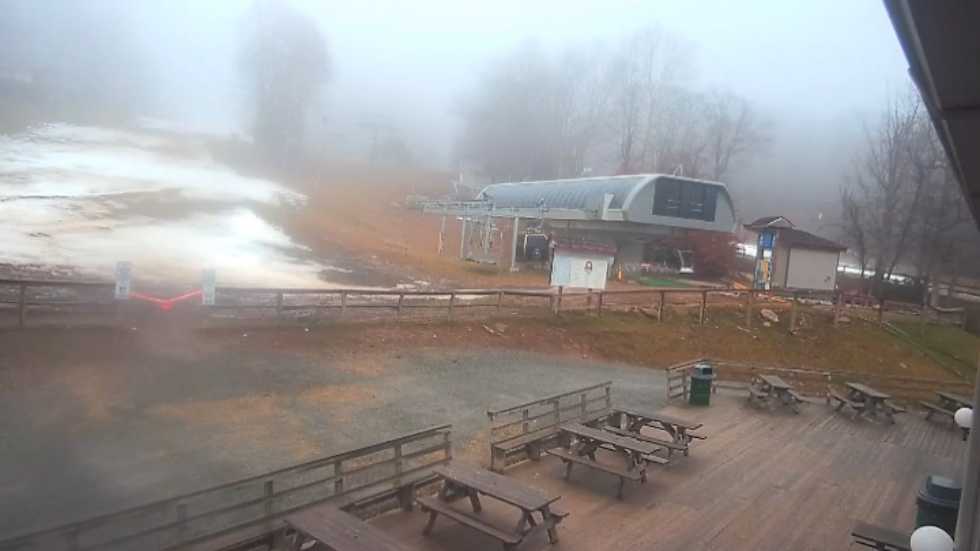 Beech and Cataloochee are the two other ski areas operating in the state of North Carolina right now.  Both are seeing some fog this morning which just eats at the snow.  To be honest, I think they’ll have to follow Sugar’s lead in the coming days and temporarily shut down operations.  It might be this weekend, it might be early next week, but I just don’t see either making it into the middle of next week when the Arctic blast arrives.  If you are planning on going to either resort this weekend I would definitely check their snow report and ours before heading that way just to make sure.

The other open ski area right now is Snowshoe and they seem to be fairing much better than the North Carolina resorts.  The photo at the top of this post is a recent shot from out there and the Shaver’s Centre cam shows a beautiful morning out there with plenty of snow at the top of the mountain. 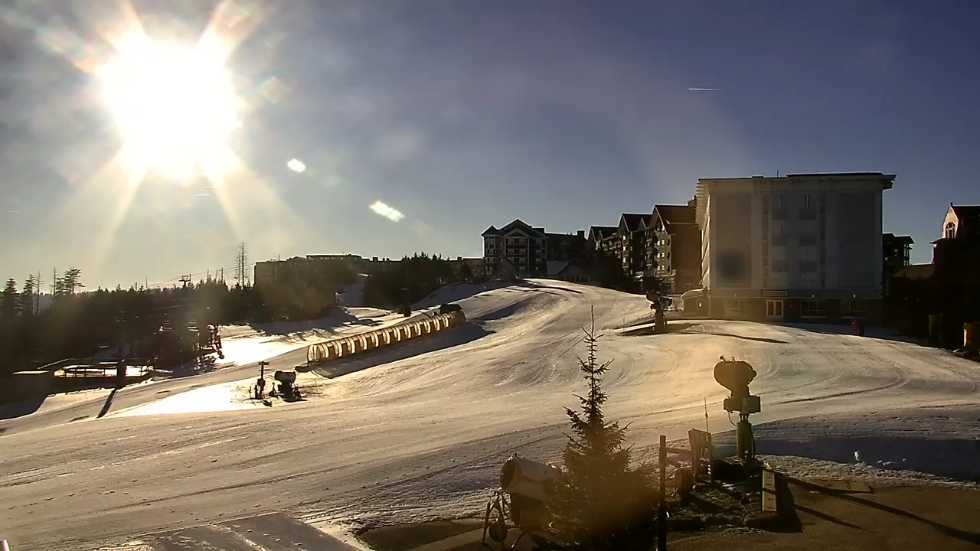 By Monday, the Shoe might be the only open ski area in the region.  We’ll just have to wait and see.

Cold is Coming, I Promise

All week long I’ve been talking about the return of cold and I’m going to continue to do so today.  Actually, let’s let Brad Panovich talk for a bit.  This isn’t one of his Ski Southeast forecast videos but he did make one yesterday where he talks about the region in general.  It’s 11 minutes long, so sit back and relax.

Cross polar flow, full latitude trough, northwest flow snow, blocking…oh my.  That video is just full of terms that I like to hear.   “Great for skiing here in the Southeast” is one of the phrases he uttered.  Yes!

While he mentions snow as a possibility, it’s harder to predict that at this time range.  It looks more and more likely that a bitter cold will invade the region though and that confidence in that is definitely growing.  The best part is that it looks like it’ll stick around for more than a couple days.

Happy Start of Meteorological Winter and it's going to feel like it late next week through the middle of the month. #winter pic.twitter.com/DP29m5A0V7

Around the clock snowmaking mixed in with some natural snow is just what we need to get out of this early season slump.  We just have to make it through this weekend and the first part of next week to get there.  It’s coming though.

A couple of things I wanted to mention this morning…the weather may suck but Cataloochee is having a couple of pretty cool events this weekend, as long as the weather allows it.  The 2017 Ski & Snowboard Swap Shop is taking place on Saturday and Sunday.  You can sale and/or purchase some gently used ski and snowboard gear, with 25% of the proceeds going to the Cataloochee Ski Patrol.

Cataloochee is also holding their annual Can-U-Ski Food and Coat Drive on Sunday.  All you have to do is bring either 24 cans of food or 2 warm winter jackets of good quality and you will receive a free lift ticket.  A free lift ticket and it’s for a good cause….sweet!

This weekend is your final chance to snag a 3-For-All Pass to Snowshoe.  You’ll be able to ski any 3 days this season at Snowshoe with no restricted dates for only $149.  That comes out to 50 bucks a day which is a great deal if you plan on going up there for a single trip or if you plan on doing a few powder days.  Reps from Snowshoe will be at a few spots in Virginia, Tennessee, and North Carolina this weekend selling these passes.  If you can’t make it to any of those locations you will be able to buy it online for $169 beginning next week…while supplies last.

Welp, that wraps up my week on here.  I’m looking forward to actually being able to talk about cold, snowmaking, and natural snow next week.  This week has been a bummer but next week should be fun!

Previous Post
Great Video Honoring Sepp Kober to the National Ski Hall of Fame Medal of Honor
Next Post
So I’m Out of the Loop for a Few Days and This is What I Return to???